Home > Blog entry > Out of left field: A Kyrgyz inspiration for the EBRD

Following the publication of one official and one shadow report on the Kumtor gold mine, Kyrgyz authorities have responded to the calls of Bankwatch and other environmental groups to take a tougher stance on the Kumtor mining operations. The EBRD should follow their example. 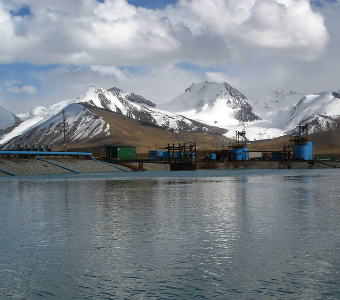 We’ve already discussed Kumtor more than once on this blog, but to quickly summarise what has happened so far:

Last week now, we could harvest some of the fruits of our work: Since the interagency commission had governmental status, its report and recommendations were discussed in both a government meeting and a parliamentary hearing.

During the government meeting, Deputy Prime Minister Aaly Karashev not only acknowledged the report’s findings, but ordered concrete measures (including deadlines for their implementation) to further examine and eventually remedy the negative impacts from Kumtor. (More detailed information on the Kyrgyz government’s website (Russian).)

The parliament decided to form another commission to examine other (including economic) aspects of Centerra’s activities that were not covered by the two reports.

All this is very good news and it is satisfying that our work over the last year hasn’t been in vein. Making sure that detailed, factual and well-grounded information on the Kumtor gold mine and its local impacts are available has been very difficult, especially with the mining company “[controlling] the mine like a private fiefdom, restricting access only to its close associates”.

Environmentalists and local people have complained for a long time. Now experts and finally the Kyrgyz government have spoken in a loud and clear voice. One element that is so far missing in the picture is the European Bank for Reconstruction and Development (EBRD), which has for a long time been too trustful in Centerra Gold and has approved another loan for Kumtor in 2010.

We hope the EBRD is keeping a close eye on these developments in Kyrgyzstan and acts accordingly. Putting aside the particularities of the Kumtor gold mine, the EBRD should take away some lessons from the case for its new Mining Operations Strategy. Bankwatch has offered a few suggestions already last year, among them establishing no-go zones for mining operations. Glaciers should be one of them.

Kumtor is one example where local water pollution has been caused by the mining operations. Furthermore, mining dust and the practice to store waste rock on glaciers has accelerated glacier melting (not predicted at this speed in Centerra’s and the EBRD’s impact assessments).

Ignoring risks like these will only increase the threats posed by climate change – in Kumtor and elsewhere. I urge the EBRD to opt for environmental precaution rather than business interests.

Read more on the Kumtor gold mine on our website.