It’s no secret that Poland is not the biggest proponent of ambitious European climate and energy policies. Rather than give Poland the extra nudge it needs to transform its increasingly obsolete energy system, the Energy Union risks sustaining – and legitimising – the Polish addiction to fossil fuels. 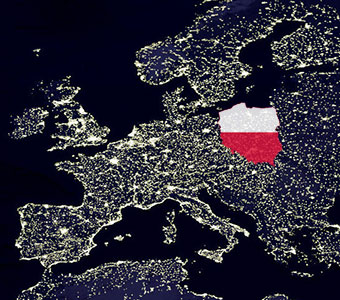 “The idea of creating the Energy Union came to life thanks to a Polish initiative. Now, the project is being carried out,” said Maroš Šefčovič, the vice-president of the European Commission and Commissioner for Energy Union, during his visit in Poland in September/October. Indeed, the concept was first voiced by Donald Tusk, the then Polish prime minister, in the context of common purchasing of gas for the European market. Since then, the Energy Union project has moved away from the initial proposal and developed in a broader – and for Poland, not always welcome – way, to include among others a push for more efficiency and for making Europe a leader in renewables.

From the Polish government’s perspective, this is where problems start – because European solidarity in the area of energy is all well and good, until someone raises the dreaded subject of climate change. When it comes to commitments to decarbonisation and shared responsibilities, the Polish call for more European solidarity, so prominent in the discussion about gas imports from Russia, suddenly disappears.

In fact, Poland has often been the one working openly to weaken EU climate targets, recently in the context of the EU’s 2030 climate change agreement, when a Polish threat of veto put the deal at risk. Our government has a track record of delaying transposition of EU climate and energy directives. It also continues to put the economic interests of an increasingly troubled coal mining sector above any and all environmental and health (pdf) concerns (pdf).

Poland’s hope for a low-carbon development has long been paralysed by an inability to deal with the hard coal-mining sector.

Poland’s hope for a low-carbon development has long been paralysed by the inability of successive governments to deal with a hard coal-mining sector that is constantly on the verge of insolvency, as well as the increasingly obsolete coal-burning industries inherited from Poland’s communist era.

Even key national strategic documents and policies, in particular the recently published Energy Policy 2050 mostly reflect present political interests, especially those of the powerful coal mining lobby. The external costs of pursueing a carbon-intensive business-as-usual are being ignored. Renewable energy is portrayed as a burden imposed on the country by Brussels bureaucrats and not as an opportunity to pursue the long-term interests of the country, its economy and its citizens.

In light of this, the Energy Union, as an EU-wide policy and legal framework, could be an important opportunity to set a clear agenda for the transformation of the Polish energy system.

All the more important, in fact, in light of the recent general election, which put Poland’s energy and climate policy once again on European headlines. The winning party – the conservative Law and Justice (PIS) led by Jarosław Kaczyński – makes no secret of its anti-climate position and promises to do whatever it takes to save Polish coal mines – even renegotiate Polish commitments under the EU climate and energy 2030 package – the same commitments which underpin the creation of the Energy Union.

Yet, in light of the European Commission’s recent Energy Union assessment for Poland (pdf), the hope that an impulse for change will come from the EU is quickly disappearing.

The document praises Poland for being on track to meet its 2020 energy and climate targets but a closer look makes it hard to be excited about that. Since 2000, Poland’s greenhouse gas emissions have remained more or less constant, at around 85% below 1990 levels – and this has happened without much extra effort, as the bulk of the reduction took place in the 1990s as a result of the transformation to a post-communist economy. Moreover, Poland was actually allowed to increase its emissions not included in the EU’s Emissions Trading System by 14% above the 2005 baseline.

In Poland, almost 45% of the so-called renewable energy is produced through co-firing – the simultaneous burning of coal and biomass. Co-firing consumed almost 40% of public subsidies to renewable energy between 2005 and 2012.

Another Europe 2020 target obligates Poland to reach a 15% share of renewable energy sources in gross final energy consumption. With the current 11.3% Poland indeed seems on track to reaching it. Except what counts as ‘renewables’ is a different question. In Poland, almost 45% of the so-called renewable energy is produced through co-firing – the simultaneous burning of coal and biomass – which could hardly be called green energy.

With regards to transposing the EU Renewable Energy Directive the Energy Union assessment reads: “Poland engaged into a long-term process of reforming its support system for renewables and reducing administrative barriers to market entry for renewables.” This is one way of saying that Poland was almost 5 years late with adopting a dedicated renewables law and reforming a dysfunctional support system based on green certificates. Due to this faulty system co-firing consumed almost 40% (pdf) of the already meagre public subsidies to renewable energy between 2005 and 2012.

But the true danger of the Energy Union assessment of Poland lies not in the unearned praises but in framing energy security only as stable and diversified gas supplies and increased interconnection capacity – which, in the case of Poland, is mostly related to coal power plants. This could mean perpetuating the country’s dependence on fossil fuels.

Energy security, particularly in the context of Russian gas imports, has become a hot topic in Polish public discourse. The prevalent response is to shun any restrictions on the use of indigenous energy resources, such as coal and shale gas. But we cannot discuss security of supply without honestly addressing the worsening situation on the hard coal market and the adverse impacts and external costs of fossil fuel mining and burning.

Even more so, we cannot discuss supply without first addressing demand – and prioritising energy efficiency measures over new generation and transmission projects is missing from the Commission’s assessment. Poland’s economy remains one of the most energy-consuming in Europe, with energy intensity more than double than the EU average. Energy poverty remains a widespread problem, with more than 20% of Poles not able to afford comfortable temperature at home during winter, mainly due to the poor energy standard of residential buildings.

As the Commission’s assessment points out, the Energy Union strategy must indeed help Poland “strengthen the targeted use of financial instruments for increased investments [in energy efficiency]”, but simply throwing money at Poland is not going to be enough. Investments in energy efficiency across all sectors, particularly in the housing sector, are indeed urgently needed – but to be effective they must be based on clear and focused strategies and a solid legal framework, not least the long overdue transposition of the EU energy efficiency directive.

Something else is conspicuously absent from the Energy Union assessment of Poland – and that is renewable energy. The Commission’s review quietly overlooks both the huge potential (pdf) for the production of clean energy, particularly in small, decentralised sources, and the fact that political support for the development of renewable energy sources is almost non-existent. Investments in wind, solar and small biogas are lagging because of the unstable and often outright unfavourable investment environment. Policymakers have openly been opposing renewables, even actively trying to dilute provisions to introduce feed-in-tariffs for micro-installations in the recently adopted renewables law, even before they take effect in 2016.

In the official discourse, renewables continue to be depicted not as an opportunity for innovation, sustainable growth and green jobs, but as a risk to the stability of the power grid and a financial burden to end consumers. In its silence, the Commission’s assessment is a lost opportunity to change this discussion.

One sentence by Šefčovič, during the Polish stop on his Energy Union tour, captures the Brussels method of dealing with Poland. “Coal should stay in the national energy mix, but it must be clean,” said the Commissioner, making sure not to antagonise his hosts.

In fact, echoing the Polish government’s rhetoric, which has repeatedly pushed coal under the umbrella of sustainable energy solutions, this could well fall under the Energy Union’s “Research and Innovation” pillar. For Polish policy-makers clean energy often means more efficient and modern coal burning, upgraded smart grids which would minimise transmission losses from coal burning, and coal-based district heating as a solution to air pollution.

The Energy Union concept might have originated in Poland as an idea of common gas purchasing, but ultimately it is the myth of “clean coal” which could become Poland’s true imprint on the shape of the Energy Union.

The final decision on a country’s energy mix remains its own – but there is a clear and urgent need for the Energy Union strategy to put more emphasis on transforming the energy system in Poland, shifting focus from security of supply to decarbonisation, moving towards small-scale, decentralised renewables and greater energy efficiency – especially in the coming era of a PIS government.