Poland’s application for free emission allowances is a disgrace to European climate goals. If granted, the country’s fossil fuel centred plans would mean a step back for Europe’s plans to decarbonise its energy sector. 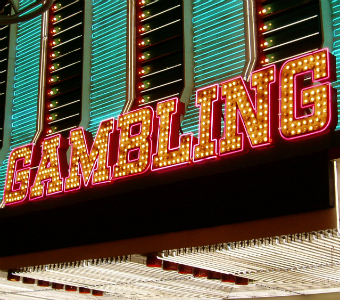 Poland, who has just recently blocked more ambitious emission reduction goals for Europe, is trying to place further road blocks in the way of Europe’s plans to decarbonise its energy sector.

The country where approximately 90% of electricity production comes from coal, has requested over 405 million free CO2 emission allowances under the EU Emissions Trading System (ETS) legislation. A considerable portion of these allowances however is disputable. As European Parliament member Bas Eickhout has highlighted in a written question to the European Commission, Poland’s request is highly questionable and fundamentally contradicts the purpose of Article 10c of the ETS directive.

By exempting new EU member states from the obligation to buy all the CO2 emission allowances for their power sector Article 10c allows these countries more time to diversify their energy mix and lower their dependence on fossil fuels in the period 2013-2020. If granted, these free allowances can be allocated to functioning installations and such for which the investment process was physically initiated by the end of 2008.

In exchange for the free allowances, the applying member states are obliged to invest an equivalent amount of money (as the emission allowances’ market value) into energy efficiency measures and other technologies that reduce their energy system’s carbon emissions and lead to the diversification of their energy supply.

A national plan listing these investments had to be submitted along with the application for a derogation from the ETS.

Firstly, “[m]ore than half of the Polish investments in the national plan […] would lead to a continued dependence on coal.”

Concretely, Poland’s national plan includes 16 coal-fired power plant units that are still to be built. This would factually mean that the free emission allowances will neatly fit into Poland’s plans to construct a capacity of 11 300 megawatts of coal power by 2020 (dwarfing the currently installed renewable energy sources). 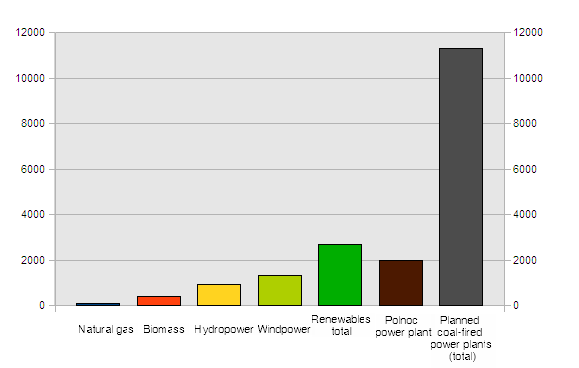 If built, the new coal power plants will emit more than 47 million tones of CO2 per year or 1 504 million tonnes from now until 2050, while the EU roadmap 2050 puts their profitability at risk due to the rising costs of emitting CO2. So instead of using the opportunity to prepare for an inevitable future and to diversify its energy sector by investing in renewable energy sources, Poland stubbornly pursues the short-sighted coal option.

Bas Eickhout therefore rightly asks: “Is the Commission of the opinion that more coal power plants in Poland will lead to the modernisation and diversification of its energy mix?” (By the way, a similar question can be asked with reference to the Romanian application.)

Secondly, “[t]he Polish application contains 14 ineligible coal-fired power plants that were not physically initiated by the end of 2008.”

… and even worse, in nine of those power plants physical construction still hasn’t started, including the one planned in Rybnik, in southern Poland, pictured below. (The image shows the “construction site” for the new unit on November 25, 2010.) 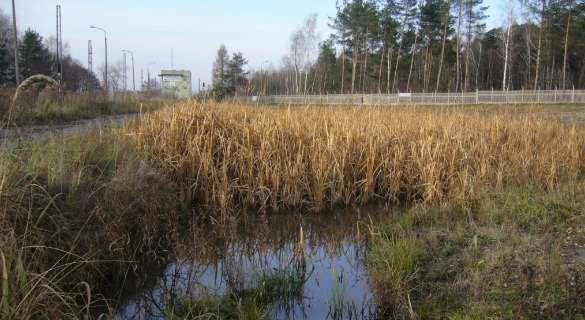 Not enough that Poland ignores the obligation to invest into a diversification away from fossil fuels, it even defies the eligibility criteria defined in Art. 10c of the ETS by including what could be called “phantom power plants”.

How will the European Commission react?

In July, the European Commission will decide on the free emission allowances to be granted. It has the power to reject parts of the application and turn down projects that don’t fulfil the necessary criteria.

Rumour has it that Poland’s veto on higher EU emission reduction targets in March was part of a gamble to have its free allowances granted. The veto would therefore indicate a good chance that the Commission will reject at least part of Poland’s application.

Rumours aside, a sober look at the facts can only lead to one conclusion: not to support Poland’s free-ride on EU legislation, and not to put EU climate policy at risk by playing in the hands of a Polish coal lobby.

The European Commission’s answers (to Bas Eickhout’s question and to Poland’s application) will show how determined the EU is in pushing for a European energy sector that responds to the climate and energy crisis and that avoids harmful business-as-usual solutions.