Private businesses are playing an increasing role in development finance, but their involvement is one of the most controversial issues in the discussion on sustainable development. The Polish government’s support for businesses still lacks clear reference to international standards and guiding principles for operating in the Global South. 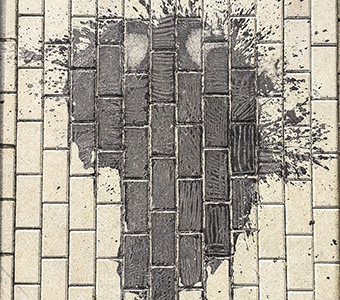 This blog post is part of our work on the European Year of Development. It has also been posted on the official EYD2015 website. Find out more here.

Development declarations after the Millennium Summit in 2000 almost inevitably included demands for a more active and wise involvement of the business sector (the Monterrey Consensus , the Paris Declaration, the European Commission Communication “Agenda for Change”, a document summarising the Rio+20 Conference “The future in want”, etc.). Many donors opened business programmes that aim at establishing public-private partnerships (PPP) and business to business (B2B) partnerships.

While acknowledging the importance of non-state actors, including businesses, in developing countries, civil society organisations have often warned of being too optimistic about the impact of investors who are not rooted in the recipient country and whose primary interest is by definition commercial profit.

Problematic aspects like tax avoidance (pdf) by multinationals, the socialisation of risks through PPPs, and not least social and environmental devastation especially in the wake of extractive industries projects seem to confirm doubts about the contribution that foreign private capital can make to an inclusive and sustainable development.

At the same time, different international fora started promoting responsible practices for doing business in the Global South. Recognising the need for businesses to at least have no negative social impacts, regulations were introduced also at European level, for example on financial transparency and on supply chain certification for (some) conflict minerals.

The problem with many of these initiatives, however, is their implementation. The OECD Guidelines for Multinational Enterprises, for example, provide a set of rules and standards (from human and labour rights to transparency and taxation) for doing responsible business abroad. Yet, the National Contact Points that function as oversight and complaint mechanisms for the OECD’s framework have recently come under fire for being ineffective (similar to other grievance mechanisms (pdf)).

Also the European Commission’s communication from May 2014 “A Stronger Role of the Private Sector in Achieving Inclusive and Sustainable Growth in Developing Countries” confirms a wish to involve the private sector in efforts to promote sustainable development and recognises the associated challenges. But it is only an incentive for more responsible action, not a clear definition of rules associated with the support of the private sector through public funds.

All in all, while businesses already play an increasing role in development finance, commitments to social responsibility remain only commitments and the mechanisms to hold them to account remain too weak. (Many civil society watchdogs therefore emphasise the need for corporate accountability rather than just responsibility.)

No guidance for Polish companies in the Global South

Also in Poland private businesses are encouraged to invest abroad. Through several publicly funded initiatives Polish companies are supported in their activities in the Global South.

Corporate social responsibility, however, is not only taking a back seat in these initiatives – it is virtually playing no part in them.

None of the schemes includes obligations or incentives for companies to follow best international practices such as those mentioned above. There is also no link to EU or national legislation on policy coherence for development.

The GoAfrica programme, implemented by the Polish Information and Foreign Investment Agency, is a case in point. Equipped with money from the Polish Ministry of Economy GoAfrica aims at promoting Polish companies as reliable partners in selected African markets and supports those companies interested in investing there.

GoAfrica’s budget of EUR 260 000 in 2014 (EUR 230 000 in 2013) is not insignificant compared to the whole Polish Aid Programme for Africa (about EUR 2.9 mln / PLN 12.36 million in 2013 (Source: Polska Pomoc (pdf)). Interestingly though, the choice of African priority countries for the Polish economy – Kenya, Mozambique , South Africa, Angola, Algeria, Nigeria – has no connection with Polish Aid priority countries.

Neither does the list of the participating businesses indicate that the priorities of the Polish Aid programme are being considered – for eastern Africa these are environmental protection and renewables. In 2013, GoAfrica organised three business missions (to Nigeria, Zambia and South Africa). The biggest group of participants were from extractive industry companies and even the arms industry was represented. This is a worrying sign for the kind of business that Poland wants to bring to Africa.

A close look at GoAfrica’s programme in 2013 reveals no educational activities that would allow Polish entrepreneurs to learn what development cooperation and policy coherence for development is, what best practices the UN and OECD promote for working in Southern countries, etc.

In its given shape, the GoAfrica programme does not include any elements that would help implement international standards for the private sector investing in the Global South. This can not only reduce the programme’s potential but may likely be detrimental to efforts by the Polish Aid programme – especially in view of the extractives and arms industries’ involvement.

Other Polish financial schemes of this kind look similar, including the Polish Export Credit Agency and its corresponding bank (Bank Gospodarstwa Krajowego), or Greenevo, a cyclical competition for Polish companies run by the Ministry of Environment that focuses on the transfer of Polish sustainable technologies to foreign markets.

Without guidance and enforceable standards, private businesses are likely to overlook or undervalue the local context in a country they invest in and the impacts they may have on local communities.

As part of its support for Polish companies investing abroad, the Polish government must provide a framework that ensures that the activities of the private sector in the South do not interfere with the development of these countries – e.g. that it does not eliminate local firms from the market, destroy the environment, or channel its profits through tax havens – and that it optimally supports this development.

One element of this is to ensure that companies willing to invest in countries of the Global South, especially when supported by public money, follow the existing standards of the OECD and the UN, and existing legal obligations under EU law regarding transparency and accountability.