As EU Member States continue to negotiate with the European Commission their spending plans for the next Cohesion Policy funds for 2014-2020, the Polish region of Podlaskie in the northeast proves an unexpected champion for the green energy citizen’s revolution in Poland. 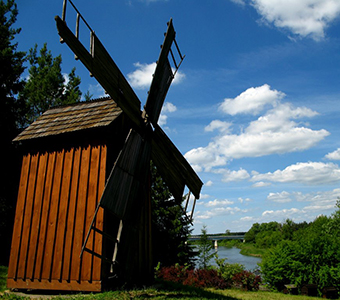 As EU Member States continue to negotiate with the European Commission their spending plans for the next Cohesion Policy funds for 2014-2020, the Polish region of Podlaskie in the northeast proves an unexpected champion for the green energy citizen’s revolution in Poland.

In its draft Operational Programme outlining spending plans for the Commission, Podlaskie’s regional authorities intend to support “an energy revolution, which will result not only in the increased share of renewables in the energy consumption mix, but also make local citizens and entrepreneurs the owners of decentralised energy sources”.

Recognising that efficiency, diversification and local production are key both to ensure long-term energy security and meet the EU’s 2020 climate targets, Podlaskie sees the solution in supporting the creation of a locally-owned, decentralised energy system, that utilises indigenous renewable resources and stimulates local development.

With more than 80 billion euros of available funding, Poland will be the biggest beneficiary of Cohesion Policy funds in 2014-2020. In response to the Commission’s push for greener spending of the EU Budget, Poland will dedicate approximately 9 billion euros to finance low-carbon development, including renewable energy and energy efficiency measures.

Podlaskie stands out as a champion of the citizen’s energy revolution in Poland, but there are also other regions – notably Małopolskie and Podkarpackie – who have expressed intentions to prioritise the development of small, decentralised renewable energy installations. This is particularly important, because it is on the regional and local levels where much of this greener spending will happen and where EU money can be used most effectively to support the development of green energy communities in Poland.

Drafted in Warsaw, the national spending plans focus mostly on large-scale, nationwide investment projects. With around 40 per cent of all Cohesion Policy funds in Poland to be distributed directly by its sixteen regions, local governments decide where the lion share of the money goes and who can play a major role in shifting local development on a more sustainable path.

The 16 Polish Regional Operational Programmes, submitted by the regional authorities to the Commission, outline funding priorities and will guide the investments on the regional and local level for the next seven years. But some Polish regions understand the transformative potential of the new EU budget better than others. Consequently, the resources assigned for low-carbon growth vary across regions, with some planning to spend 25-30 per cent of available funds from the European Fund for Regional Development and others keeping close to the minimum 15 per cent.

With 180 million euros allocated to low-carbon development and 60 million euros earmarked for investments in renewables – compared to approximately 20 million euros invested in renewable energy and energy efficiency in the previous 2007-2013 EU budget – Podlaskie’s local government has the means to support their forward thinking.

This is crucial, because in the continued absence of national laws effectively regulating the renewables sector or recognition of the benefits of local, decentralised energy production, priority support for “prosumers” (producers and consumers of energy, owners of RES microinstallations, producing energy to cover own needs and selling the excess to the grid) could be key to stimulating the shift towards citizens’ power in Poland.

As Polish regions prepare to release the so called “Detailed description of priorities” by-laws, which will include project selection criteria and detailed allocations by investment priorities, it is vital they include provisions allowing communities, cooperatives and individuals to become beneficiaries of low-carbon, energy-related funding. Following Podlaskie’s example, priority should be given to the smallest RES investment projects, in order to use EU money to bring about a new local and regional energy system, one where local people are the owners and consumers of green energy.