Mountain villages in the country’s northeast protest for changes to the routing of high voltage lines in a series of local protests. 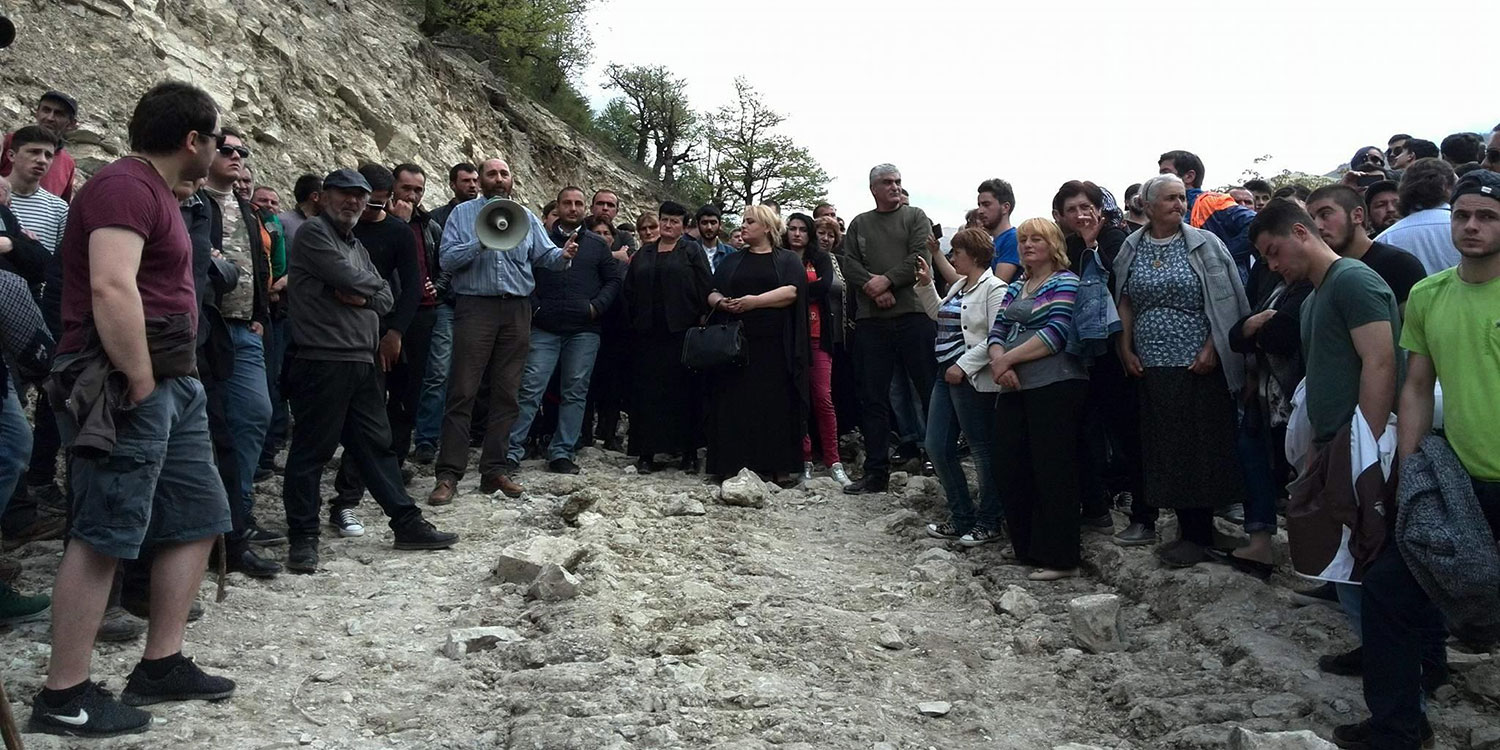 Construction on a powerline in Georgia was put on hold one month ago after villagers blocked excavation machinery in the village of Pasanauri.  About 150 residents contested the routing, claiming that the project threatens people’s health and safety. The police intervened to halt the May 10 protest, which resulted in the arrest of six.

Touted as a strategic energy project by the Georgian government, the 100 kilometre-long Ksani-Stepantsminda power line is part of a broader transmission corridor extension deal that would connect Georgia with neighbouring countries. The powerline would boost Georgia’s electricity exports and cross-border transmission with Armenia and Russia.  But Georgian environmentalists have doubts about Russia’s readiness to trade electricity with its southern neighbor, arguing that Russia has no plans to build connecting lines on its side of the border before 2021. They also argue that the construction of the 500 kV stretch within Georgia has happened without a clearly defined route in mind and proper risk assessment and consultation with the affected villages.

Protests against the high voltage line spread to several villages in the Khando Gorge in the days following the Pasanauri rally. In response to the events, Kakha Kaladze, Georgia’s Minister of Energy, publicly blamed Bankwatch member group Green Alternative for the dissent. Locals and Green Alternative reject the allegations, as villagers say the protest was a spontaneous reaction to the project promoter’s bulldozing over their rights to have a say in the siting of the voltage towers and the size of the buffer corridor. All those arrested at Pasanauri were later released with a GEL 400-600 fine for disobedience, approximately a two month budget for a poor family of four in the mountains.

The Ksani-Stepantsminda powerline is being developed by the state electricity transmission network operator and financed by the German development bank KfW. Green Alternative legally challenged the project’s environmental permit in November last year, claiming that the ministry had rubber stamped it in the absence of a proper routing and risk assessment.

The Ksani-Stepantsminda transmission lines have received the blessings of other international financiers, including the European Bank for Reconstruction and Development (EBRD).  The EBRD financed the Dariali hydropower plant 70 kilometres north of Pasanauri, which is contested due to significant environmental and natural hazards. The electricity generated by Dariali and other hydropower plants in the Kazbegi region should be transmitted the Ksani-Stepantsminda line.  A protest similar to the one in Psanauri over a routing of a powerline connecting the Dariali plant with a substation sparked heated disagreements in the village of Tsdo in May last year.

Doubts about the route of the Ksani-Stepantsminda cropped up in other places like the Sno Gorge. Protests are likely to continue unless the state reviews the route and engages with the affected villages prior to entering with bulldozers.