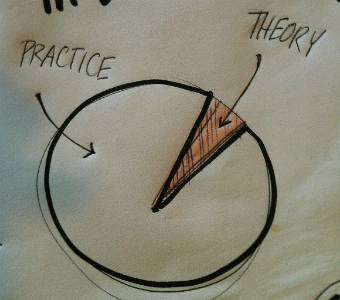 A few days ago I did a double-take when the EBRD sent out a press release calling PPPs in central and eastern Europe “Pretty on paper, poor in practice”. What could have happened to make the EBRD turn against one of its most dearly-held infrastructure funding models? Had a Bankwatch secret agent infiltrated the EBRD media department?

On closer inspection it turned out that the press release accompanied the release of the first Economist Intelligence Unit regional Infrascope study (pdf) for Eastern Europe and the Commonwealth of Independent States, and in fact despite the surprisingly frank headline, much of the study is in fact exactly what one would expect from an EBRD-financed study.

Although there is huge variation in the countries surveyed, none of them are doing well on all the criteria surveyed. Some have better institutional set-ups (Croatia, Latvia), some have more actual projects experience (Turkey, Hungary), some have better legislation (Croatia, Lithuania), but none of them have all the elements that the study authors consider necessary to achieve perfect PPP project.

Even the top scoring country, Croatia, only scores 63.5 out of 100, and let’s face it, if Croatia is the top-scoring PPP country then something is quite wrong.

According to the definition of PPPs used for the study, Croatia has only done three PPP projects – most of the points it scores come from its as yet relatively untested legal and institutional framework.

Our own research on Croatian PPP projects such as the Zagreb wastewater treatment plant and Arena Zagreb shows that in practice they have proved to be very poor value for money for the public.

So it seems that there is wider and wider consensus that PPPs are not doing well in practice in central and eastern Europe. But it is in the reasons given and the conclusions drawn from this experience that the Economist study starkly differs from the increasingly broad range of PPP critics.

Among the prominent criteria measured as an ingredient for success are the legal and institutional frameworks in the countries. Yet while these are obviously needed if a country decides to pursue PPPs, it is unlikely that the best legal and institutional framework in the world can overcome the largest problems with PPPs: the accumulation of off-balance-sheet debts and the impossibility of truly transferring risk to the private sector when essential public services are at stake.

The countries in the region which have implemented multiple PPPs (Hungary comes to mind) have found this to their cost. The study does point out that private partners in Hungary effectively received a guarantee from the government that their costs would be met, thus exposing the government to significant commercial risk. But it appears to suggest that Georgia’s approach of transferring maximum risk to the private sector is a viable alternative. However this is false, as it is usually the public that finally has to pay for any unforeseen issues in projects or service price increases, as the private sector will not be willing to do without profits and the public cannot do without essential services.

The study also cites lack of political support as a reason why PPPs are not doing well in some countries (eg. Hungary, Slovakia) and points to governments not adhering to commitments made by previous administrations, as if this phenomenon is purely the result of fickle governments changing their opinions as often as their underwear. But this is not a cause of PPPs not doing well, it is a result of previous governments implementing poor quality PPPs and/or too many PPPs.

Successive Hungarian governments have spurned PPPs since 2009 not because they are fickle but because previous governments had clocked up high levels of hidden debts by carrying out over 100 PPP projects, some under highly unfavourable terms. Likewise the Slovak government which came into office in 2010 did not refuse to prolong the extension for the financial close of the D1 motorway project because the colour of the project papers didn’t match their suits – it let the PPP collapse because it was extremely expensive and had never been convincingly proved that it was a better option than building the motorway using a usual public procurement model.

Unsurprisingly, such blind spots lead the study authors to the conclusions that 20 years of failure is simply an invitation to try harder. That giving up is not seen as an option is already clear in the Executive Summary, which says “the logic behind PPPs remains inescapable: infrastructure gaps require filling, and governments often do not have enough money or know-how to do it all themselves.” But there is another unmentioned logic which remains inescapable: There is no such thing as additional private finance for infrastructure. In the end the public will always pay, and pay dearly. If the public sector can’t afford to pay directly for infrastructure, then it can’t afford PPPs.

While we wouldn’t claim to have studied every circumstance under which a PPP project could be undertaken and therefore can’t claim that there is never a place for any PPP, 20 years of widespread failure in the region rather suggests it is time to try something else.

The obvious question would be what? The first and main answers are planning, prioritisation, and tackling wastage and corruption. There is no getting around the basic fact that some infrastructure is simply not affordable and hard decisions need to be taken. For that, honest public debate is needed about what are real priorities. Regional governments don’t need to dream up complicated alternatives to public procurement – first they need to get the basics right and learn to walk before they try to run.