The European Bank for Reconstruction and Development praises its own achievements in the agricultural sector. A look at Ukraine, however, reveals how sustainable food provision, local communities and the quality of soil are falling by the wayside with the bank’s focus on big industrial operations. 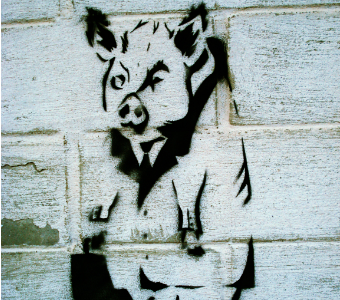 Over the last years, the EBRD has put increasing attention to food security. In 2010 it adopted an agribusiness sector strategy (pdf) – which unsurprisingly focuses primarily on the private sector – followed by the launch of the Private Sector for Food Security Initiative to lead the bank’s operations in the sector.

While the second annual report (pdf) of the Initiative, published two weeks ago, praised the bank’s achievements in the agricultural sector, the bank’s focus on quantity and volume turns a blind eye on the quality and sustainability of food provision.

In its work, the bank frequently grants support not to small and medium private farms, but to industrial farms. Such agricultural giants, in their strive to harvest high profits, tend to leave people and the environment behind, especially in transition countries where landownership and consumer rights are traditionally less pronounced. Their intensive farming results in higher resource depletion and significant social impacts and thwart efforts towards secure and sustainable food production.

The sow stall of Europe

One of the recent examples for said pitfalls can be found in the EBRD’s operations in Ukraine. The country that is often referred to as one of the milestone countries for food production received USD 238 million in 2013 for agriculture-related projects. [1]

Among the EBRD beneficiary companies was Danosha, with a loan over EUR 35 million approved last year. The company, a subsidiary of the Danish Axzon Group, has been focusing on industrial pig farming in Ukraine since 2004. It owns five industrial pig farms in the Ivano-Frankivsk region with a total capacity to host 128 500 pigs. Two additional pig farms are under construction at the moment. Danosha’s crop production, mostly for pig fodder, is part of its full-cycle pig breading.

However, the operations at Danosha’s pig farms are associated with adverse environmental and social impacts. Local communities, suffering under Danosha’s farms have started organising themselves. (Read for example the unlikely story of 83 year old retired teacher Maria Vasylivna Antoniv.) Their long list of complaints regarding the company’s performance includes:

For a complete list of concerns, see NECU’s letter to the EBRD (pdf) from February 5, 2014. 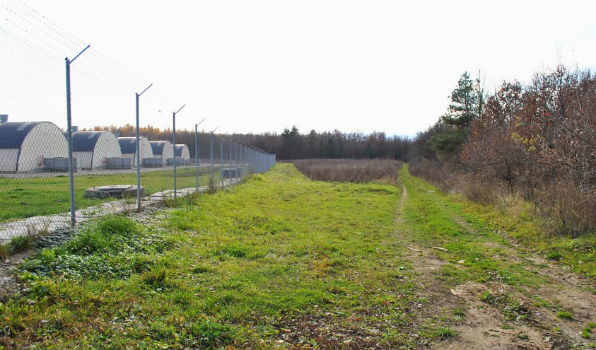 Danosha’s Lany farm (left) and just across the small glade the territory of National Nature Park begins (where the trees start on the right).

Like in many EBRD projects that Bankwatch monitors, the bank was informed in a letter from November 27, 2013 (pdf) about problems with Danosha’s performance before the loan was approved (December 17) – to no avail. The EBRD decided to finance Danosha’s activities regardless. And sure enough, just one month after the loan agreement was signed, locals affected by the impacts of Danosha’s farms filed a compliant to the independent recourse mechanism of the International Finance Corporation, another multilateral funder of Danosha. (Find more information in the letter from February 5 (pdf).)

Instead of targeting its efforts towards more sustainable small and medium scale farms, the bank finances farm factories that may secure food supply at a faster rate, but that result in significant social and environmental problems in the future. (The Danosha loan is not an isolated case. In October the EBRD approved support for another Ukrainian client that causes similar distress – MHP. Again, the EBRD had been informed beforehand.)

Not only does the EBRD prioritise private agribusiness giants involved in unsustainable operations, the bank also poorly acknowledges its responsibilities towards affected communities.

The EBRD filed the Danosha project under the environmental category B, claiming that “potential impacts are site specific and readily identified and addressed through mitigation measures.” This, however, is not the case when it comes to factory farms.

The EBRD’s reasoning for this classification (pdf) is that the loan’s purpose is not the construction of pig farms, but other activities – increase in feed mill capacity, agricultural machinery, construction of two bio-gas plants, etc. Yet, all of these activities are an integral part of Danosha’s bigger investment plans for Ukraine that aim at the expansion of activities and include the construction of the two mentioned factory farms. Had the company asked directly for a loan for the expansion of its facilities – each farm factory under construction will host more than 10 000 sows – the project would have been be classified as A, the highest category of environmental risk, and treated by the bank correspondingly.

Instead of acknowledging these connections, the EBRD washes its hands clean of the significant environmental and social impacts of Danosha’s factory farms and does not assume adequate responsibility.

With the EBRD’s preferred support of large agribusiness corporations I expect the development of large factory farms only to pick up speed. Unfortunately, striving for food security with unsustainable business practices will inevitably lead to increased environmental and social insecurities and will in the long term likely result in damages to the soil that made Ukraine the breadbasket of Europe.

1. This number includes a project to increase debt exposure to the Ukrainian MHP group which involves operations in Ukraine and Russia and is therefore classified as a regional project.