This week, activists from across the world are meeting in Tbilisi to share their experiences of resisting hydropower projects and the money that supports them. 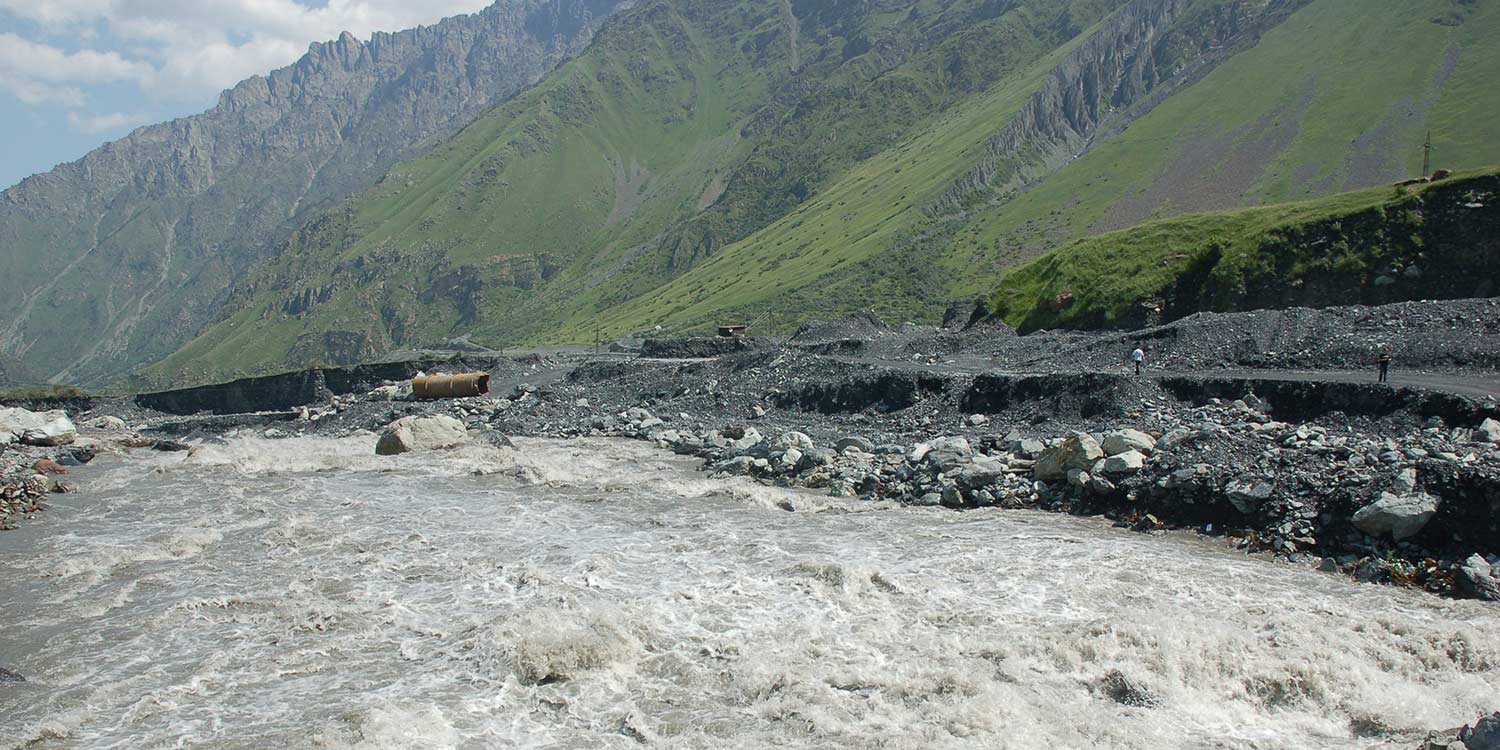 Free-flowing rivers are often the unsung heroes of the natural world. They support immense biodiversity, as in Macedonia, where the Mala Reka nourishes the scenic Mavrovo National Park, the country’s largest. The park is home to fifty animal species, 129 species of birds, and over a thousand invertebrate species – many of which are strictly protected. Despite the park’s incredibly diverse and fragile ecosystem, its river has been threatened by the planned Boškov Most dam.

For years, Bankwatch and environmental groups in Macedonia campaigned against the 68-megawatt project, which would have been built inside Mavrovo. Local activists and international experts alike repeatedly warned that the project would be detrimental both to the park’s fragile ecosystems and the dwindling population of the critically endangered Balkan lynx.

Then, in January, the campaign met with success. The European Bank for Reconstruction and Development, the only financier of the controversial hydropower dam, officially announced it had cancelled its EUR 65 million loan to the project. Ecologists and many others cheered the decision.

The example of Boškov Most and other equally inspiring examples of people power will be on display this week in Tbilisi, where an extraordinary meeting of river defenders from around the globe is being held. Activists from 40 countries battling harmful hydropower and promoting the multiple benefits of rivers are gathering in the Georgian capital to share experiences and discuss potential responses to this complex problem.

It’s no coincidence that the meeting is being held in the former Soviet republic, as the small country has big ambitions to be a major hydro player.

Mountainous Georgia is endowed with rich biodiversity and a plethora of wild rivers, upon which the government is looking to build at least 34 new dams in the country’s northwest to become an electricity exporter. One such project is the 280 megawatt Nenskra dam, which at 1 billion dollars is an attractive investment for the government and foreign firms but which is exacting a toll on the indigenous Svan communities and the primeval nature of the Upper Svaneti region. Having been sidelined from decision making over the project, local residents have mobilised to protest the Nenskra dam and other planned hydropower projects in the region, which they fear could strip them of their traditional livelihoods and ancestral lands.

Residents from Svaneti will be in Tbilisi to share their stories of resistance and hear messages of solidarity from others like those involved in the successful Boškov Most case. They will also be there to learn from activists fighting for their rivers all over the planet.

Activists are fighting for rivers because, despite wins like Boškov Most, rivers and freshwater are facing unprecedented global threats. Chief among these threats is a tsunami of dam(n)ing hydropower plants. According to a 2015 study, “at least 3,700 major dams, each with a capacity of more than 1 MW, are either planned or under construction, primarily in countries with emerging economies.” If all these plans materialise, the capacity of global hydropower would expand by 73 per cent.

Large hydropower has already had a devastating impact on freshwater species: Since 1970, freshwater species have lost 81% of their populations, due in large part to dams. In the most heavily-dammed basins, fish runs have already – in many cases – collapsed: California’s historic salmon runs, for instance, are nearly gone. Further hydropower expansion would decimating the world’s remaining freshwater fisheries, which feed up to 550 million people globally.

Now developers are targeting the Amazon, the Mekong, and the Congo basins, which together contain 18 percent of the world’s freshwater fish species. In the Balkans, where estimates about the number of planned hydroelectric facilities range from 944 to as many as 2700 hydroelectric facilities, some of Europe’s most pristine river ecosystems face irreversible damage.

The expansion would exact a human toll as well. Near these planned projects, the communities that reside there – many of whom are indigenous and maintain distinct cultural practices – face the threat of displacement. All too often, when local residents mobilise to protest, governments respond violently to cull dissent and keep the flow of international investments into their coffers.

A Global Witness study concludes that no less than 15 activists campaigning against harmful hydropower projects were killed in 2015, mainly in the Central American countries of Honduras, Guatemala and Mexico. In other cases, hydropower opponents, who often point to the absence of any meaningful public consultations with affected communities, are threatened, harassed or tortured. Berta Caceres, who had led a local campaign against the Agua Zarca Dam in Honduras and was assassinated a year ago, is but one example.

Advocates for expanding hydropower claim that dams can help mitigate climate change, offsetting the social and environmental price tag. Unfortunately, studies have revealed that dams are a false solution for meeting both the challenges of rising energy demand and the worsening of the climate crisis.

One recent study has found that dam reservoirs have a greater short-term contribution to climate change than earlier thought, specifically due to methane emissions. The researchers found that dams are responsible for more methane – a potent greenhouse gas – than lakes and rivers, and are comparable to emissions from rice plantations and biomass burning. If the global hydropower development continues unabated, this problem will get even worse – in no small part because much of the hydropower expansion will take place in tropical countries where vast amounts of methane-producing vegetation will be flooded.

Civil society plays a crucial role in helping to amplify the voices of local communities standing together against governments and hydropower multinationals to protect their rivers. In Congo, Burma and other places across the world, protests against destructive hydropower projects have already forced decision-makers to change course.

National governments and international bodies are beginning to recognize that protecting freshwater is a top concern. 22 March marked World Water Day, a UN-sponsored recognition of the substance of life, and two recent court rulings, in New Zealand and India, extended the protections afforded by human rights to rivers. These milestones suggest that the numerous benefits provided by rivers (economic, environmental, social and cultural) are finally being given their due.

But protecting rivers requires a concerted global effort. And that, perhaps, is a silver lining in the renewed onslaught of hydropower: Water activists from diverse global movements will be forming connections in Tbilisi this week, uniting to take on the key drivers of the hydropower boom and protect our rivers as a vital source of life.