Life is a living hell for families in Vreoci, Serbia, where lignite excavators have almost reached their houses. As the mine’s financier, the European Bank for Reconstruction and Development must not allow Serbian state utility EPS to create a fait accompli that leaves locals with scraps and without home.

Zvezdan Kalmar, Serbian campaigner for CEKOR and Bankwatch  |  8 May 2017 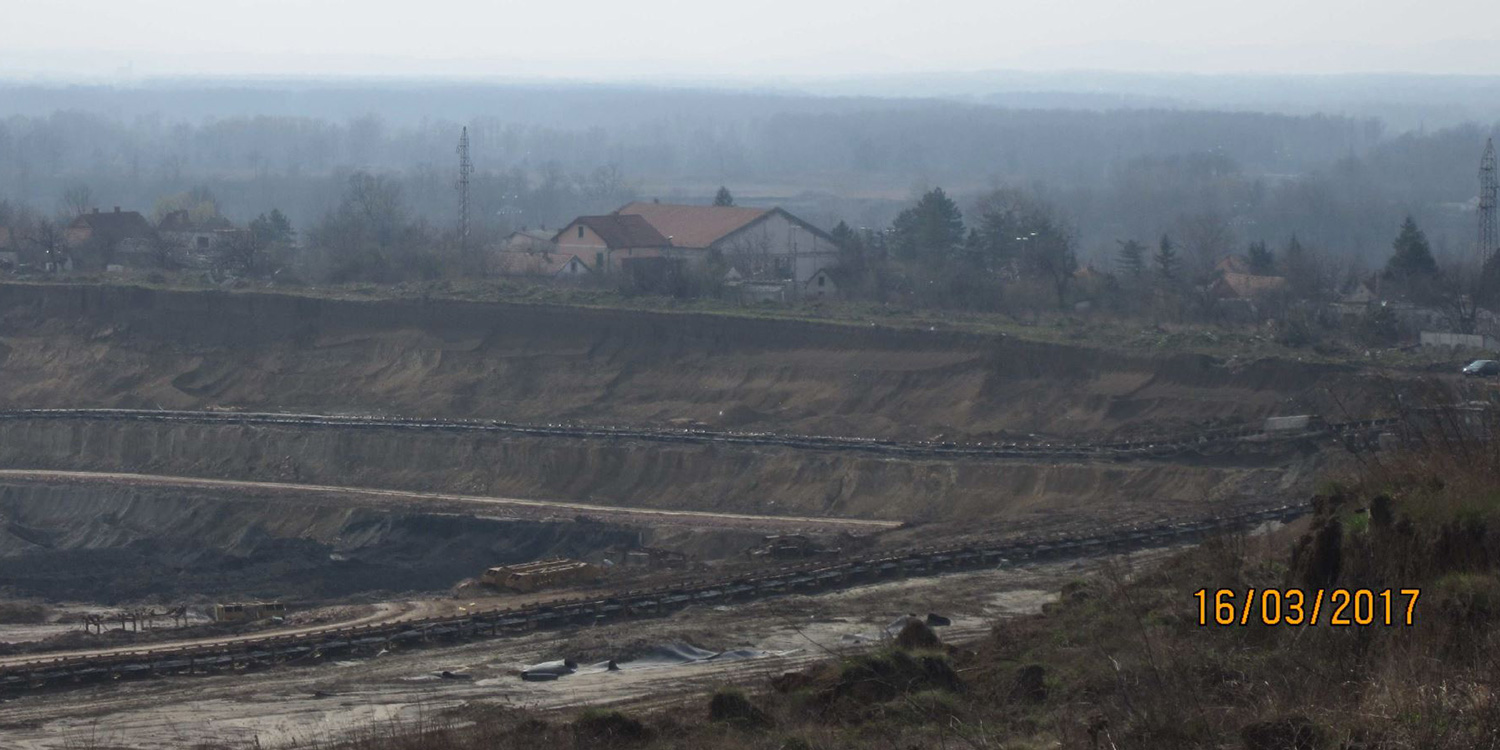 The Kolubara mine encroaching on houses in Vreoci.

Every night in the last few months, Dragan Živanović has woken up to the sound of cracking tiles in his kitchen and bathroom. Neighbours Nebojša and Snežana Mitrović, take turns in walking to the bedsides of their five children to calm them down, as they too wake up crying in the middle of the night, scared by the howling sound of excavators near their house.

The village of Vreoci, Serbia, is home to the Kolubara mine, the country’s largest lignite open-pit, one of the biggest in Europe and financed by the European Bank for Reconstruction and Development. It used to be home to Dragan, Nebojša and Snežana and tens of other families. To them it is now a living hell.

In November 2007, the Serbian Government, EPS – the state-owned energy utility, and the local council of Vreoci agreed on the “Program basis for resettlement of the village Vreoci” according to which the entire village would be resettled by the end of 2015. Not only has this not happened, but the mining works have continued at a rapid pace, closing in on the locals’ houses and causing vibrations, noise and utter fear.

In February this year, in an emergency action, the mining inspection demanded one part of the village to be resettled by mid-April. The justification for this demand is not publicly available, but the locals suspect it was most probably a deep crack in the lignite layer underneath the village.

Everyone impacted expected their households to be promptly evaluated and expropriation money disbursed in order for them to find new homes and relocate as soon as possible. However, it took until April 9 when the expert came to the village to estimate the properties. The expert, however, did not visit all affected people, and even more worryingly, at the time of writing still no inventory of property has been produced.

Two weeks after the deadline given by the Mining Inspection and five families haven’t even received a paper listing their possessions, let alone receiving any compensation.

In 2015 the EBRD provided a EUR 200 million restructuring loan to the state-owned utility EPS that had among its conditions that a resettlement framework is to be developed, followed by specific resettlement action plans to be agreed on with affected communities. However, although the EBRD has been notified by EPS that the resettlement framework has been published, the document is nowhere to be found, and it has not been consulted with the communities or Serbian civil society organisations that follow the case.

Contacted by two locals in Vreoci in a desperate attempt to improve their unbearable situation and to speed up the fair resettlement process, the Bank is backing its client’s solution to offer temporary housing to the families living now closest to the mining front. However, once out of their homes and out of the excavators’ way, those people will be in a ‘grey zone’ and in a vulnerable and disadvantaged position to accept a final solution that may not be to their satisfaction. The locals have requested suspension of mining works in dangerous proximity to Vreoci until a final compensation is agreed and the families can relocate safely.

The EBRD annual meeting is taking place next week. The situation of Vreoci and several other villages in the Kolubara mining basin in Serbia, in connection with the restructuring loan that EPS has received, is definitely a hot potato for the meetings.

Looking at the ongoing detrimental impacts of EPS operations on local communities and the violation of the legal framework of Serbia one should ask what does restructuring mean in the EBRD’s and EPS’s view and at what cost can it be accepted?