In Upper Silesia, Poland’s main coal region, it is difficult to find anyone who still believes that coal has a future. The region needs help in dealing with the environmental fallout from decades of a coal-centred economy and a platform to debate and define its destiny. 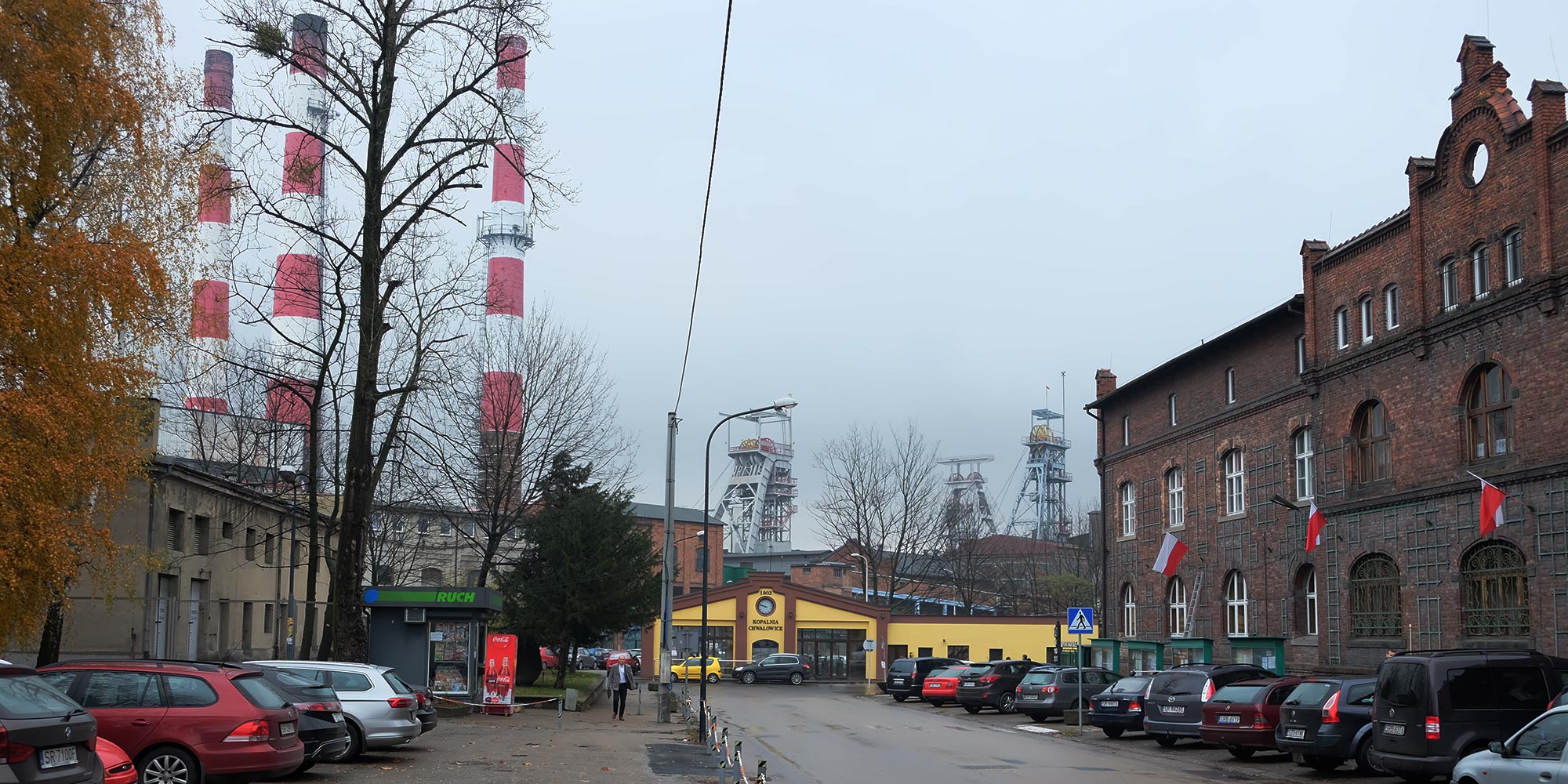 Having heard so many times that Silesia’s coal is Poland’s national treasure and the foundation of the country’s energy security, it was striking to find how bleakly the people there see the prospects of the mining sector.

During a November visit to Silesia in Poland, a group of colleagues from Bankwatch and its Polish member group Polska Zielona Siec (Polish Green Network) tried to get a better understanding of the situation in a region that hosts most of Poland’s hard coal mines. We spoke to representatives of regional and local authorities, trade union leaders, miners, environmental activists and a researcher studying the sociology and politics of coal.

The trip was a first step of our just transition campaign in Poland. (Just transition is a development model that is based on locally designed public policies that aim at creating the context for fair income and a decent life for all workers and communities affected by pollution reduction measures.)

The miners themselves are perhaps the most pessimistic. What they experience first-hand is a shortage of labour in the mines, as few young people are interested in a miner’s career these days. Those who do get hired often leave after a brief period. A senior union leader at one of the mines told us that the good salaries in mining are a myth and a matter of the past:

Today, young people entering the job get low salaries and it is tough to attract them to the job and to keep them here. People often come and leave after two pay periods because they realise they can get the same pay elsewhere.

At the same time, many experienced miners are choosing to leave, opting for early retirement or collecting their severance pay and setting out to build different careers. The famous perks and ‘privileges’ that miners used to enjoy have been taken away from them one by one.

Even more importantly, the mines are no longer the safe harbours of job security that they used to be. On the contrary, there is a lot of uncertainty as people see first hand that even mines which have not been officially selected for closure are being slowly and quietly scaled down while the ordinary workers are often kept in the dark about the management’s plans.

All this is making people look for brighter prospects elsewhere.

In Katowice, we spoke to a third-generation miner who – despite his strong attachment to, and pride in, Silesia’s mining heritage – had nonetheless convinced his eldest child to study renewable energy. His case seems to be quite emblematic.

Interestingly, many people we spoke to believed that the shrinked mining workforce has not created problems for the job market. Indeed, the average unemployment rate in Silesia is lower than the national average and declining. That does not mean, however, that finding decent jobs is an easy task for the ex-mine workers. Those who face particular difficulties include women over 50 who quit office or cleaning jobs at the mines – only to face low pay and job precarity.

Places where mines closed in the 1990s that had been the main or only employers and municipal taxpayers have been hit the hardest. They are still experiencing the lingering effects of a shock transition: long-term unemployment, dependence on welfare and high crime rates. They badly need help.

With the easily accessible coal deposits largely depleted, extracting coal requires digging ever deeper – sometimes as deep as 1000 metres or more below the ground, where temperatures are higher, conditions more difficult and the methane risk more dangerous. The labour-intensive and costly extraction causes financial troubles for the mines that can hardly compete with cheaper, imported coal. Some even fail to extract the amounts they agreed with their customers.

If domestically produced coal were to continue as the main fuel in Poland’s energy system (as proposed by the government), the mining holdings need to consider developing new deposits. But if they do, they face local community protests or environmental controversies. Silesians clearly have no appetite for new mines, even in areas such as the Paruszowiec district of Rybnik. Even though jobs are badly needed there, a new mine project was successfully stopped by the local community.

That is because the environmental costs of mining and the dependence on coal have been huge for Silesia. The regional authorities have identified environmental degradation, especially air pollution, as well as the extensive degradation of land and urban spaces, as some of the main factors holding back Silesia’s development today.

It is by far too costly for the region to rehabilitate the degraded post-industrial areas, often located in inner cities. But after powering the entire country for decades, the region has been left alone by national authorities.

Much like the region, so have individuals been left alone: current policies that try to address the disastrous air pollution in Silesia emphasise actions by individuals, like reducing emissions from one’s house. But at the same time, Poland still does not have an accessible, universal support scheme for retrofitting single-family dwellings. And people living in apartment blocks in the most deprived areas simply do not have the knowledge or social capital to be able to benefit from the support that is available. The expectation that everyone will somehow manage on their own was one of our most worrying observations.

When we asked people about the causes of the mining sector’s decline, the usual answer was ‘politics’. Some blamed the European energy and climate policy, others the lack of adequate action or strategic vision by the Polish government. But hardly anyone believed that the policies could change.

The expectation of continued decline comes with a saddening sense of disempowerment. With the coal industry, Upper Silesia is quietly losing what used to be the source of its pride and wealth. It is not getting much in return. The mining sector used to organise people’s lives, foster communal ties and people-to-people relations. Now it has been gradually receding and no candidate to take over that role can be seen – a project that would be big enough to bring people together around a shared vision for their region.

The region does have a development strategy, focused on fostering the new economy and improving living conditions, also by tackling the severe environmental pollution. However, there is little alignment between that strategy and the government’s official plans for the coal mining sector.

Strikingly, the region’s leaders have not been involved when the government drafted its new programme for the mining sector, nor have they been invited to the first meeting on the European Commission’s Coal Platform programme. The region hosts most of Poland’s hard coal mining operations, but since the mining holdings are state owned and mining itself falls under the national energy policy rather than regional policy, the regional government is not participating in the debate on the future of the mining sector – even though it will have to bear the consequences of whatever decisions are made.

This sense of not being in control of things is prevalent in Silesia. At various levels, people feel that very little depends on them and that their role is limited to finding a way – on their own – to deal with whatever ‘Warsaw’ imposes on them. The first step of our just transition campaign should be to overcome this sense of disempowerment. Silesia is redefining itself and while the change is seen by many as a threat, it can be turned into an opportunity – if people regain control of their destiny.

Silesia’s greatest asset is not coal, it is the people: the local communities, social organisations, activists, faith groups, local governments, trade unions and entrepreneurs. So far, those people have not been listened to and do not feel that they could be in charge of their collective destiny. A just transition should first of all aim to create a platform for them to talk about their own visions for Silesia.

What we learnt in Silesia is that the coal economy’s days are almost over. Today the region needs to be recognised for the contribution it made to Poland’s economy in the past decades, offered help in dealing with the environmental consequences, and listened to when it plans its own future.