Similar to what we have seen in other countries, when it comes to concrete projects in Slovakia the Energy Union proposals are so far to a much larger extent aiming at security of (gas) supply than they are at decarbonisation. 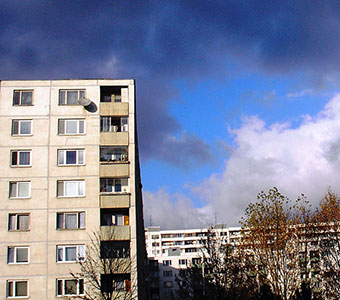 See earlier installations on the Czech Republic, Hungary, Latvia, Croatia and the Western Balkans and don’t miss the next posts.

If there is one thing I have learned about strategies and long-term plans it is never to underestimate the ability to pay lip-service to a new priority while doing business as usual.

As part of his Energy Union tour, the European Union’s Vice-President for Energy Union Maroš Šefčovič visited his home country Slovakia in June. Sentimentality aside, the European Commission’s assessment and vision for Slovakia (pdf), while including some welcomed reference to renewables and energy efficiency, falls short of what is needed to transform the country’s energy sector towards a more intelligent, climate-friendly energy economy with the engagement of consumers.

As we have seen in other countries, when it comes to concrete projects in Slovakia the Energy Union proposals are so far to a much larger extent aiming at security of (gas) supply than they are at decarbonisation. The fact that Slovakia is one of the most vulnerable countries vis-a-vis Russian gas diplomacy is certainly an important factor. The proposals however do no justice to Slovakia’s potential for renewable energy and energy efficiency.

The document includes the formulaic statement we’ve seen for other central and eastern European countries that Slovakia is well on track to meeting its energy efficiency and decarbonisation targets for 2020. It does recognise, however, that „Slovakia still has the fifth highest energy intensity of the economy in the EU, with the industry having large potential for improvement“.

One could argue about the level of ambition of Slovakia’s energy savings targets when we have no problems reaching them even in a scenario that is almost business as usual. A look at graphs showing the development in Slovakia’s energy intensity suggests that the targets were a mere extrapolation of long-term trends in energy consumption (Energy Policy of the Slovak Republic [sk], see page 30). The energy savings so far result mostly from the continued transition of a post-communist economy.

Achievements of Friends of the Earth Slovakia offer good examples for how the development of local, self-sufficient energy systems could be supported. Improving conditions at a local and regional level to systematically invest into local solutions could greatly help renewable energy sources to find their way into the market. For this, Slovakia would need to re-think the distribution of competences and more importantly of financial resources.

The proposals included in Šefčovič’s assessment, however, do not heed these potentials.

Šefčovič proposes „significiant [financial] contributions“ for energy efficiency measures from the European Structural and Investment Funds and the European Fund for Strategic Investments (EFSI) among others. But looking at what has been proposed for EFSI funding, this is not much to hold on to. While refurbishments of residential buildings are few and far between, it is mostly projects of large companies that are proposed for support. It is not obvious to me why a funding scheme that relies on public guarantees should first target virtually riskless efficiency projects that safe corporation‘s costs, while households in central and eastern Europe struggle to set up and finance such measures.

The document also mentions the EU’s Projects of Common Interest (PCI) as a tool to spur market integration of renewables and regional cooperation among Member States. Projects chosen as PCIs are in line to receive preferential treatment and likely funding from European public facilities or bodies such as the Connecting Europe Facility or the European Investment Bank.

Yet, the list of potential PCIs for Slovakia does not include any projects that would help renewables to enter the market. There is for instance the oil pipeline Bratislava – Schwechat leading through one of the most prescious drinking water reservoirs supplying at least a third of the country. And another fossil fuel project that might become a Project of Common Interest is the Eastring gas pipeline which was presented as top priority [sk] during Šefčovičs visit in Bratislava. The project’s consortium is striving to get the pipeline into the new PCI list as soon as possible which would make it eligible for EU funding.

Other major energy projects that are being planned in Slovakia look no more promising. Both shale gas and conventional gas and oil fields are under exploration especially in the eastern part of the country and the construction of a new nuclear power plant is being negotiated between the government and Czech energy giant ČEZ. While these are alternatives to Russian gas (although Rosatom may get involved in the nuclear power plant), they are the opposite of a „wiser energy use while fighting climate change“.

Feed-in tarrifs for photovoltaics were cancelled in Slovakia – for good reason. The first support scheme was set up in a way that benefited a rather narrow group of people and has led to a wide misuse of the scheme. Finding adequate ways to support solar power generation should be explored much more within the Energy Union proposals.

Very promising potential to provide Slovakia with a big proportion of baseload energy lies in geothermal energy. Yet it fails to attract the attention of Slovak and EU decision-makers.

The only largely accepted renewable energy sources in Slovakia are biomass and hydro energy. Biomass in the form of large forests is often seen as „green coal“. It is abundant, supported by state subsidies and EU funding but is weakly regulated which has lead to increasing threat (pdf [sk]) to our country’s forests. Also the state of our rivers is deteriorating as more and more hydro projects are permitted without proper impact assessments. (See for example this map [sk] of the Hron river with 42 small hydro powerplants in operation, under construction or planned.)

Reading the Slovak country paper I found it hard to detect ambitious and structured elements of an energy transition. Instead, Energy Union looks like business as usual for the coming decades while paying lip service to the low carbon agenda.