A leaked document, published here for the first time, that outlines the Slovenian government’s priorities for the EU’s Energy Union reveals a potential conflict with what the European Commission has on offer. Yet, neither promises ambitious strides towards more renewables. 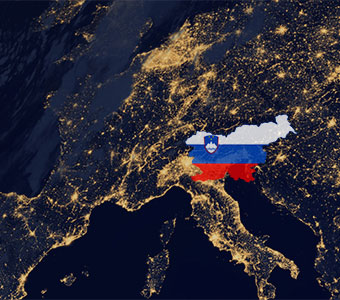 Tomislav Tkalec from Focus, Slovenia contributed to this blog post.

As Maroš Šefčovič continues his Energy Union tour to discuss member states’ performances and their opportunities from the energy initiative, we have an interesting discovery from Slovenia.

The Commission’s assessment for Slovenia (pdf) from July holds no big surprises in that it advocates strongly for gas infrastructure, among others “the LNG terminal in Krk (Croatia) and several gas pipeline projects”. However, a leaked document outlining the Slovenian government’s priorities for an Energy Union reveals a stance that seems to collide with what Šefčovič has on offer.

The document dates from the beginning of this year. Similar to the non-papers from Germany and the UK and the Czech Republic, it was sent to Brussels by the Slovenian government before the Commission outlined its vision for an Energy Union in its February communication.

While the Commission’s outlook on energy efficiency overlaps with that of Slovenia – both stress the importance of energy efficiency and the need for financing instruments, the two don’t see eye to eye when it comes to security of supply.

The Slovenian government writes in its February non-paper:

The emphasis on decarbonisation sounds promising at first but is in fact a cheeky way of protecting Slovenia’s plans to prolong the lifetime of the Krško nuclear power plant from 2023 to 2043 and to build a new reactor there. (Slovenia is also hoping to develop a sandstone fracking project in Petišovci.) But the diversification of gas suppliers and routes, a top benefit for Slovenia according to the Commission’s assessment, are quite apparently not on top of the government’s wish list.

It also suggests opposition to the European Commission’s priority project, the Southern Gas Corridor (SGC). This becomes more distinct when the Slovenian government even suggests clear funding restrictions for the European Investment Bank (EIB) and the European Bank for Reconstruction and Development (EBRD):

“One important aspect that needs to be addressed further within the Energy Union is the financing of big infrastructure projects (transport or energy wise) through European support institutions (EIB, EBRD). All projects, accessing to EU funding, should only be supported if they contribute to the long-term goal of GHG emissions reduction.”

The EBRD has already approved financial support for the Shah Deniz gas field that will supply the Southern Gas Corridor and the EIB is considering a EUR 2 billion loan for the Trans-adriatic Pipeline (TAP), a European stretch of the SGC. (And rather ironically, the two banks financed almost half of Slovenia’s economic and climate disgrace that is unit 6 at the Šostanj lignite power plant (TEŠ 6).)

The collateral damage of this clash in priorities is that neither the Slovenian government nor the European Commission acknowledge the potential for renewables. Between the two, the most likely scenario for Slovenia’s energy sector is one dominated by nuclear and gas. And while nuclear is technically a low-carbon energy source it would also be one of the worst options for a transition away from fossil fuels, loading huge burdens on a small country like Slovenia – be they related to nuclear fuel supply or waste – and increasing its energy insecurity.

Already now, renewables support schemes are being reduced in Slovenia and elsewhere. Since the feed-in tariff for photovoltaics was lowered in 2012 we have witnessed the downturn of the photovoltaic sector. Other new renewables projects are virtually non-existent.

The renewables potential will not be realised if financial incentives and priority projects are not aiming in the right direction. Sinking money into massive nuclear or fossil fuel infrastructure reduces the possibility to support decentralised, small-scale renewables installations that offer both more flexibility and more security.