At a closer look the EBRD’s new energy strategy, complimented for the restrictions it places on coal lending, reveals a shocking lack of operational knowledge to implement the ambitions outlined in its executive summary. 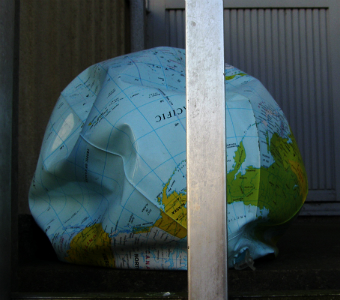 On Tuesday this week, the European Bank for Reconstruction and Development (EBRD) approved a new energy strategy (pdf) that will guide its energy sector investments for the next five years. The biggest news – and a big achievement for civil society – was the bank’s decision to turn away from coal.

I’ve taken the time to analyse the strategy in more detail. While the restrictions placed on coal lending are doubtlessly a great and appreciated step forward for the bank, the rest is a rather disappointing document. I’ll explain why below after offering a short review of what the “no coal” provisions exactly entail.

The most important change that the EBRD’s new energy strategy brings is its shift away from coal. As the strategy document says, the bank will not finance any new (greenfield) coal-fired power plants “except in rare circumstances, where there are no economically feasible alternative energy sources.”

What a turnaround from the bank whose energy director said that opposition to coal was ‘ideological’ a few months ago.

This is a welcome improvement compared to the draft strategy, in which “[t]he Bank anticipate[d] that it will provide its financial support for greenfield coal power generation only on limited occasions.” The final wording is stricter. It also doesn’t ‘anticipate’, but simply says ‘no’.

Compared with the European Investment Bank’s (EIB) emissions performance standard for its energy investments of 550 g of CO2/ kWh, basically ruling out investments in any coal power plant, the EBRD’s coal policy is less ambitious. Instead, the EBRD uses three criteria to decide whether to support a coal project. (Positively, these criteria apply to investments at both new and existing coal power plants.)

The most important criterion is obviously the first one, and the bank will look into energy efficiency, energy imports, renewable energy and other fossil fuel options as alternatives to the coal project proposed. In addition, the project’s host country will need to have in place a policy framework aimed at reducing greenhouse gas emissions.

The efficacy of this criterion remains to be tested. Given the reservations towards renewable energy in the EBRD’s countries of operation I wouldn’t be surprised if the analysis of realistically available options reaches the conclusion that the policy and investment environment makes it unlikely to have investors in new power capacity other than lignite- or gas-based.

In addition, the bank will use a shadow price for carbon and other emissions to assess whether investments are economically viable. The level of the shadow price remains to be set in 2014, but it is unlikely to be on a level below that used by the EIB. Hopefully, the inclusion of ‘other emissions’ means that the health impact of particulate matter, sulphur dioxide, nitrogen oxides, mercury emissions etc. will also be taken into account.

Despite its limitations, the new strategy means no more cases like the Sostanj lignite power plant in Slovenia and it should mean no investment in the Kosova e Re lignite power plant. What a turnaround from the bank whose energy director said that opposition to coal was ‘ideological’ a few months ago.

The devil in the detail

The executive summary of the EBRD’s new energy strategy very much focuses on energy efficiency and evokes a vision centered around secure, affordable and sustainable energy along well-intentioned pillars. Yet, looking into the details in the “operational approach” (what the bank sets out to do) these pillars turn out to be mostly focusing on fossil fuels:

The details on this pillar read mainly as investments in the oil and gas sector. If you bear with me, the following (long) quote illustrates this vividly:

“Recognising the key role of the energy sector in producer countries the Bank will work to strengthen the whole hydrocarbon value chain and maximise the role of energy projects in building more robust economies. The Bank’s involvement can be an important opportunity to promote backward and forward linkages, for example through support for service providers to an oil and gas project, construction of refining or petrochemical plants, downstream processing and marketing activities or economic use of by-products of hydrocarbon activities such as coal waste. In particular support to oil and gas service companies can be a catalyst to introduce international standards in the sector. Although oil and gas upstream and downstream sectors are often considered as a well-funded business dominated by large international companies, transition is, however, contingent on whether natural resources and the associated revenues are developed and managed responsibly over time. The Bank will also support the introduction of transparent, fair and stable legislative and regulatory frameworks for the award and monitoring of subsoil licenses.”

One might think this pillar refers to investments that help transforming the energy sector towards easier integration of renewables, for instance by reshaping electricity grids to adjust to the variability of renewables and making sure that interconnections are used for peak power rather than gas-fired units. Instead, the operational approach includes enhanced oil recovery (pumping water or CO2 into wells to get more oil out of them) and other ‘best practices in the hydrocarbon sector’.

With ‘gas flaring reduction, clean and efficient oil refineries, cleaner transport fuels, gas power plants’ lined up next to ‘resource efficiency’, a more accurate title for this pillar would have been ‘less dirty energy production and supply’.

In the more general outline, this pillar is centred around energy efficiency and transition to low carbon economies. In the operational details, however, the ‘responsible exploration’ and production of oil and gas takes centre stage.

(Apart from these five pillars, the strategy includes also ‘low-carbon transition’ and ‘the wider role of the energy sector in building stronger economies’.)

What a contrast to the executive summary. And surely nothing that I would expect as actions to bring about sustainable production and consumption of energy and a low carbon transition.

The good news on coal is further offset by the fact that the bank opens up to unconventional oil and gas. This is a bad policy signal to a few countries in Europe (Poland, Ukraine, Romania) that seem to be hypnotised by shale gas promises. Portraying these very controversial energy sources as a viable option for EBRD funding (read: subsidies) will likely reduce investment incentives in energy efficiency and renewables.

Still, the bank indicates that the technical and regulatory conditions in Europe determine very limited engagement in this sector in the new energy strategy’s period (2014-2018).

Overall, the new EBRD energy strategy is a comprehensive document, but it is as if someone sprinkled oil and gas everywhere. It requires a clean-up. It is not enough to acknowledge that there is a climate-change problem (as the EBRD’s energy director Riccardo Puliti did in an interview with Bloomberg). Ending subsidies for the fossil fuels industry is among the most crucial “actions to be undertaken in order to solve it” (Puliti).