New comprehensive assessments of project alternatives, climate risks, and environmental and social impacts are necessary if the project will ever restart. 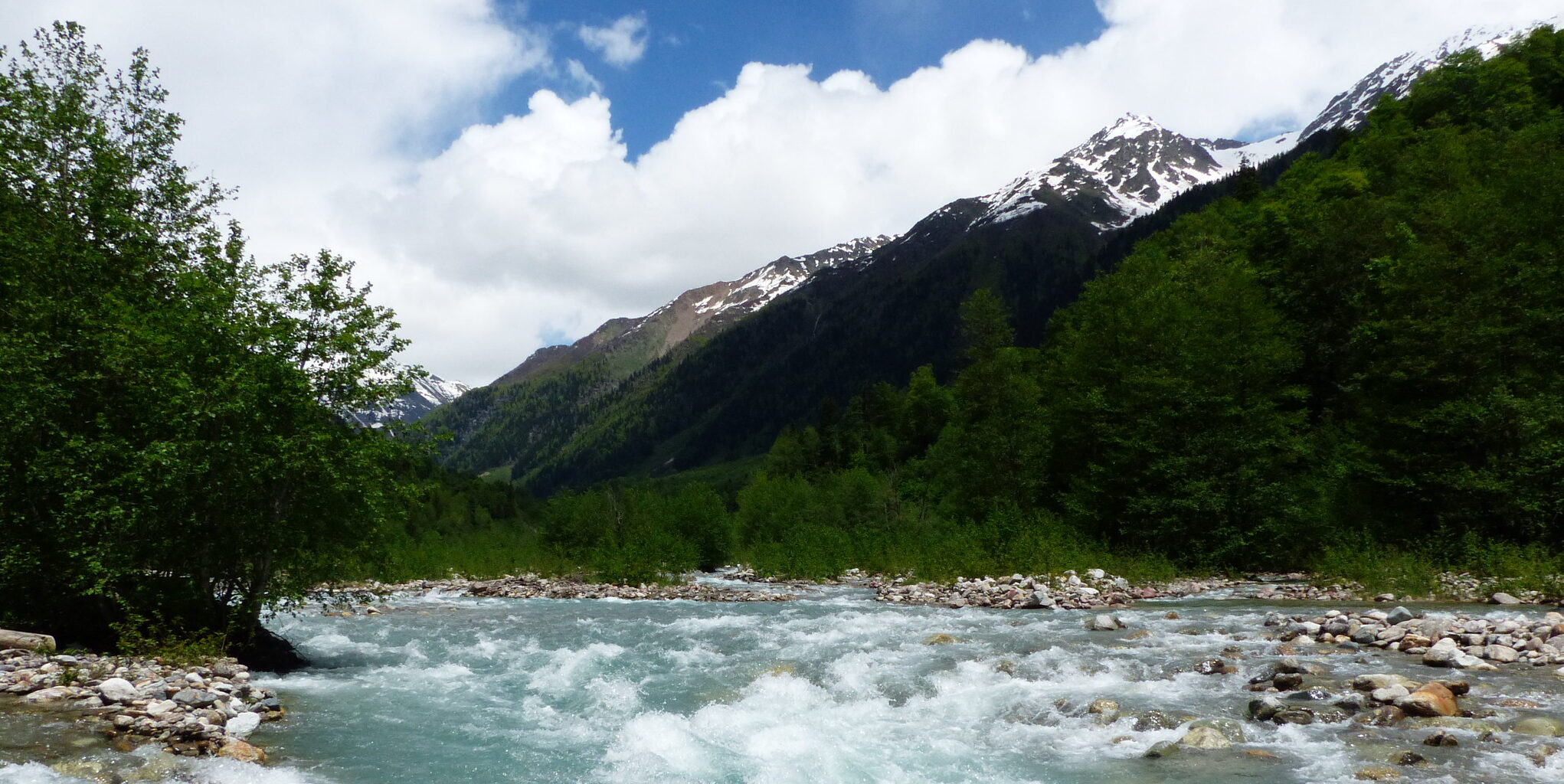 Almost two years after Salini Impregilo, a major construction company, mysteriously abandoned the Nenskra hydropower plant (HPP) project before construction had even begun, activity on the project remains at a standstill. Salini Impreglio’s replacement has still not been selected: official sources have yet to confirm media reports about the selection of Hyundai Engineering & Construction (Hyundai E&C) and Turkish Limak as winners of the USD 737 million tender for the Nenskra Engineering Procurement and Construction (EPC) contractor.

Once the selection of the EPC contractor is concluded, the new company will almost certainly propose changes to the project design, including  changes to the locations of project components such as the dam wall and the derivation channel. The conclusions of ongoing studies on the impact of climate change on the Nenskra project should be taken into account when these changes are designed. The project site is located under glaciers, so climate change poses severe risks to both the project and, importantly, to local villages that have experienced regular floods in recent years.

Project financiers have informed Bankwatch that the costs of the project are expected to increase and no progress is expected before autumn. Nenskra Hydro clarified in media interviews that the Memorandum signed with the Georgian government will be changed and all the major parameters, such as tariffs and project costs, will be agreed in negotiations with the EPC contractor.

As we speak, the Nenskra project’s costs continue to grow and to pose a threat to the fiscal stability of the country. Electricity purchase prices are fixed in US cents in the Nenskra project contract, and the depreciation rate of national currency is extremely high. Thus, the project is expected to drastically increase electricity prices and create energy security problems in Georgia, even worse than was previously predicted in 2018 by a World Bank study. 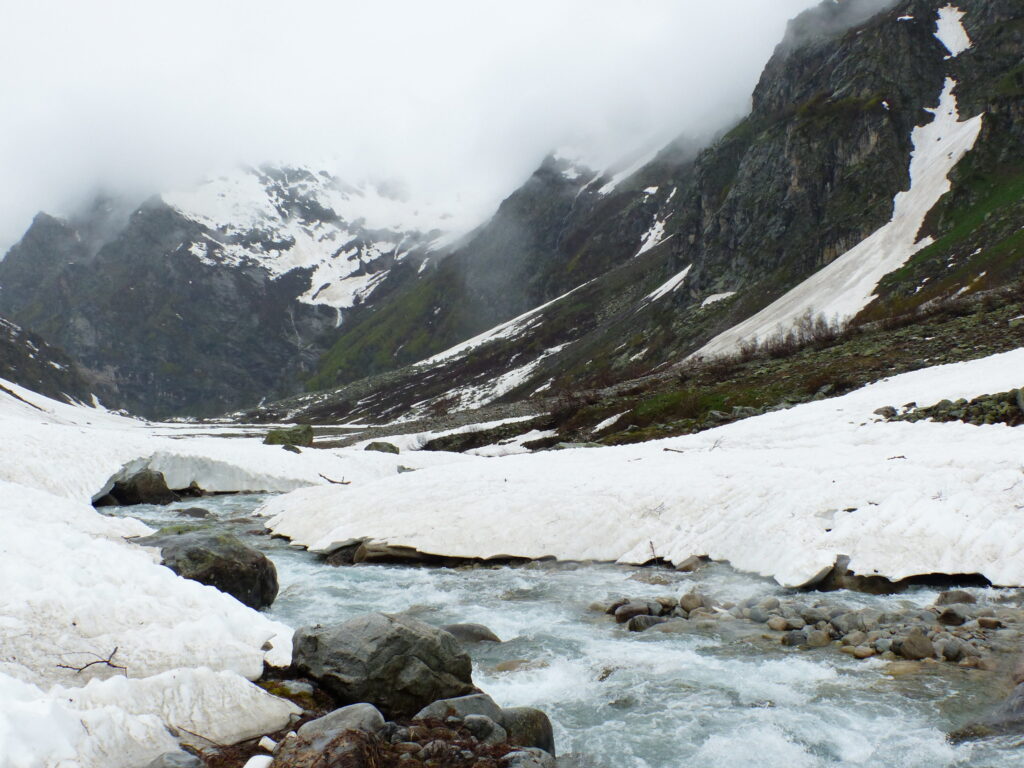 Works on the ground

The Nenskra HPP project schedule is expected to be even further delayed, as Georgia announced a state of emergency due to the global COVID-19 pandemic in March 2020.

Yet just a few days before the state of emergency was announced, the project company tried to end the project’s long standstill by organising a public meeting with the affected community. The public protested in view of health and safety concerns, so the meeting was cancelled.

However, Nenskra Hydro requested from the Georgian government to be included among the companies that can continue their economic activities during the state of emergency.

In the first days of April, the company announced that ‘as [Nenskra is] one of the major infrastructure projects it will not stop even under [the] general quarantine announced in the country’ and that the active process of construction is ‘underway at several locations at the same time in Chuberi: six bridges with a capacity of 100 t; widening of the road and arrangement of rock layers; preparing the foundation for the pipe-bridge; excavation of fundamentals of the so-called Residential Buildings for Operators Village, etc.’ According to the statement, up to 300 people are employed on the project. 130 of these employees are local, and they all work in full compliance with the sanitary-epidemiological norms, in accordance with WHO recommendations and regulations established by the Government of Georgia.

However, according to local sources, until now almost all preparatory works have been stopped, with few expectations. In addition, there are concerns that the company owes local employees at least three months of salaries. Some works have been restored only after they received a promise that salaries will be fully covered in the beginning of  April.

The Prime Minister of Georgia promised that after the COVID-19 emergency, Nenskra Hydro would be one of the priority projects, together with other planned hydropower projects. Meanwhile, the EBRD announced that it is stepping up cooperation with Georgia during the crisis, as it is ‘working to support the upgrade of the electricity grid to further support the renewable energy generation sector’.

Stakeholder engagement in times of lockdown

As Nenskra project promoters appear determined to unblock the project, questions arise about the legitimacy of a possible project restart at a time when there are significant challenges to proper public participation. In the current emergency situation, the Georgian Government has decided that the scoping and public hearings for Environmental Impact Assessments will not be conducted as required by national law (and international standards), but will instead be substituted with electronic communication. In response, Georgian civil society promptly demanded that all decision-making on environmental matters that is not urgent in nature be suspended.

In a rapid response to the crisis, international financial institutions are issuing solidarity support loans that undergo streamlined procedures of approval. This situation provokes additional concerns about lack of transparency, inadequate due diligence and ability to closely oversee project appraisal and implementation in line with their safeguard policies and good governance standards.

In the case of the Nenskra HPP project, no corners should be cut. To avoid doing harm to local communities and their unique culture and environment, all comprehensive studies and public consultations should be conducted to the highest standard of compliance with the policies of its international financiers. Before a new project design is considered, a comprehensive study of project alternatives is needed, among other additional studies, to justify the safest and most economically feasible option – both for Georgia and for the local communities.