Already mired by controversy, the billion dollar Nenskra hydropower plant is now facing another major hurdle as the company contracted to realize the project is now leaving it. 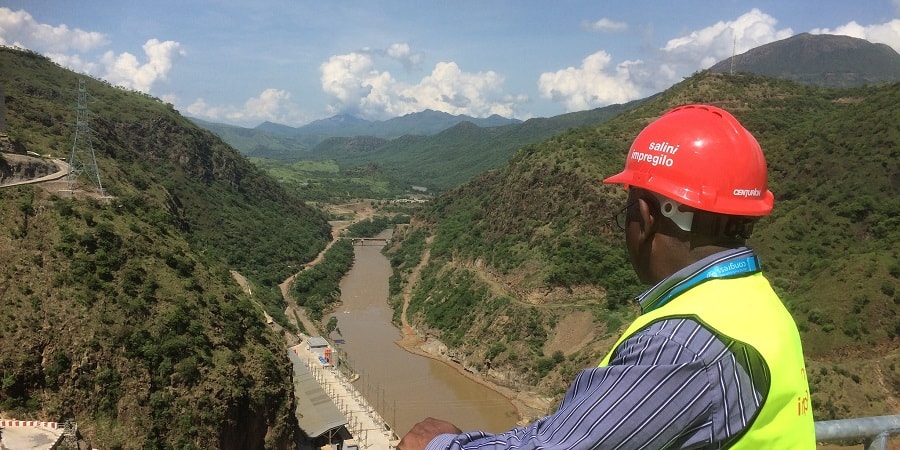 The USD 575 million worth contract between the Italian construction company Salini Impregilo and the project promoter was signed in August 2015. But with increasing tensions with the local communities and the growing criticism from civil society, the massive Nenskra project has since become a hot potato.

Speculations about Salini’s exit from the project have circulated since at least half a year, but a sentence buried down a statement published on October 18 by the project promoter JSC Nenskra offered the first public confirmation. According to JSC Nenskra, the contract was mutually terminated by the parties, but it remains unclear what led to this move, as well as the terms of Salini’s departure.

For one, Salini owns all the technical documentation related to the Nenskra project, and unless otherwise agreed between the parties, its departure would mean that a new contractor would need to start from scratch, or at least review the available documentation and make the relevant amendments. This would necessarily entail a serious delay in the implementation of the project, and in turn incur substantial additional costs.

The latest warning for investors

In January 2018, the European Bank for Reconstruction and Development (EBRD) approved a USD 214 million loan for the Nenskra project after the decision had been postponed multiple times, and despite civil society groups repeatedly warning about the dire impacts of the project and its highly questionable viability.

In an interview to Georgia’s First Channel on the day JSC Nenskra published its statement, the EBRD’s then Director for Caucasus Bruno Balvanera said the bank has recognised there are issues with the engineering company and it is therefore pausing the process since there are only few companies in the world that can implement a project of this scale.

The Nenskra hydropower project has also received a USD 150 million loan from the European Investment Bank, and a number of other international financial institutions have been considering supporting the project. Yet, this development is but the latest warning sign for any international investors – such as the AIIB and the ADB – who are contemplating such engagement, let alone the Georgian government which continues to promote this highly problematic undertaking. 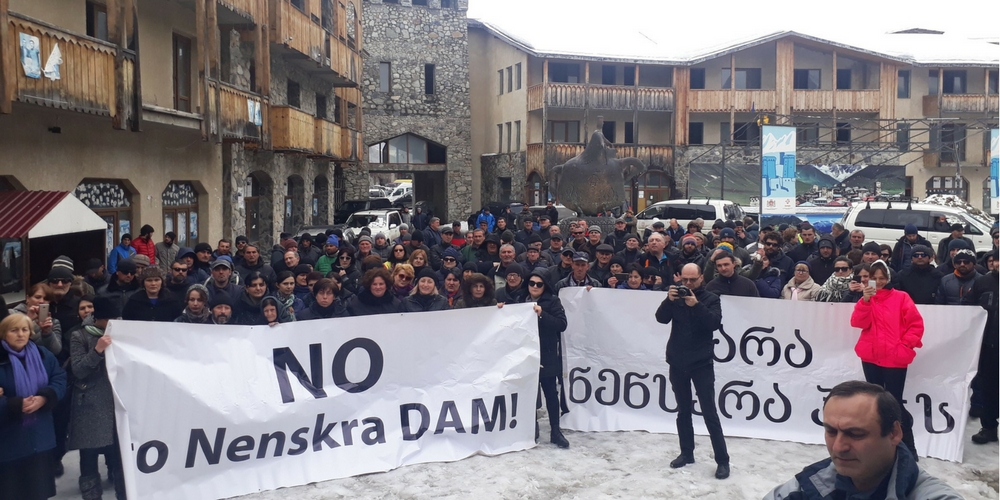 During the three years that it has been involved in the Nenskra project, Salini has failed to meaningfully engage the local residents. Community members have organised several rallies in the region and in the capital Tbilisi to protest the project and the international financial institutions’ role in enabling it. In an unprecedented move, in March this year representatives of all Upper Svaneti communities convened a Lalkhor, a Svan Council meeting, to publish a joint declaration asserting Svans’ status as an indigenous people, and opposing development projects such as the Nenskra hydropower plant that endanger local ecosystems and communities’ livelihoods.

In fact, Nenskra is not the first controversial hydropower project Salini has been involved in. Much like in Upper Svaneti, the Bujagali hydropower project in Uganda has seen communities and international civil society protesting the lack of public consultations, loss of livelihood and inadequate compensation as well as resettlement of local residents. In Sierra Leone, the notorious Bumbuna dam, whose construction began in 1982, has been plagued with allegations of corruption, technical problems and tensions with the local communities.

A report published by Bankwatch and Campagna per la Riforma della Banca Mondiale in February 2008 looked at the range of social and environmental impacts of the Gilgel Gibe III project in Ethiopia and Salini’s role in it. Therefore, civil society groups familiar with Salini’s past involvement in controversial hydropower projects have voiced their concerns about the way the company would implement the Nenskra project.

JSC Nenskra expects to complete the project in 2021, and the statement it released two weeks ago insisted that works at the site will resume in November with the construction of two bridges. But as a new constructor to replace Salini is yet to be identified, it remains a mystery who exactly will be carrying out the work. Moreover, due to changes in its technical parameters, the project also lacks a construction permit. Therefore, JSC Nenskra’s plans to resume construction of the already controversial Nenskra hydropower plant next month look particularly questionable.