It is fitting that we use today to reflect on the European Investment Bank’s new Strategy on Gender Equality and Women’s Economic Empowerment: 8 March is International Women’s Day. Adopted at the beginning of this year, the strategy complements the ban 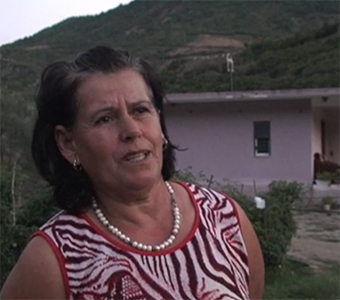 Natasha Ceta outside her home in Buzuq, Albania.

It is fitting that we use today to reflect on the European Investment Bank’s new Strategy on Gender Equality and Women’s Economic Empowerment: 8 March is International Women’s Day. Adopted at the beginning of this year, the strategy complements the bank’s existing social policy and reflects the equality principle of the EU Charter of Fundamental Rights. The document sets three objectives for the bank: “to ensure that gender specific impacts are considered and addressed across the bank’s activities, to ensure equal access to the assets, services, benefits and opportunities generated by EIB Group investments and to increase women’s participation, on equal terms, in the economy and labour market.”

A good place to start with applying the new gender strategy is the Trans Adriatic Pipeline (TAP), which the EIB is currently appraising to the tune of EUR 2 billion. The construction of this gas pipeline through Greece, Albania and Italy has already led to a number of social and environmental impacts. Depriving women a fair compensation for the loss of their livelihood in Albania is another serious risk that should be subject to due diligence.

In Albania, TAP runs through rural areas and has caused temporary and permanent disturbances to the farming that serves as the main source of income for many of the families. Although TAP has paid compensation for the loss of land and assets, neither TAP’s social and human rights assessments nor its compensation management plans acknowledge the broader problem of gender inequalities in access to property registration.

According to customary law (Kanuni), women have no right to inherit property of any kind. They cannot inherit it from their parents, but should take part of their husband´s family property. Women are also not able to control the property and so must rely on their husbands’ will. This situation often worsens in cases where a husband leaves the country for work, dies or divorces his spouse.

During the privatisation that followed the end of communist rule in Albania, land and other properties were redistributed to families and registered with the head of the family. Traditionally, the head of the family was its oldest man, who was sometimes not even a spouse but a father-in-law. In this way, women were effectively eliminated from owning property and subsequently running a business or participating in local decision-making.

Since then Albania has adopted several laws to address these inequalities. Civil servants are now obliged to register a property’s co-owner, including spouses. While the situation is improving, barriers to these inequalities are strong and difficult to tackle: a lack of awareness among local authorities and women especially in the countryside and the strong roots of tradition are just two such impediments. More broadly, the United Nations Food and Agriculture Organisation found that still land tends to be registered in the name of men and estimated that women account for only 6.47 per cent of total farm managers in Albania.

That TAP has not noticed this problem is alarming, as it shows an ignorance of the challenges to land compensation, because it has not adopted any measures to ensure equal access by men and women alike to compensation. This oversight may not go unnoticed by the public financiers. The EIB’s new gender strategy is intended to tackle exactly these types of situations, so hopefully the bank undertakes a thorough due diligence of the gendered impacts of this project and develops a corrective action plan if the equality principle has been breached.