On 27 July, the most polluting coal power plant in Romania was shut down. After more than 50 years in service, the Mintia power plant is closing because it has failed for a long time to comply with the legal emissions limit. The European Commission sent infringement notices to Romania five years in a row for non-compliance with the Industrial Emissions Directive. At the same time, two units at Oltenia Energy Complex, Romania’s largest lignite power producer, will be closed by the end of the year. For Romanian coal power, this is the beginning of the end. 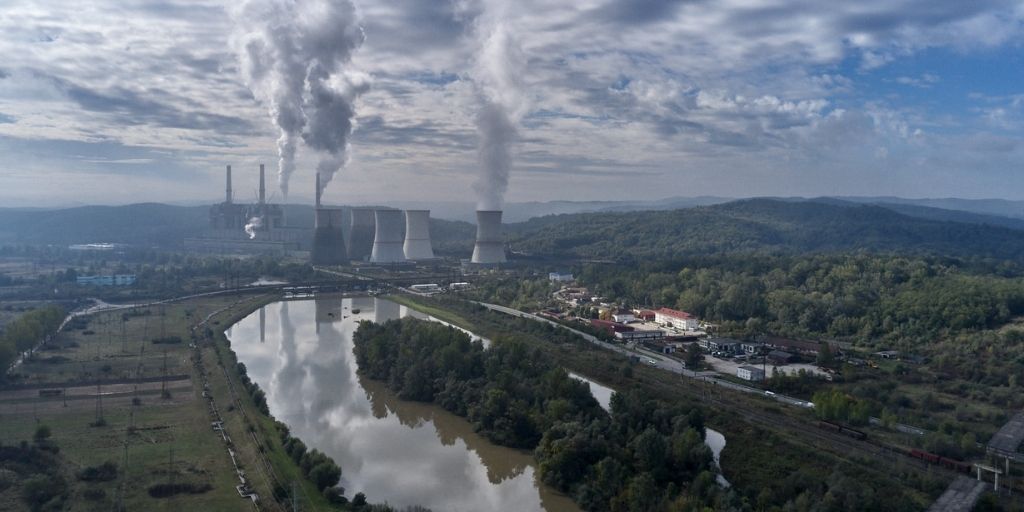 But as the country moves to end its dependence on what was once called ‘the black gold,’ decision makers need to avoid some serious pitfalls. Chiefly, Romania’s departure from coal must happen more quickly and it should be replaced by renewables, not fossil gas. Decision makers also have to ensure that this transition is done in a fair and inclusive way, that this historical shift leaves no one behind.  At long last, the Romanian Government announced in June that it will phase out coal by 2032. But questions abound. The National Recovery and Resilience Plan, which stipulated this date, states that a timeline for the process will be developed by the end of 2022, and that a coal commission will be established. Yet it gives no details such as when the commission will be set up, what its responsibilities will be and who will be its members. The plan also doesn’t clearly specify whether the phase-out refers to all coal or only hard coal.  In response to a request for information from Bankwatch Romania on the type of coal that will be phased out, the Ministry of Energy simply cited the importance of energy security for Romania.  Bankwatch Romania wants to support the safe closure of plants and mines, with the fewest negative economic and social impacts possible. This is why we think it is important to know where we stand now. In order to better understand the impact of coal in Romania, we have compiled a report about all the coal assets in the country.

Why we need an earlier phase-out

IPCC scientists say the entire European continent should give up coal by 2030 in order to meet the climate goals of the Paris Agreement, the most important of which is to limit global warming to 1.5°C. We are close to missing this target, according to the first chapter of the recently published IPCC 6 report. This is why we call for a coal phase-out in Romania by 2030.   Coal is the fuel that emits the most carbon dioxide and is the largest pollutant nationally and globally. In total, in 2019, Romanian coal-fired power plants were responsible for 35 per cent of the emissions from all industries.   In addition, coal combustion emits pollutants such as sulfur dioxide (SO2), nitrogen oxides (NOx), and fine particles (PM). These are associated with a number of health and environmental problems, including an increased incidence of asthma and bronchitis and acid rain. According to 2016 data, coal-fired power plants in Romania are believed to be behind around 500 premature deaths annually and over 11,000 cases of respiratory diseases. So, stricter emissions limits, and, ultimately, giving up coal, would save lives.   Starting this week, industrial combustion plants are required to comply with new EU emissions standards under the Industrial Emissions Directive. Only two coal units in Romania will remain non-compliant, as Oltenia Energy Complex already announced it is working to upgrade its coal-fired installations. But the two other units – one unit at the CET Govora power plant and another at CET Iași II – will have to face penalties or shut down.

The closure of Romania’s most polluting power plant was good news, but this was done in a chaotic way, without plans for retraining workers. The 700 employees were only offered compensatory payments or early retirement. Such an approach did little to help their reintegration into the labor market, as many were left without a primary source of income.  And it’s not looking better for employees at the units of Ișalnița and Turceni power plants, slated to be closed by end of the year. The plans foresee laying off 700 employees, of which 480 will receive a monthly supplemental income, and no opportunity for retraining.  Romania’s coal sector currently employs a total of 16,000 workers, and the just transition plans now under consideration should provide alternatives for all of them. The Territorial Just Transition Plans (TJTPs) of both coal regions – Hunedoara and Gorj – mention the need for reskilling programmes, but until now very little has been done to implement them. There is no concrete plan for what these reskilling schemes will look like, and they will not be here soon, as authorities expect the TJTPs to be approved only at the beginning of 2022.

Fossil gas – a threat for climate and the economy

More or less, all eight coal plants in Romania are expected to be switched to fossil gas. Oltenia Energy Complex plans to switch Turceni and Ișalnița by 2026. The Energy Strategy also mentions Craiova II, which will be outsourced to the local administration, but there is no timeline. There is also no plan for Rovinari, as it is foreseen to operate well beyond 2030.  The plans of another utility, Hunedoara Energy Complex, are particularly blurry. Both the Mintia and Paroșeni power plants are expected to switch from coal to fossil gas according to the company’s transition plan as well as the national Energy Strategy and state officials’ declarations. But, so far, no concrete steps have been taken and no timeline has been made publicly available. Local authorities in Iași also said the local power plant might switch to a mix of gas and renewables, with the help of European funds.   Yet, this is the wrong direction. Replacing so many coal plants with fossil gas is at odds with tackling the climate crisis and is also an economic risk. Methane releases, either accidental or planned, have repeatedly shown to be outweighing any climate advantage fossil gas has on coal. Besides, to reach net zero emissions by 2050, gas plants also need to be phased out by 2040. Instead of wasting public funds on decommissioning units built 10 years earlier, investments need to be directed to renewable energy sources.   It is still unclear how the Romanian government will handle the coal phase-out. Just before we finished writing the report, news reports suggested that CE Oltenia will shut down nine of its 12 units and keep the rest for balancing. But one thing is certain: in order to plan for a real decarbonisation of the economy, it is important that all relevant actors participate in the decision-making process around the coal phase-out law. Bankwatch Romania will support the involvement of the local community to make sure the best solutions available are taken into consideration and offset the previous damage coal has caused.