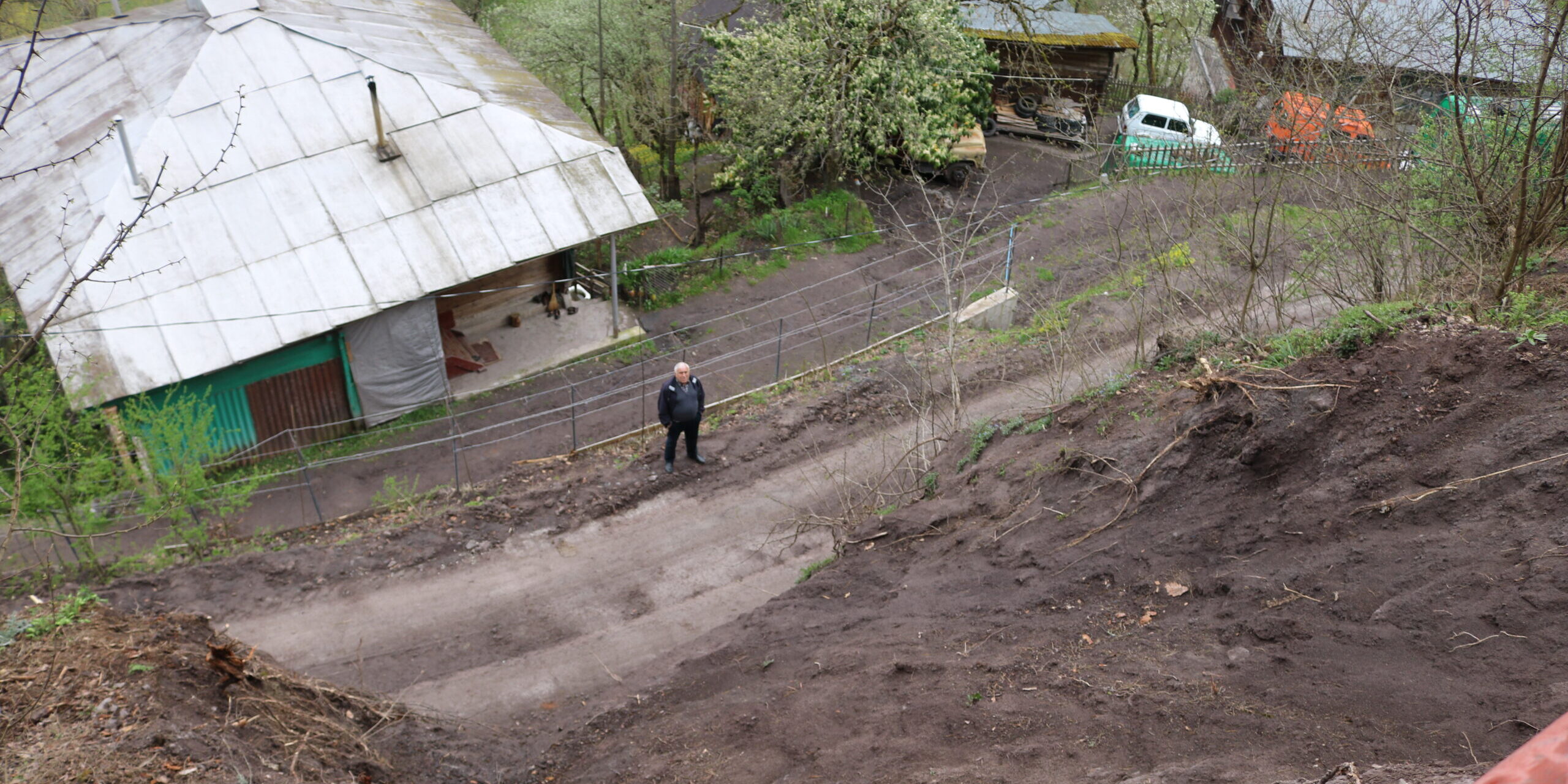 Landslide near the tunnel of Georgia’s controversial Shuakhevi hydropower plant

When it rains, Mamuka Tsetskhladze and his family don’t stay at home. Not because they love to be outside during heavy rains in the mountains of Shuakhevi, located in Adjara, Georgia. But because there is a large piece of land next to their house that could slide any time and bury the Tsetskhladzes’ house.

It almost happened on 22 March 2021, when there was a landslide near the tunnel of Georgia’s controversial Shuakhevi hydropower plant. The tunnel lies under the village Nigazeuli, near the Tsetskhladze’s house.

‘We did not sleep all night. In the morning, all of this land had slid. If it rains, we can’t sleep at night. We go to our neighbours’ or cousins’ houses… And if this big mass of land moves, and it is expected that it will, we will be under a big threat’, Tsetskhladze said.

Some locals, including Mamuka Tsetskhladze, say that the construction of the tunnel for the power plant could be among the reasons for the landslide, because the cracks in the ground appeared in 2015 after explosions in the area due to the tunnel’s construction.

His neighbours, Vazha Tsetskhladze and Elguja Khimshiashvili, have no doubt that it’s because of the Shuakhevi power plant’s tunnel that 70 per cent of the water in their village disappeared.  The water had never stopped before, they said in an interview.

Shuakhevi is one of Georgia’s biggest and most controversial hydropower plants, which is mostly famous for its failure: in 2017, two months after becoming operational, its tunnels collapsed at eight spots.

The 178 MW hydropower plant project also stands out in the region for the huge financial support it has received from international institutions: the Asian Development Bank (ADB), European Bank for Reconstruction and Development (EBRD), and International Financial Corporation (IFC) are among the funders of the project.

Since the construction of Shuakhevi commenced in 2013, local communities have been complaining about their cracked houses, decreased crops, disappeared drinking water and water leakages. They complain that these are the direct consequences of the construction.

In 2020, new problems came to light: one month after the newly repaired Shuakhevi power plant started operations, Georgian online media outlet Batumelebi published footage that showed water leaking out of Shuakhevi’s dam. The company financing the project said that these leaks were an ‘expected’ occurrence after the plant first became operational and that they were repairing the flaws with special ‘cementation’ measures.

But the cracks on the dam came back, and in more than one spot.

As a response to another round of problems with the Shuakhevi project this year, AGL told the media that the cracks on a 52-metre-high concrete dam are absolutely ‘normal’. AGL also said that neither the disappearance of water in the village of Nigazeuli nor the landslide risk for the locals is related to the construction of Shuakhevi hydropower plant and its tunnels. The company added that the monitoring process conducted in 2016 found that the tunnel would not cause water loss in the surrounding areas.

The locals recall that the company representatives explained the disappearance of water to them as the consequences of ‘weather changes’.

‘We were told it happened because of the heat and drought’, Vazha Tsetskhladze from Nigazeuli said, recalling his conversation with the Shuakhevi plant’s promoters. He added: ‘We have had droughts since the 1800s. I have witnessed everything in the last 63 years, but this water never even lessened. It is directly their fault that our water is lost…

“It’s painful that we don’t have much to say.”

The blog was prepared based on reporting by Batumelebi.