In preparation to its extended lending to Arab Spring countries, the EBRD is conducting consultations with civil society. Yet the bank doesn’t seem to make an appropriate effort. 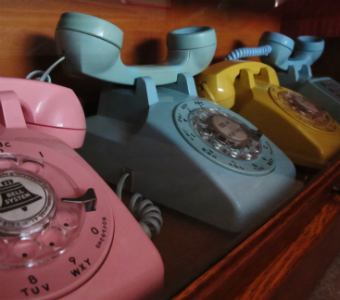 One of the announcements during the EBRD’s annual meeting last week was its shareholders’ approval of a special one billion euro fund for investments in Arab Sping countries in the southern and eastern Mediterranean (SEMED) region. While this will only be an interim measure, the bank is pressing on with preparations for expanding its operations in the region.

As part of these preparations, the EBRD is currently inviting local civil society organisations to give their feedback on the bank’s plans for the SEMED region, that is on the draft concept notes for the countries involved – Egypt, Jordan, Morocco and Tunisia. Meetings are mostly being held this week, starting today with Amman, Jordan.

Since scepticism is growing (from different directions) towards the bank’s general approach to supporting democracy and inclusive development – which in short terms is economic liberalisation (something Bankwatch has been criticising in the past) – the EBRD seems to have the right idea when at least asking for opinions from the local civil society.

But one must question the seriousness of these consultations, considering how hastily they are being conducted. The EBRD writes:

The purpose of these meetings is to solicit the feedback from local CSOs [civil society organisations] on a draft Concept Note that will serve as a basis for the preparation of Country Assessments and Operational Priorities documents. (Source: EBRD “have your say” webpage)

In case of Jordan, CSO representatives received the concept note (the basis of today’s discussion), on the afternoon of Friday, May 18, leaving factually one working day to prepare for the meeting, which itself lasted merely two hours.

The EBRD can’t possibly expect sufficiently informed inputs with such a schedule, thereby taking into account that its plans might bypass the needs and interests of the people in the region.

By pushing through the consultations at high speed, the EBRD will more quickly be able to start lending to the region, but this illustrates one of the fundamental shortcomings in how it measures success: showing lending volumes seems more important than for example counting the jobs that were created (or destroyed) as a result of the EBRD’s activities.

This is all the more worrying since the consultations also intend to help assessing the political situation in the Arab Spring countries. It is well known that it is far from stable, but the EBRD has already shown that it doesn’t always have a fine-tuned understanding of what’s happening on the ground.

I urge the EBRD to take these consultations more seriously, provide ample time for preparations and also revisit the suggestions for the consultation model (pdf) that have already been sent in the beginning of April by local NGOs.