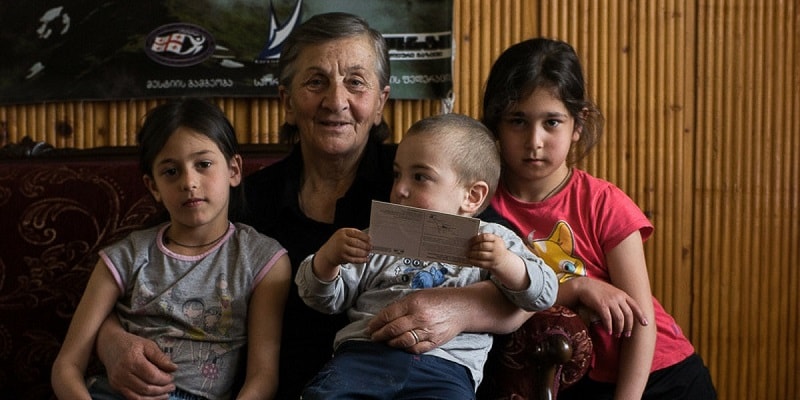 The resolution “insists that the EU and its Member States must work to hold multinational corporations and international financial institutions to account for their impact on indigenous communities’ human and environmental rights; calls for the EU to ensure that all violations of the rights of indigenous peoples by European companies are duly investigated and sanctioned through appropriate mechanisms and encourages the EU to withdraw any form of institutional or financial support in the case of human rights violations.”

The European public financiers, however, still need to be reminded about this seemingly obvious and non-controversial demand – to respect indigenous peoples’ right to make informed decisions about their ancestral lands.

In 2010, the European Investment Bank (EIB), together with the World Bank, Germany’s Development Bank (KfW), the French Development Agency (AFD) and the Japanese development financier (JICA) invested in the extension of the geothermal power plants Olkaria I and IV in Kenya, which resulted in the resettlement of four indigenous Maasai villages inhabited by around 1 000 people.

As stated in the EIB’s conclusions report on Olkaria, the entire central Rift Valley, from south of Lake Naivasha (including Olkaria) to Lake Baringo and the nearby plateaus in the north, was once part of the vast grazing lands, which the Maasai controlled in the early nineteenth century. Historical accounts suggest that Naivasha, including Olkaria, was the “traditional heartland” of Maasai territory, where some Maasai continue to seasonally graze their cattle to this day.

At the appraisal stage of the project, the company and its lenders failed to recognise the Maasai community as indigenous peoples, even though they identify themselves as such and their unique status is acknowledged by the international fora, including the United Nations and the African Union.

Their indigenous language Maa is a Nilotic language with considerable tonal complexity and a unique grammatical structure that differs significantly from the African Bantu languages.

The Project’s 2010 Environmental and Social Impact Assessment (ESIA) documented the cultural importance of the sites in the project area, such as the Ol Njorowa (or Orjorowa) Gorge, sacred caves that have been used for initiation rituals and other ceremonies, and deposits of ochre used for Maasai cultural practices and personal adornment.

Because the Maasai were not considered indigenous people, they were not offered sufficiently informed consultations conducted in Maa, compatible resettlement scheme, and a benefit-sharing framework for commercialisation of the natural and cultural resources and loss of cultural heritage, and the company did not seek their prior and informed consent. Long mediation process facilitated by the financial institutions left many unsatisfied and the geothermal project is still being developed around Lake Naivasha.

The Maasai case is, unfortunately, not a standalone blunder on the part of the EIB and its sister institutions.

Svaneti is my homeland

On 5 March 2018, representatives of all 17 communities of Upper Svaneti in Georgia gathered for a traditional Svan Council meeting, Lalkhor, to oppose the development of gold mining and hydropower projects in Svaneti threatening local livelihoods and ecosystems.

The Lalkhor issued a declaration that  restated protesters demands –  recognition of Svans as indigenous peoples with appropriate rights for customary and community property in Svaneti and a ban on the development of any infrastructure without their free, prior and informed consent (FPIC).

One of the planned dam is Nenskra hydropower plant, which represents one of the 35 power plants, planned to be constructed in Upper Svaneti with the approved investments of USD 150 and 229 million by the EIB and the EBRD respectively. In addition, power grid development from the Nenskra dam is financed by the EU Neighbourhood Investment Facility, German Development Bank KfW and the EBRD.

Complaints by Svans and Bankwatch to the accountability mechanisms of the EIB and the EBRD request review of the banks’ failure to recognise the status of Svans as indigenous peoples and to implement relevant environmental and social standards. They present evidence that the financiers have ignored the project significant impacts on Svans as indigenous people, including their livelihoods, culture, health and safety, and general well-being.

Svans are an ethnic group in Georgia, constituting approximately one per cent of the Georgian population, with their own distinct cultural and religious traditions, unique language and customary law, which runs in communities and the region. They recognise ancestors’ rules and customs on land ownership, carry on the traditional agricultural activities, pastoralist livestock herding, wood processing, crafting, among other things.

Free, prior and informed consent approach has to be effectively executed

Thanks to our engagement with the EIB and the EBRD, almost a decade ago both banks started to require project promoters to ensure a free, prior and informed consent by affected indigenous people to any relocation. It is high time also to require the banks to properly identify the most vulnerable communities – the indigenous ones, and to ensure that their indigenous peoples criteria and safeguards are coherent with the international law.

According to the UN, indigenous peoples are facing greater violations of their rights than it was the case 10 years ago. Front Line Defenders shared that of the 312 human rights defenders reportedly murdered around the world in 2017, 67 per cent were fighting for indigenous peoples’ land and defending environmental rights against extractive projects.

Indigenous peoples’ uniqueness should be celebrated. Today is their day, but it is also for us and our institutions to remind of our obligation to honour their rights.