During the annual meetings of the European Bank for Reconstruction and Development, the bank is the subject of a complaint for policy violations via a EUR 200 million loan to Serbia’s state-owned energy utility: money earmarked to prepare the fossil fuels-based company for the realities of adhering to stricter EU legislation will instead enable it to extract and burn even more fossil fuels. 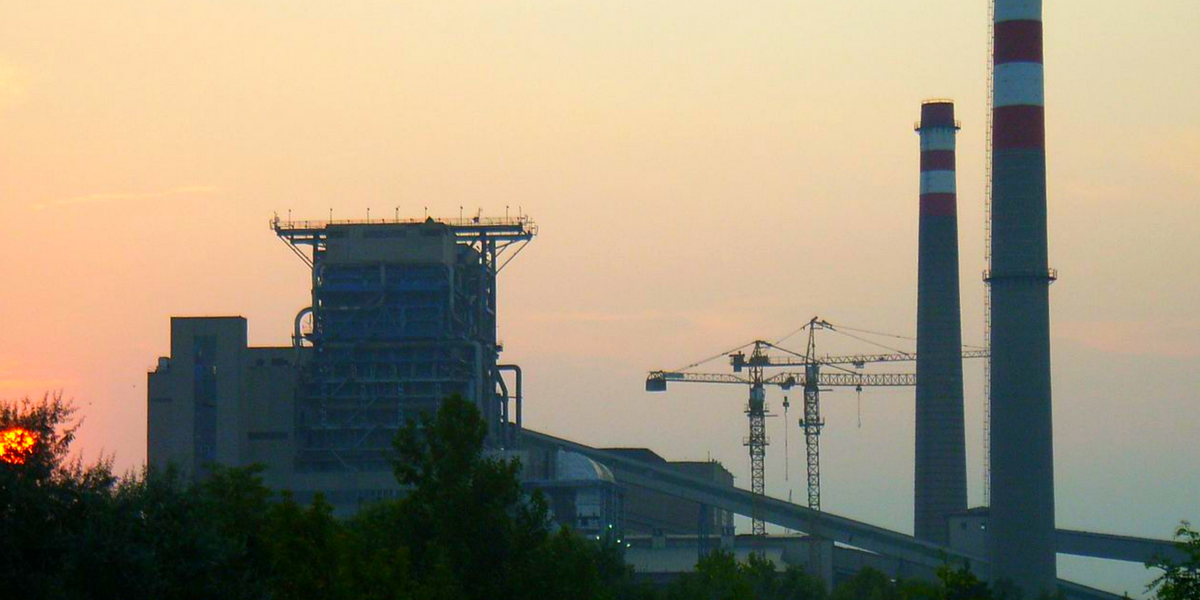 For a country with unstable finances, Serbia seemingly burns cash on its ambitious coal plans, even if it means throwing the country further into debt. The Serbian government is pursuing the expansion of a lignite mine and a new 350 MW plant at Kostolac, as loans pour in from both the east and west. China ExIm Bank is supporting coal infrastructure, namely the construction of the new Kostolac B3 plant by the China Machinery and Engineering Corporation (USD 608 million in 2015) and desulphurisation at the existing blocks of Kostolac B (USD 293 million in 2011).

In addition, the World Bank and the European Bank for Reconstruction and Development (EBRD) have lent to the Serbian coal giant, Elektroprivreda Srbije (EPS) – although these investments tend to be obscured as policy or restructuring loans.

Most recently in April 2018, the World Bank approved a USD 200 million policy loan with one of its aims being the improvement of the financial sustainability and efficiency of public sector energy enterprises. While these loans promise ambitious reforms of the energy sector and of EPS’s corporate management, there is little sign that these factor in the costs of coal as a stranded asset or put Serbia on a low-carbon transition track.

Because of doubts about the EBRD’s 2015 restructuring loan to EPS , Bankwatch and its Serbian member group CEKOR submitted a complaint to the bank’s grievance body, alleging that the bank violated its environmental and social policy. The Project Complaints Mechanism (PCM) registered the complaint on May 10. EPS has a long history of receiving EBRD loans and then being hit with subsequent PCM complaints – in fact no other EBRD client has been the subject of so many PCM investigations.

While the EPS restructuring loan should have prepared a coal-heavy company for the realities of adhering to stricter EU legislation, it appears to have freed up resources so that the company can extract and burn even more coal, by adding the 350MW Kostolac B3 power plant to its portfolio and expanding the Drmno lignite mine capacity from 9 to 12 million tonnes per year production. The latter is even being performed without an environmental and social impact assessment, which is a breach of EBRD policy.

In May 2014 EPS woke up to a nightmare. The biggest open cast lignite field, Tamnava West, had turned into a lake overnight, after severe rainfall caused the Kolubara river to spill into the massive hole. Excavators and other mining machinery worth tens of millions of euros were deep underwater.

Two-thirds of Serbia’s coal production was lost when open-pit mines were flooded and Serbia was forced to import energy to avoid power outages. Overall damages in the power sector were estimated at nearly EUR 500 million. Serbia’s energy utility, Elektroprivreda Srbjie (EPS), was on its knees.

To anyone aware of the correlation between coal burning and climate change – manifesting itself as severe floods, among other natural disasters – this was an eye-opening cause-effect reaction.

The World Bank approved a USD 300 million loan to the utility for dewatering the mine, and coal production was partially resumed in December 2014.

Meanwhile, the European Bank for Reconstruction and Development (EBRD) also approved the  restructuring loan to EPS with the stated purpose “to alleviate the deteriorating cash situation created by the unprecedented and catastrophic floods in Serbia in 2014”. The board document, however, was more candid: freeing up resources to allow the Company to focus on and boost the implementation of its long term capital expenditure program.

To an untrained eye, this statement would probably not ring many alarm bells, but considering EBRD’s long history with EPS, consisting of no less than five loans since 2001, amounting to EUR 315 million [1], the Bank should have known what the utility’s “long term capital expenditure program” really means.

According to the 2016 Energy Strategy of Serbia, in addition to prolonging the life of existing coal plants, EPS is planning several new lignite power plants: Kostolac B3, Nikola Tesla B3, Kolubara B, and Stavalj. While it is unlikely that all of these will go, EPS clearly prioritises Kostolac B3 in the implementation programme for the energy strategy and has not publicly announced any cancellations.

In fact, construction of new coal generation capacities is proposed as a GHG emission reduction measure in Serbia’s Second Report to the UNFCCC.

For a bank that should be limiting its lending for coal power, a requirement of its 2013 Energy Sector Strategy which also commits it to a “green economy transition”, the EBRD should think twice before freeing up EPS resources to carry out its well-known ‘long-term plans’. But not the EBRD – the bank has systematically downplayed the information submitted by NGOs regarding EPS’s lack of a long-term vision for the development of the sector, its overreliance on lignite, and no plans to decarbonise. It also does not seem to take the six complaints submitted to the bank’s compliance mechanism (PCM) as a serious indicator of EPS’s failure to follow EBRD environmental and social policy.

That Serbia and EPS depend so heavily on coal should signal significant risks for the economy and society, and the EBRD had a great opportunity to deliver on its commitment to the low-carbon transition for its countries of operation by for example agreeing with its client on a climate audit or a decarbonisation plan upon approval of the corporate restructuring loan.

Is this opportunity missed altogether? The ball is in the bank’s court and even if it has lost its leverage to influence EPS’s lignite expansion plans, the EBRD better not miss the opportunity to analyse thoroughly how its policy applies to corporate level loans in the future.