While the potential of green investments is undeniable, statements from EU decision makers don’t paint the rosiest picture for a climate friendly Cohesion Policy 2014-2020. 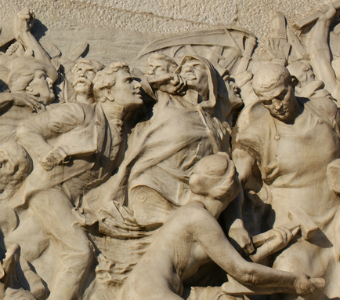 When it comes to the future Cohesion Policy, we’ve been arguing that green objectives and tough controls are necessary to make sure that national governments do not any more waste money on harmful projects such as motorways and incinerators.

The European Comission’s proposal for the future Cohesion Policy takes this into account (through the concentration of regional funds around 11 objectives, earmarking for low-carbon investments and requirements to comply with EU environmental legislation) but already faces opposition from Member States.

Only, without progressive regulations and a continued climate-focus in the national Operational Programmes, Member States could continue to use the money in the usual ways, ignoring the urgency of addressing climate change and the potential of green investments for job creation and the overall economy.

To make sure this won’t be happening, and with high-level meetings on the future Cohesion Policy around the corner, a coalition of green NGOs, including Bankwatch, organised a conference to discuss how to make use of the “green potential” of these EUR 336 billion, give or take. Appropriately, the event was hosted and co-organised by the Committee of the Regions, the EU advisory board that seeks to represent regions’ interests.

What I heard during the conference didn’t exactly comfort me. Climate advocates have reasons to approach their campaigning on EU funds with even more caution and strength during the legislative process next year.

For one, we heard from Constanze Krehl (MEP, S&D group), who is preparing a parliamentary report on the European Commission’s proposal, that

What this statement in fact means is the following: while the Commission has been proposing to “earmark” a certain minimum amount of EU funds to invest into renewable energies and energy saving measures, the European Parliament might undermine this approach.

The reference to simplification made by Krehl threatens the proposed framework of environmental safeguard mechanisms. Giving up these so called “ex-ante conditionalities” would mean a dramatic step backwards compared to the Commission’s ambitions.

I am especially worried about what governments in central and eastern Europe will choose to do in the absence of any such earmarking and environmental safeguards. Without such mechanisms, there will be no way to actually prevent Member States from doing what they have been doing in the current budget period, i.e., using precious EU Funds to build roads and more roads in our region.

The second chilling message came from one of our allies in the European Parliament, Elisabeth Schroedter, German Green MEP member of the working party on future Cohesion Policy of the REGI Committee:

According to Mrs. Schroedter, we might better brace ourselves for a fight to preserve the regulation as it is today, as proposed by the Commission, because it will come under severe attack by Member States, some of which find the regulation imposes too many demands on them.

There are few areas where we can hope the regulation can be improved, Schroedter said. One of them could be the introduction of better sustainable development indicators in the legislative texts.

Coming from someone who is a friend of green causes and who understands Brussels politics well, this statement gives me cause to be cautious but also not to give up in our struggle to make the next budgetary period one in which Cohesion Policy contributes more to saving our climate than it has done so far.

I continue to believe that the regulation texts can be improved, especially when it comes to ring-fencing of funds for serving the climate goals set out by the Commission. Bankwatch and I will continue campaigning for it in the months to come.