Home > Blog entry > The Western Balkans and the Energy Union: Will the EU address carbon lock-in beyond its borders?

The Energy Union must find ways to prevent state support for the production of fossil fuel energy by the European Union’s immediate neighbours. The EU cannot afford to have newly acceding members holding up progress towards the new 2030 climate goals or watering down future policy making. 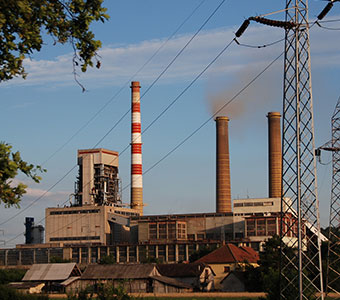 See earlier installations on the Czech Republic, Hungary, Latvia and Croatia and don’t miss the next posts.

To underline the European Union’s commitment to enlargement towards the Western Balkans region the European Commission and representatives from Germany, Austria, France and Italy meet today in Vienna with EU neighbours from the region to discuss – among other themes – infrastructure, connectivity and regional cooperation.

The European Commission is keen to “better connect the Western Balkans to our own energy systems,” according to a statement by Maroš Šefčovič, vice-president of the European Commission in charge of the Energy Union released ahead of the event. But could this really help bring out the energy transition these countries so desperately need?

A report published today by Climate Action Network (CAN) Europe, aims to shed some light on the implications of the Energy Union Framework for the Western Balkans and proposes improvements to the existing policy tools for effective cooperation between the EU and its immediate neighbours.

And there is need for improvement indeed.

For one thing, the Energy Union’s sheer inception is a bit unfortunate, having resulted from the gas crisis and the conflict in Ukraine and aiming to ensure security of supply. This gives gas a much more prominent place in the package than fossil fuels deserve, and allowed, for instance, for the indigenous fuel formulation to creep into the European Council’s conclusions on setting up the Energy Union. This idea of ensuring energy security through indigenous fuels has opened the door for some of the most polluting and dangerous technologies like coal to continue to be planned with the EU turning a blind eye. It reminds me of the phrase that suicide is a permanent solution to a temporary problem – pretty much like the carbon lock-in the Western Balkans are planning for themselves.

The energy system in this region is currently heavily reliant on coal. About 6 GW of coal power capacity more are planned to be built by 2030, and most of this capacity is to be built in Bosnia and Herzegovina and Serbia. Both countries aspire to become EU Member States in the next decade. At the same time, both countries act as if the EU climate and energy targets did not exist, planning to add over 2 GW of new coal capacity each. Some of these capacities are export-oriented, while existing plants are old and pollute heavily.

A CEE Bankwatch Network analysis released earlier this year showed that if energy export plans of the Western Balkan countries are pursued, they should be coordinated at a regional level; otherwise there is a great risk of stranded assets for the already cash strapped governments in the region, where most of the companies are state-owned.

The benefits of a joint energy market that the Energy Union aims at have been widely discussed, and the prospect of more efficient use of energy, lower energy prices and broader use of renewables should encourage the Western Balkan countries to get their act together and build a cleaner and more sustainable future for the region. But, for this to become reality, the countries should have the same environmental and social standards as the EU, the CAN report rightly points out.

Just to give an example, I am referring to provisions according to which industrial installations, such as coal power plants, must use the “best available techniques” to achieve a high level of environmental protection in order to prevent the danger of emissions leakage. Another example is the legislation on ambient air quality and cleaner air for Europe which defines objectives designed to avoid, prevent or reduce harmful effects on human health and the environment as a whole.

In the meantime, the European Investment Bank is pushing another fossil fuel at the summit, promoting the Transadriatic Pipeline (TAP) as a project currently under appraisal by the bank. While gas is certainly less climate damaging and doesn’t have the same negative health impacts as coal, I cannot understand why there is such a lack of ambition on energy efficiency in the Energy Community agenda.

Unfortunately, the current weak environmental legislation of the Energy Community[*] does not create a level playing field between the EU and its immediate neighbours. The Energy Union must find ways to prevent state support in the production of fossil fuel energy and to incorporate external costs into the price of the energy imported into the EU from the Energy Community countries. The EU cannot afford to have newly acceding members holding up progress towards the new 2030 climate goals or watering down future policy making.

* The Energy Community Treaty brings together Albania, Bosnia and Herzegovina, Kosovo, Macedonia, Moldova, Montenegro, Serbia and Ukraine – and soon also Georgia – with the goal of creating a common energy market between the EU and some of its neighbours.