The European Investment Bank finally invited for a dialogue with civil society organisations. It might be a little ambitious to say that true dialogue happened there, but certainly the NGOs were able to send a couple of strong messages to the EIB Board, and, for a while, it felt like the Board was listening. 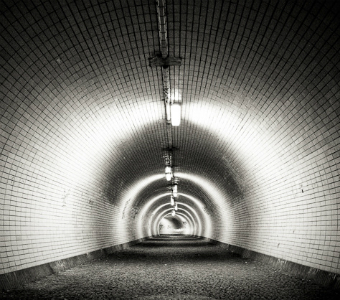 Yesterday, quite a few Bankwatchers and many colleagues from other organisations, such as Counter Balance, Amnesty International, WWF, Transparency International or Eurodad, attended a meeting with the Board of Directors of the European Investment Bank (EIB) in Luxembourg.

Why is this important? Because the EIB tends to be very uptight when it comes to public scrutiny. So this meeting with non-governmental organisations (NGOs) was a great chance to present our views on the bank’s activities and to hear what its high level representatives would answer.

The meeting was organised in three panel discussions on the topics of climate and energy, lending to small and medium-sized enterprises (SMEs) through financial intermediaries and development finance. The unifying theme of the NGOs’ messages was “Do No Harm!”: No more coal investments, no more loans for projects that displace local populations, no more wasting of scarce financial resources by giving them to untrustworthy financial intermediaries.

Much was left unsaid, many questions from NGOs remained unanswered, and during many exchanges there was a strong sense that the bankers and civil society groups are engaged in parallel discourses: Activists were asking the bank for responsibility and commitment to the EU goals of climate change mitigation, development and human rights. The EIB staff one the other hand insisted that their institution is primarily an investment bank and can therefore put “bankability” above many other considerations.

Yet, on the whole, in spite of such differences, there was also a clear sense that the EIB is acknowledging the impossibility to continue without opening up more to civil society inputs and, also, that it may learn from these groups.

We’ve outlined our positions on the three topics last week on the Bankwatch blog, so I’ll just give you a short summary of how the three panel discussions went:

Regarding our call to shift the EIB’s energy investment portfolio significantly towards measures addressing the challenge of climate change, the bank certainly refused to commit to phasing out coal lending in spite of repeated calls from NGOs to do so. It did, however, admit the need to start discussing the review of the bank’s energy policy next year – a discussion Bankwatch is looking forward to.

Additionally, the Board repeatedly announced its intention to support more investments in energy efficiency projects in central and eastern Europe, an area of investments that Bankwatch has been highlighting for years as a necessary priority given the huge energy savings potential in the region.

NGO presence on the panel was limited and, contrary to the other panels, panelists in this session (including the NGO member) did not represent the critical views shared by the wider NGO community. Therefore, critical remarks could come only in the form of questions which may or may not be answered.

Nevertheless, EIB representatives did give hints that the bank is considering publishing country by country reports of the impact of the bank’s loans on SMEs. Other than that though, little progress was envisaged by the bank. It tends to congratulate itself on the great job it has done during the financial crisis, choosing to ignore that in reality its SME loans had little positive impact at least for central and eastern European SMEs.

Finally, regarding the EIB’s lending in the Global South, the bank did acknowledge the need for a better screening and monitoring of their investments and also showed some openness to cooperation with local civil society groups.

The EIB representatives additionally promised to impose World Bank-like standards for assessing the tax regulations in countries where projects are implemented – to make sure EIB money is not siphoned off to tax havens (a lesson learned from the problematic Mopani copper mine).

Throughout the discussion, the EIB tried to defend itself by claiming it is not a development bank. But while that may be the case (and luckily so), some of the EIB’s lending is clearly development lending and therefore needs to come with the associated safeguards and conditionalities.

UPDATE 20 October 2011: This article was amended to clarify the composition of the SME panel.