Home > Blog entry > There you have it: Green investments do create jobs

A study from the Czech Republic vividly confirms the positive economic impact of public support schemes for energy efficiency investments. The future Cohesion Policy can offer valuable stimuli for such schemes – if EU Member States set the right priorities now. 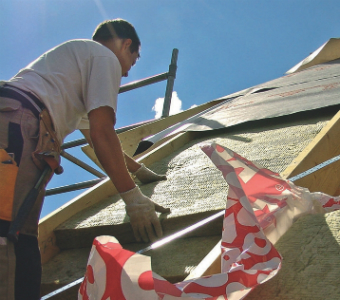 You can hear it from all corners: Job creation is a must to reduce the negative impacts of the economic crisis. It is also at the centre of the European Union’s efforts to ensure a dynamic European economy.

The only problem is that some of the “quick fix answers” by European financial institutions don’t seem to work out quite that well.

What apparently does work, so the unmistakeable outcome of a report in the Czech Republic, are investments in energy efficiency measures (which unfortunately are being neglected all too often by both European institutions and EU member states).

The report Home is where the heat is (pdf), commissioned by Bankwatch and other organisations in the Czech Republic, shows how targeted public financial support for energy efficiency, mainly thermal insulation of buildings, helped create jobs and increase economic activity across the country.

The report looks at two financial support schemes which provide subsidies for the insulation of residential buildings. Both the ‘Panel’ scheme and the ‘Green light to savings’ scheme produce impressive results:

The ‘Green light to savings’ scheme

There’s more than jobs: The investment programmes had wider positive impacts on the economy by supporting the crisis-hit construction sector and mostly small, domestic companies working with domestic suppliers across the country. Unlike large infrastructure construction, the job opportunities have been spread evenly across all of the country’s regions.

Furthermore, by leveraging large amounts of private finance (by the customers themselves) the investments have helped keeping the economy moving in times of financial crisis. The economist Miroslav Zamecnik, co-author of the report and also of the Czech anti-crisis response has called the Green light to savings program “the single most successful anti-crisis measure.”

The Czech example should serve as a stimulant for the governments of EU member states as they start planning what to do with the money coming from the future Cohesion Policy (2014-2020).

Specifically in central and eastern Europe, where the potential to decrease energy consumption is still enormous, using EU funding for similar programmes is not only imperative from a climate perspective. It also promises to mitigate the negative impacts of another impending economic downturn in Europe.

The current legislative proposal from the European Commission explicitly calls for the prioritisation of investments into energy savings across the entire housing sector, but on the whole Member States are free to decide how and where they choose to prioritise regional funds.

Therefore, together with other green NGOs, we invited national and EU representatives to our event Green investments to the rescue, where we will discuss the potential of Cohesion Policy to steer Europe’s regions towards a sustainable economy.

Read more on and register for the event on our website.

Download the study Home is where the heat is: Thermal insulation programs for buildings in the Czech Republic and their positive effects on job creation (pdf).