Home > Blog entry > To mobilise investments for energy efficiency, Commission needs to put money where its mouth is

Clear guidance is needed more than public assurances to make the European Fund for Strategic Investments (EFSI) be indeed a vehicle for energy efficiency. Counter to public statements, the current set-up does not promise to be effective. 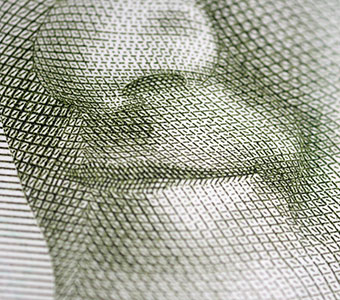 In a press release today, the European Commission expressed great optimism on how the recently agreed European Fund for Strategic Investments (EFSI) will support the Energy Union’s goals to deliver secure, sustainable, competitive and affordable energy to citizens and businesses. Miguel Arias Cañete, Climate Action and Energy Commissioner emphasised the need to boost energy efficiency investments in Europe. He expects the EFSI will transform Europe to the world’s most energy-efficient economy.

Serious doubts however loom behind the Commission’s self-praise about whether the EFSI would be able to deliver this expected transformation. In contrast to the general commitments to prioritise energy efficiency, the earmarking of EFSi Money for energy efficiency measures was rejected during the legislative process – by the Commission president Jean-Claude Juncker’s very own party. Without this earmarking the fund is guided by EU policy objectives as interpreted by the EIB and incorporated in the bank’s policies and procedures against which all EIB projects are being assessed.

An important harbinger of what this might mean in practice is the EIB’s draft Climate Strategy (pdf), published last week. In its current form the strategy, which will be guiding the EFSI climate impacts, does not emphasise energy efficiency more than the bank’s current energy lending policy. Under this current energy policy, energy efficiency investments are below 3% of the overall EIB portfolio across all sectors.

The EIB is unlikely to make a sudden U-turn without clear policy guidance. Also the current rush with getting EFSI spending rolling will not help with directing funds to usually small scale projects that need bundling up.

The initial phase of the EFSI does not suggest a major breakthrough either – at least for central and eastern European countries. Not a single project for the modernisation of the energy sector and for decreasing the energy intensity of the economy was proposed for lower income regions of the EU. Instead, the Dubrovnik Airport in Croatia was proposed for an EU guarantee, which would lock public money in yet another high-carbon infrastructure project.

As much as the strong vocal commitments are welcome, they must be backed with more concrete plans on how to make energy efficiency really come first – before other, carbon-intensive EFSI investments.