Home > Blog entry > Ukraine and the EBRD: More than technicalities derail the fight against corruption

Before claiming the moral high ground on fighting corruption in Ukraine, the European Bank for Reconstruction and Development should first of all brush up its own transparency policy and drop old-fashioned arguments in favour of confidentiality and secret conditionalities in its projects. 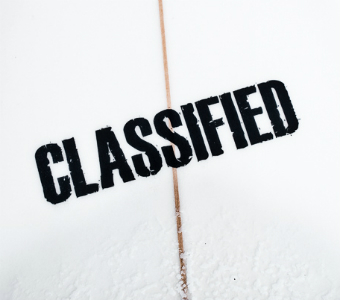 Tomorrow the EBRD is consulting with the public in Kiev its policies on the disclosure of public information and its safeguards for people and the environment against negative impacts from its investments. The EBRD invests close to a billion euro in Ukraine every year in different sectors – energy, agribusiness, manufacturing, municipal infrastructure. Close attention from Bankwatch on several of these investments have showed that a lot more can be desired, not only from project promoters like the state-owned company, Energoatom, but also from the EBRD itself, which still actively hides information on projects that can have significant impacts on Ukrainians.

Yanukovich and technicalities in fighting corruption

The roots of the recent political crisis in Ukraine can be seen in the deteriorating economic situation in the country and the inadequate political steps that the government took to address it. Instead of tackling rampant corruption that stripped this rich country of revenues and hence benefits for a wider society, Yanukovich thought he could impose a dictatorship and disregard the will of his people.

There are no technical reasons at play here, but the EBRD’s very specific emphasis on ‘business confidentiality’ and a range of political interests in Ukraine. Public interests on the other hand take the back seat yet again.

Yanukovich did not only try to dodge the demands of Ukrainians, but also pressure coming from the EBRD, however, by opting out from a Memorandum of Understanding with the EBRD to join forces against corruption and improve the investment climate in the country. The government quoted “technical reasons” as an excuse back in November, and progress on the MoU since has been further overshadowed by Ukraine withdrawing from an association agreement with the European Union and its subsequent plunge into a deep political crisis.

The EBRD and technicalities in increasing transparency

Interestingly, also the EBRD is using “technical reasons” as an excuse for failing to increase its transparency – one of the most important factors in tackling corruption. The bank is not embarrassed to repeatedly quote limited capacity as a reason for its lack of reform.

For example, at the first round of consultations on the EBRD’s Public Information Policy in Istanbul, the President of the bank, Sir Chakrabarti, agreed that the EBRD should do more to communicate the impacts of its projects. At the same meeting EBRD staff confessed that their disclosure on projects lags behind that of the IFC for example, but pointed to their lack of capacity to up-date project information on the bank’s website and upload mitigation plans and monitoring results.

Are ‘technical reasons’ a good excuse to keep the public in the dark about EBRD operations?

Environmental groups from the EBRD region and IFI-watchers from Western shareholding countries have demanded serious changes to the Public Information Policy on several occasions in the last 3 years, only to achieve minimal concessions.

Therefore not surprisingly, the 2013 Aid Transparency Index, ranked the EBRD as the worst among 17 multilaterals in a list of 60 donor organisations. With a 24.5% score the EBRD scored worse than the European Investment Bank with 26.6% (both banks landed in the ‘poor transparency’ category).

“We first and foremost act via our investments. In all our projects, we aim to promote the highest possible standards of governance, integrity and transparency among the companies in which we invest.”

So how does the EBRD show the way on transparency and democratic consultations through its projects? Let’s take a look at Ukraine, one of the biggest recipient countries of the EBRD with an annual lending volume reaching one billion euros. Setting a good example through EBRD operations could potentially have a transformative impact on business conduct and transparency, which are instrumental in fighting corruption and allowing the public to take part in important decisions.

The reality, however, looks completely different: The EBRD’s biggest recent investment in Ukraine, a project resulting in the lifetime expansion of Ukraine’s nuclear reactors, comes as an excellent case in point. The EBRD approved a loan to the public company Energoatom in March 2013 but refused to disclose not only loan conditions, but even the project’s additionality (i.e. the added value beyond the financial bottom line) and the expected transition impact (the EBRD’s raison d’être).

Now that those details have been made public in a leaked document the very real consequences of such exaggerated confidentiality are becoming clear: Socially important issues (in this case doubled electricity prices) that are directly connected to the bank’s investments are discussed only within a small group of people with vested interests. Moreover, even members of the Ukrainian parliament who are to ratify an agreement with the EBRD have no clue about financial obligations attached to the loan.

As a consequence of the exaggerated confidentiality also some of the welcomed loan conditions remained unknown (such as provisions to ensure that money will be set aside for decommissioning the reactors) thus preventing public oversight over their implementation.

Instead of stimulating the Ukrainian government to initiate a wider public (and democratic) debate on the true costs associated with the nuclear industry the EBRD “united forces” with the state’s nuclear company Energoatom and with the government to keep all relevant details a secret.

There are no technical reasons at play here, but the EBRD’s very specific emphasis on ‘business confidentiality’ and a range of political interests in Ukraine. Public interests on the other hand take the back seat yet again.