In a meeting today, the Espoo Convention’s Implementation Committee will again discuss Ukraine’s compliance with the Convention’s rules. A look back at the last months does not suggest a positive outcome. 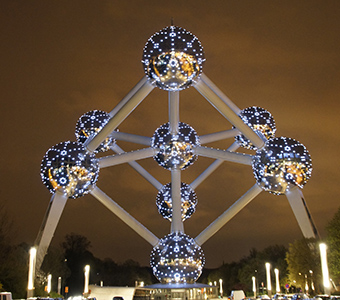 Much remains unknown about the basis for the European Commission’s decision to contribute to Ukraine’s nuclear safety upgrade program, but Bankwatch will not give up until this crucial information is made public.

Earlier this year Bankwatch approached the Commission’s Directorate General for Economic and Financial Affairs, and made a request for documents related to the EUR 300 million Euratom loan for the project. Specifically, we asked for the evidence used by the Commission in making the first EUR 100 million disbursement from the loan.

According to our information, Ukraine has not met the loan conditions and has in fact been violating international environmental treaties – namely, the Espoo Convention and the Aarhus Convention.

But the response to our request (pdf) was insufficient, so we decided to take the case to the European Court of Justice. In our submission (pdf) we explain why we believe both conventions, as well as relevant EU legislation, apply to the Euratom Treaty and why transparency and improved nuclear safety are not mutually exclusive, as has been argued by the Commission.

A decision in this case can take some time, but old nuclear power plants could soon see their lifetimes extended, not only in Ukraine but across the EU. Yet, as we argued in a recent letter to the Espoo Convention’s Implementation Committee, any decision on prolonging the operations of nuclear power units beyond their design lifespan should be subject to a transboundary environmental impact assessment (EIA) and transboundary public consultations.

The Committee is the only body with the power to rule on violations of the Espoo Convention. It is currently preparing a report for the June 2017 Meeting of the Parties on Ukraine’s adherence to the convention and will meet today, Monday, September 5, in Geneva to discuss the Ukrainian government’s progress (or lack thereof) with implementing the Committee’s requests.

And there is reason to worry. In April 2013 the Committee ruled that Ukraine’s decision to extend the lifetime of its two oldest nuclear units in the Rivne power plant was in breach of the convention and, as argued in our letter, this decision should be considered a precedent applicable to similar cases for the sake of legal certainty and equal treatment.

International treaties on their own are not the only reason Ukraine is expected to carry out transboundary EIAs before rewriting the expiry dates of its Soviet-era nuclear reactors. Each of the two EUR 300 million loans Ukraine’s nuclear safety upgrade program has received, from Euratom and from the European Bank for Reconstruction and Development, is explicitly conditioned on full compliance with international environmental law, include the Espoo Convention that obliges the engagement with neighbouring countries in decisions on matters related to nuclear energy, such as nuclear units’ lifetime extensions. The European Commission has reiterated this obligation on several occasions.

Nevertheless, so far neither the Espoo Convention ruling in the Rivne case, nor the conditions to the European loans, have stopped Kiev from going ahead with lifetime extensions for two more nuclear units in the South Ukraine station without applying international requirements.

One other nuclear unit, in the Zaporizhia power plant, could see its lifetime extended as early as next week, and the state nuclear regulator contends these decisions fall outside the jurisdiction of the Espoo Convention.

In fact, Ukraine does not even have proper legislation on EIAs at national level. This has allowed Energoatom to release an “EIA report” for the Zaporizhia nuclear power plant which ruled out any significant transboundary impacts from the plant’s operations.

Yet, Energoatom’s claims look even more invalid with the latest Espoo Implementation Committee’s ruling on the planned nuclear power plant Hinkley Point C in the UK, stating that a worst-case scenario should be taken into account when considering transboundary impacts.

Moreover, a recent incident in the 29 years old Khmelnitski nuclear power plant is but the latest reminder for the risks in Ukraine. Following a leak of radioactive water, the power station’s unit 1 was shut down for two months. This unit will reach the end of its projected lifetime next year.

According to the state nuclear regulator, the reason for the leak might have been a micro-crack in a tube in the heat exchanger. An expert report released in March 2015 by Bankwatch’s Ukrainian member group NECU has warned of the possible appearance of micro-cracks in the reactor vessel of unit 1 of the South Ukraine nuclear power plant which has been granted a lifetime extension earlier.

The dire financial troubles facing Ukraine’s nuclear operator Energoatom raise additional questions about the government’s blind reliance on this source of energy, and should be another warning sign for Ukraine’s European allies in Brussels and across its borders.