Ukraine plans to extend the lifetimes of its fifteen nuclear reactors, most of which will soon pass their expiration date. A new report shows how these plans that are pursued in utter silence have seen only an inadequate assessment. 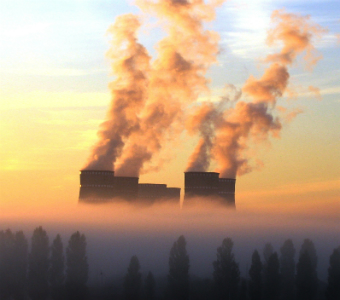 On Monday it will be one year after the nuclear accident at Fukushima, an accident that gripped the attention of the whole world for several months. It also triggered profound political decisions: Germany has since made the final decision on its nuclear energy phase out, and the EU agreed on stress tests for all its nuclear power plants.

All that seemed to have bypassed the government of Ukraine, the country that has seen the only other Level 7 nuclear catastrophe: Chernobyl.

Ukraine has 15 Soviet-era nuclear reactors in operation, with 12 of them designed to finish operations before 2020. But instead of shutting them down – the safest option to avoid accidents – and giving renewable energy sources and energy efficiency measures a chance, Ukraine is planning to expand the lifetime of all its nuclear reactors. (In fact, two that were supposed to be taken off the grid in 2010 and 2011 respectively have already seen their licenses extended by another 20 years.)

Interestingly, after the Fukushima accident Ukraine has agreed to carry out stress tests for its reactors, but it continues with the expansion plans without the final results having been published in an EU report.

Now all that might still be of little surprise. Ukraine has seen its share of curiosities in the past. What might come as a surprise though is that two European institutions, Euratom and the European Bank for Reconstruction and Development, are considering financing a project that would make them directly support the lifetime expansions.

The „Safety Upgrade Project” (SUP), worth a whopping 1.45 billion euros, envisages the modernisation of the 15 reactors by 2017 and could be financed with up to 800 million euros. But there are a couple of problematic points:

All this is very relevant for the EU, not only because it’s in its neighbourhood, but because these are the same reactors that would produce electricity to be exported to Europe via the Second Backbone Corridor – high voltage transmission lines that are also to be constructed with European support.

Putting these puzzle pieces together, one gets a very worrying picture for Ukraine and for the European Union.

– correct the information on the stress tests in Ukraine which had already taken place at time of writing, but their final results have not yet been published.