On November 28, the state nuclear regulator of Ukraine (SNRIU) allowed the continued operation of unit 1 of the South Ukrainian nuclear power plant (SUNPP-1) until December 2, 2023 – 10 years beyond its technically designed lifetime. The decision not only constitutes a breach of national regulation, but also disregards an unresolved case of non-compliance with the UN Espoo Convention. All this while Energoatom is in an increasingly tight financial situation. 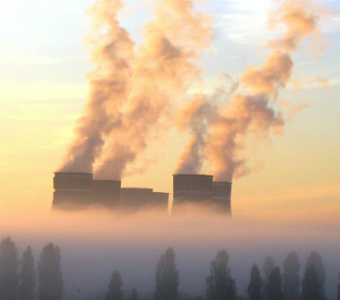 On November 28, the state nuclear regulator of Ukraine (SNRIU) allowed the continued operation of unit 1 of the South Ukrainian nuclear power plant (SUNPP-1) until December 2, 2023 – 10 years beyond its technically designed lifetime. The decision not only constitutes a breach of national regulation, but also disregards an unresolved case of non-compliance with the UN Espoo Convention. All this while Energoatom is in an increasingly tight financial situation.

In December 2012 the nuclear regulator SNRIU had identified 43 obligatory measures required for prolonged operations. However, the latest periodic safety review report of the plant (from October 10) shows that [1]:

During the SNRIU board meeting on November 28, Energoatom claimed to have finished all measures in the two months since October, but that the necessary paperwork is simply not yet finalised. Yet, verbal promises by the company cannot be the basis for SNRIU’s decision on the lifetime extension. Without being based on the results of the periodic safety review a positive decision is highly questionable.

Even if all safety measures would be implemented, there is another unresolved problem. Consultations concerning the transboundary impacts of SUNPP-1, a requirement under the UN Espoo Convention, were still not held with Ukraine’s neighbouring countries. Consequently, during the SRNIU board meeting, a representative of the Espoo Implementation Committee pointed out that SRNIU’s decision could create problems for Ukraine.

It wouldn’t be the first time Ukraine’s nuclear sector is in violation of the Espoo convention. In March this year, the Espoo Implementation Committee ruled (pdf) that Ukraine’s decision to extend the licenses of units 1 and 2 at the nuclear power plant in Rivne violated the UN rules since it had been done without an environmental impact assessment and without informing neighbouring countries about the plans, as Espoo procedures would require.

A direct financial impact from these unresolved cases on Energoatom’s operations comes via a proposed EUR 300 million loan by EURATOM for the Ukrainian Nuclear Safety Upgrade Programme. The programme includes safety measures at several Ukrainian nuclear power plants, among them also those at the South Ukraine and Rivne power plants.

In a letter to Members of the European Parliament the EU Commissioners Stefan Fule (Enlargement and EU neighbourhood policy) and Guenther Oettinger (Energy) stated that the EURATOM loan will not be disbursed until Ukraine is in compliance with the Espoo and Aarhus conventions. Therefore, until the pending case on Rivne 1 and 2 will not be successfully resolved, the loan will not happen. (An agreement for a loan of the same size by the European Bank for Reconstruction and Development has been approved in March this year but not yet disbursed.)

Losing the EURATOM loan would be a hard blow for Energoatom and Ukraine’s nuclear ambitions generally. After 9 months of 2013 Energoatom had net losses of UAH 4.7 billion (EUR 0.42 billion), UAH 2 billion more than in 2012. Energoatom struggles to find sufficient financing for the Nuclear Safety Upgrade Programme: the needs for 2013 are UAH 3 billion while Energotom only made UAH 517 million from the electricity tariff.

Under such circumstances any financial support is crucial for Energoatom in order to finish the safety measures at SUNPP-1 and to start preparations for the still outstanding upgrades at other plants, starting with ZNPP-1 by the end of 2014. 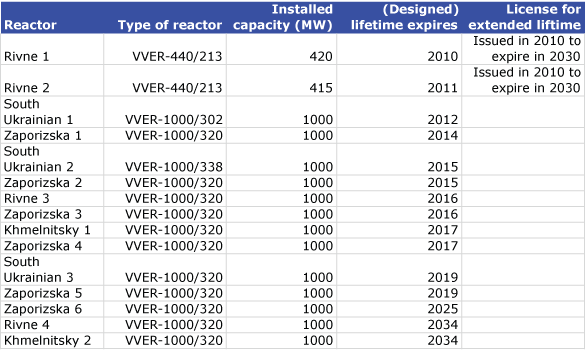 1. These and more details can be found in a technical analysis (pdf) commissioned by NECU (National Ecological Centre of Ukraine) to assess whether the technical state of SUNPP-1 is sufficient for safe operations for ten additional years and whether the necessary safety upgrades have been fully implemented. A recent briefing (pdf) summarises the results of the analysis.