Home > Blog entry > Up in smoke: the billions for Europe’s auto industry from the EU’s house bank

In the wake of last month’s Volkswagen (VW) emissions scandal, a Politico story, based on a Bankwatch analysis, revealed that the car manufacturer enjoyed generous public financial support from the European Investment Bank (EIB). But the full picture is even more disturbing. 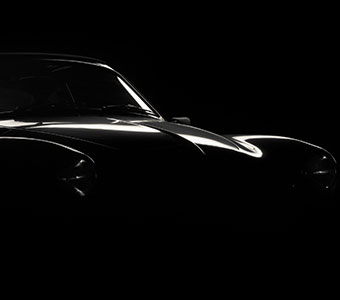 In the wake of last month’s Volkswagen (VW) emissions scandal, a Politico story, based on a Bankwatch analysis, revealed that the car manufacturer enjoyed generous public financial support from the European Investment Bank (EIB). But the full picture is even more disturbing.

Bankwatch’s analysis of EIB data identified 19 loans totaling EUR 4.3 billion for the VW group between 2005 and 2015. Fourteen of these loans were intended for improving fuel efficiency and reducing emissions, and out of them five were classified under the bank’s so-called ‘climate action’. Five loans worth EUR 1.53 billion are still to be paid back.

With the spotlight bright on VW for gaming the system, the EIB must now come forward and show exactly what it has done to ensure proper oversight over its loans to the company.

With the spotlight bright on VW for gaming the system, the EIB must now come forward and show exactly what it has done to ensure proper oversight over its loans to the company.

Today Bankwatch can reveal that between 2005 and 2015, the EIB lent European automakers EUR 20.4 billion. Diesel cars produced by seven of these companies have been found to have considerably higher nitrogen oxide (NOx) emissions when put to more stringent tests than the ones currently in place in the EU.

The underlying data for this graph can be seen and downloaded here. The source data is available on the EIB’s website.

Volvo, whose S60 D4 model was found to emit over 14 times more NOx than in regulators’ tests, has received EUR 1.75 billion from the EIB. The bank also lent Fiat, whose 500x 1.6 model emitted over six times that level, more than EUR 2.9 billion. Four loans totaling EUR 1.7 billion were extended to one or more unnamed automakers in Germany.

A number of these loans were explicitly intended for the research and development of engines with lower emissions. In fact, over half of all EIB loans to Europe’s car industry between 2005 and 2015 were classified as “climate action”.

These loans raised our concerns from the very beginning. In March 2009, after the EIB gave over EUR 3 billion to nine European car manufacturers, including VW, Bankwatch and Greenpeace expressed their scepticism about these investments. “CEE Bankwatch Network and Greenpeace call on the EIB to ensure that money goes to initiatives with a true impact on cutting carbon emissions from cars and not just to small-scale greenwash projects,” the statement read.

Now, in light of suggestions that other carmakers might have also manipulated emissions tests, the findings from our analysis cast doubts over whether those loans, meant for developing cleaner car engines, have indeed served their purpose.

In particular, labeling some of the loans as “climate action” is plain cynical. The EIB’s Operations Evaluation report (pdf) showed that between 2010 and 2014 the car industry received the biggest share – 11 per cent – of the bank’s total climate action lending. Despite some efficiency gains in car engines, this classification ignores the long-term cumulative impacts of loans that go to polluting transport instead of cleaner alternatives.

But it is now about the credibility of the EIB and its ability to ensure sufficient control over billions of euros in public funds. Failing to be transparent and publicly accountable – by disclosing all the relevant information – would make the bank complicit in both mismanaging public funds and contributing to chronic air pollution and climate change.

So far the bank has been restrained in informing about its actions towards VW group. EIB President Werner Hoyer said the bank has launched an investigation into the case and might ask the money back from VW. “If we determine that the loans that we have extended to drive engine developments have not contributed to combating climate change, but have possibly done the contrary, then that is a reputational problem also for us,” Hoyer told Bloomberg.

If the EIB suffers a reputational risk it means that the bank had been negligent in the case. So if the bank is concerned about its reputation, it would be wise to be as transparent as possible right now. The EIB does indeed document things like the results of research and development through monitoring reports about the achievements of its investments, but these are not publicly available.

The EIB’s accountability is on the line and the public interest in disclosing all relevant information clearly outweighs the bank’s normal transparency standards. Otherwise, how can the public know if the bank demanding its VW loans back is at all legally possible? Has the bank even secured such option in the loan contract?

Meanwhile, it is business as usual at the EIB, which has just announced a no less secretive loan of EUR 700 million to Daimler. A day after the loan was approved the Guardian revealed that Daimler’s Mercedes-Benz diesel cars have been found to produce at least 2.2 times more NOx in real driving conditions than the official Euro 5 level and five times higher than the Euro 6 level.

A month since the scandal was first revealed, and three weeks since the public learned that Europe’s biggest automaker received hefty support from Europe’s biggest lender too many questions remain – the ball is now in the EIB’s court.