Home > Blog entry > UPDATED: Six months and counting… EBRD silent on investigations into its own operations

Is the EBRD deliberately dragging its feet on publishing investigation reports on large hydropower plants in Georgia, Macedonia and Croatia? 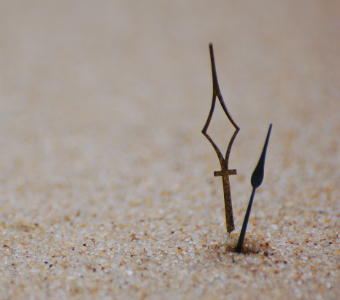 Update (4.12.2013): In an email, staff of the EBRD’s Project Complaint Mechanism has informed us that internal discussions on the cases described here are ongoing in the EBRD. An indication for when the reports will be published could not be provided.

These three hydro project cases are among the few to be concluded by the PCM in the four years of its existence, and the delay begs the question whether the EBRD takes seriously its commitment to transparency and accountability of its operations? This question is especially relevant as the PCM Rules of Procedure are under revision – an exercise that is hard to conduct without the ability to discuss actual outcomes from PCM investigations.

How sustainable are the EBRD’s hydropower projects?

Hydropower is the renewables favourite that attracts the greatest volume of investments from the EBRD’s Sustainable Energy Initiative outside of the European Union. The three Bankwatch complaints, however, expose the failure of the EBRD to ensure protection of endangered and endemic species, and the need to better balance carbon emission reduction and biodiversity protection objectives.

For example the Boskov Most investigation was the result of a complaint submitted by our organisation, Eko-Svest, in November 2011, when the EBRD approved a loan for the 70 MW Boskov Most hydropower plant, Macedonia. The dam is to be located on the Bistra mountain, the core reproduction area of the critically endangered Balkan lynx, and is one of several hydropower projects threatening the Park. We pointed out that the Bank failed to undertake adequate research before project approval and that it failed to recognise the site as a critical habitat.

The Paravani hydropower plant includes a 14 km derivation tunnel to divert water from the Paravani river to the Mtkvari river upstream of the village of Khertvisi. Our colleagues in Georgia, Green Alternative, submitted a complaint in December 2011 pointing out that in some periods this would leave only 10 percent of water in the Paravani river – inadequate to ensure the survival of downstream flora and fauna – while at the same time, the project creates a significant risk of flooding Khertvisi and the associated transmission lines threaten migratory birds. The bank, it was alleged, had not undertaken sufficient measures to ensure sufficient water levels in the river, and other Georgian hydropower promoters had started to notice and claim that their projects complied with EBRD standards.

The 68 MW Ombla underground hydropower plant near Dubrovnik in Croatia was approved by the EBRD in 2011, on condition that an additional nature impact assessment was carried out. The plant was planned to be built in a future Natura 2000 area that had not been fully researched but was known to contain endemic species. Zelena akcija/Friends of the Earth Croatia submitted a complaint pointing out that the EBRD had failed to ensure adequate environmental assessment prior to project approval and that the project would damage critical habitat without due justification.

Luckily for our colleagues and undeground fauna in Croatia, the Ombla project did not survive long enough to see the outcome from the PCM investigation, but in Macedonia and Georgia, the outcomes of the investigation will have very real impacts. For Boskov Most we are still discussing with the bank the outcomes from biomonitoring that has taken place but come to rather bizarre conclusions, while in Georgia the bank has already thumbed its nose at critics by showing interest in financing the Adjaristsqali hydropower plant, whose environmental impacts are likely to be similar to Paravani, but worse (more to come in the following weeks from our colleagues in Georgia…).

If dealt with in a more timely manner, lessons from these three PCM cases would have served to inform the revision of the Energy Sector Strategy of the Bank that is to be concluded next week. In this process Bankwatch proposed sustainability criteria for hydropower, in order to ensure that the transition to low-carbon economies that the EBRD claims to promote through its investment does not clash with its sustainability mandate and its environmental and social policy.

Is the EBRD delivering on its accountability commitments?

As a multilateral financial institution EBRD is in many ways above the law. Although its clients’ operations are subject to national, EU and international law, the implementation of the bank’s own environmental and social safeguards can only be challenged through the independent reviews of the PCM. If there are barriers to making PCM findings public and thus enabling an open dialogue about the projects’ adherence to the bank’s highly regarded environmental and social standards, then there is a serious problem of accountability.

This is especially problematic as the PCM Rules of Procedure, the bank’s Environmental and Social Policy and Public Information Policy are being revised at the moment, and there is a threat of watering them down instead of strengthening them. So no wonder we are concerned. What exactly delays the disclosure of the PCM findings? In whose interest is it to make the PCM process slow and ineffective? Will the PCM be given the chance to perform its functions and ensure that the EBRD is accountable and can handle independent assessment on how well it complies withs its policies?

It is high time for the Boskov Most, Paravani and Ombla reviews to be made public and for the EBRD to affirm its commitments to transparency and accountability.