What is a perceived source of security for some can cause instability for others’ lives. 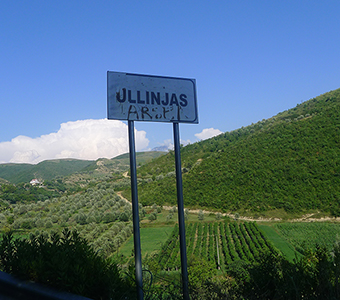 The Trans Adriatic Pipeline (TAP), the most western part of the Southern Gas Corridor, a pipeline project to bring gas from Azerbaijan to Europe is promoted by the European Commission as a strategic asset for Europe’s energy security.

Yet, leaving aside Europe’s falling gas demand and doubts about the level security the project really offers, a July visit to over 30 Albanian villages and the resulting report ‘We have no other option’ (pdf) reveal the high level of dissatisfaction and confusion for people impacted by the construction of the TAP gas pipeline.

The pipeline will cut an 8 to 40 metre wide corridor through Albania, requiring involuntary resettlement and compensation for loss of land and properties. Villages along the 200 kilometers long pipeline route are marked by scores of olive trees, orchards, pastures and fields providing the basis for people’s existence. 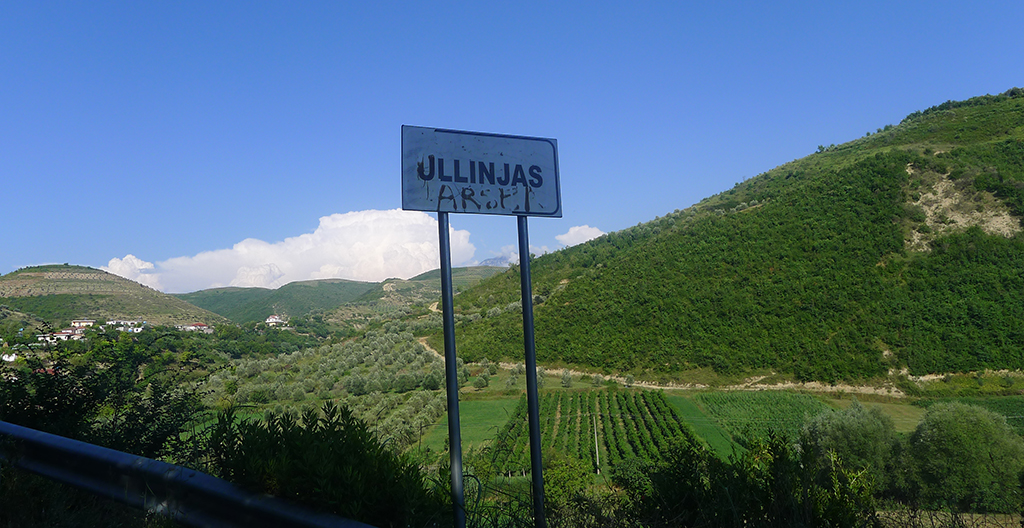 Orchards and olive trees along the TAP pipeline route in Albania.

But even though TAP is considered to be a priority infrastructure project by and for the European Union, and despite record loans promised by European public banks, the resettlement and compensation process is controlled by a private company, the TAP AG, and its representative, consulting company ABKons, without involvement of any European public authority to ensure the fair treatment of affected communities. 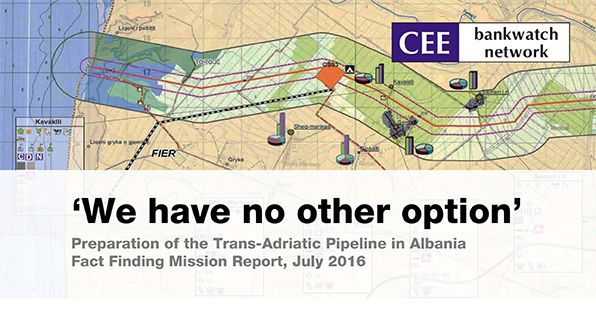 “We have no other option” was the most common sentence we heard in those villages across Albania when people expressed their perception of the project and the resettlement process. Knowledge of their rights and options to appeal was almost nowhere to be found among the people we met. Most prefer to remain silent even though they consider the compensation offered to them as unfair and unjust, even though they are hopeless about a future without their orchards and olive trees.

According to statements from locals, the company seems to exploit this lack of knowledge and the high level of mistrust in the Albanian state by threatening villagers with even worse conditions if they rejected the company’s compensation and turned to state authorities.

Being forced to use a bank imposed by TAP and to pay additional fees for withdrawing their compensation even becomes a secondary problem in this situation.

The European Investment Bank and the European Bank for Reconstruction and Development are currently considering loans worth EUR 3.5 billion for TAP. The resettlement and compensation currently in progress will most likely be in breach with the banks’ policies on involuntary resettlement. Should they get involved nonetheless, it will be their responsibility to ensure that those affected are aware of the banks’ involvement and their own rights and that they have received sufficient compensation. A thorough review of the process in Albania will have to show where corrective actions are necessary.

‘We have no other option’ – Preparation of the Trans-Adriatic Pipeline in Albania (pdf)
Study | August 4, 2016