Home > Blog entry > Why not do the obvious and use the EU bugdet for energy efficiency? 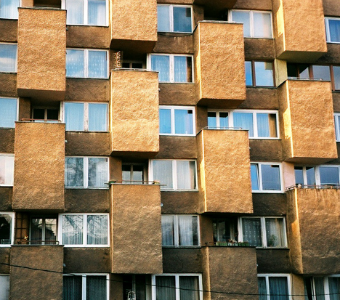 The European Commission recently published the new draft EU budget, the so-called Multi-annual Financial Framework (MFF), which defines the size and spending priorities for the period between 2014-2020 and aims at ‘results-oriented financing’. If used in the right way, the EU budget has the potential to help achieve the goals of the EU 2020 Strategy and overcome the triple crises of climate change, economics and energy dependency.

The Commission’s proposal includes several positive aspects. By ensuring that actions to avoid climate change are included in the design of EU-funded projects, addressing climate change is generally supported throughout the budget proposal.

Yet the proposal remains disappointingly unambitious, particularly from the central and eastern European perspective. The proposal does not guarantee financing for energy efficiency measures and small scale renewables in the CEE region, developments which promise enormous potential in the fight against climate change.

At the same time, some budget lines in the proposal – for example the European Regional Development Fund (ERDF) and the Cohesion Fund – mention energy efficiency and renewable energy as options but without earmarking concrete financing amounts. In the energy sector, the largest chunk of financing assigned for a specific purpose is to be spent on large scale projects under the Connecting Europe Facility like electricity and gas interconnectors.

Building an interconnected electricity market at the European level might well be a good idea that would enable Europe to share renewable energy across the continent. But CEE countries do not have the potential for the large scale export of renewable energy, and with the current structure of the sector, companies like CEZ in the Czech Republic or PGE Poland who are in the business of lignite will be able to use these EU funded interconnectors to provide one of the dirtiest energy sources to the market.

Energy efficiency – the low-hanging fruit in central and eastern Europe

New member states in CEE need a different approach to the energy sector altogether. Many are dependent on coal and imported gas, and large amounts of energy are wasted, with poorly-insulated buildings further increasing energy losses. No wonder that the ten most energy-intensive countries in the EU are in CEE. These countries need on average three times more energy per GDP unit than the EU-15 member states.

Consequently, efficiency measures such as thermal insulation of buildings should be the priority for public funding. These measures are the most cost-effective option and promise the highest added value to achieve EU climate targets.

Additionally, efficiency investments create jobs that are spread evenly over the region and benefit small- and medium-size enterprises in the building sector, one that was especially devastated by the economic crisis. A study by Miroslav Zamecnik (pdf in Czech language) of the Czech government’s economic committee shows that the Czech Green Investment Scheme, supporting efficiency measures in private housing, created 11 100 new jobs annually. Zamecnik writes: “In terms of how each Czech Crown invested benefitted the national economy, I can see no better anti-crisis measure.”

Similarly a study from Central European University (pdf) about options for retrofitting buildings in Hungary shows that a deep retrofit programme would create 131 000 new jobs by 2020 and create high energy efficiency standards in existing buildings. The necessary investment would be EUR 4,5 billion per year initially and decrease to EUR 2,8 billion in the final stage. The same study also highlights that diverting subsidies from fossil fuels and using EU funds wisely would provide the public budget with EUR 1 billion annually, enough to leverage the necessary private capital for such a programme to succeed.

Although Europe would like to be seen as a champion in the clean energy industry and a leading advocate in the fight against climate change, the Commission failed to assign funding for some of the most promising mitigation measures in the Multi-annual Financial Framework. It needs to get its act together in the next stage and dedicate sufficient funding to energy efficiency in its proposal for the future EU Structural and Cohesion Policy.

In this way, European funding will achieve several crucial goals: ensure economic convergence of the poorest regions by cutting their energy bills, deliver on the efficiency targets in the EU 2020 strategy and create hundreds of thousands of jobs in a sector where they are most needed.