Home > Blog entry > Yet another bail-out package? A comeback to ‘The Vienna Initiative and financial stability in emerging Europe’

The European Bank for Reconstruction and Development promotes the support for western European banks in central and eastern Europe although evidence for this initiative’s success is disputable at best. 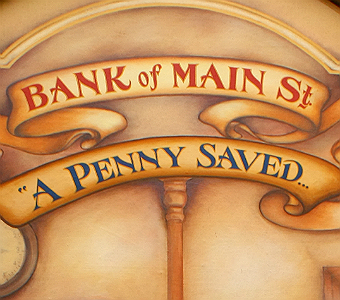 (Updated April 2, 2012 to correct the sources of the quoted paragraphs.)

In an entry on the EBRD’s blog this week, Ralph De Haas, Deputy Director of Research, and three colleagues assess the first Vienna Initiative from 2008 that mobilised close to EUR 33 billion in order to avert crisis in central and eastern Europe and to increase available funding sources for the “real economy”, small and medium-sized enterprises in particular.

Since central and eastern Europe’s financial sector is nowhere near the safe side, a sequel to the Vienna Initiative has been agreed upon recently. I have already criticised Vienna I and II here, but I think the EBRD’s blog post deserves a comment.

While the rather academic text is not exactly assertive in its statements, it still unmistakeably argues for a ‘bail-in of private-sector lenders’, and bases its conclusion on the experience from Vienna I:

“Overall, our evidence suggests that participation in the Vienna Initiative may have helped banks to stabilize their lending. Importantly, we find no evidence of negative spill-overs to other parts of emerging Europe. Complementing public funds by a coordinated bail-in of private-sector lenders may not only have helped countries to close external funding gaps, but also to soften the inevitable deleveraging process in emerging Europe and to prevent a uncoordinated ‘rush to the exit’.” (emphases added)

The highlighted careful wording is significant, because it illustrates what is not being said: there is virtually no evidence for neither success nor failure of Vienna I. Equally significant is that the lack of evidence is clearly expressed in the same working papers that are referenced by the authors.

“Domestic banks were better equipped to continue lending because of their greater use of deposits, a relatively stable funding source during the crisis. We conclude that while multinational banks may contribute to financial stability during local bouts of financial turmoil, they also increase the risk of “importing” instability from abroad.” (emphasis added)

and in another paper:

“Although a large-scale, uncoordinated withdrawal of banks from emerging Europe did not materialise – and the VI can therefore be considered successful stricto sensu – as yet virtually no empirical analysis has been undertaken to assess its impact. No evidence is available on the role played by banks that were part of the VI versus those that were not.
Likewise, for those multinational banks that were part of the VI, no comparison has been made between their lending behaviour in countries where they signed commitment letters and countries where they did not. It also remains unclear whether signing commitment letters may have led to negative spillovers to other countries.” (emphasis added)

So the EBRD has no clear evidence on the real impact of the Vienna Initiative, and its own analysis shows that domestic banks in central and eastern Europe are doing better than western European banks. Additionally, a Bankwatch analysis found that (for the European Investment Bank) lending in times of crisis through financial intermediaries has provided greater stimulation for the intermediary banks than for the ‘real economy’.

In spite of this, the EBRD promotes Vienna 2.0, referring to the Vienna I for supporting evidence.

But without better proof, initiatives like Vienna I and II can by no means be dubbed successful in supporting the real economy – at least in the shape they’ve been implemented so far. The lending through financial intermediaries by the EBRD and other international financial institutions needs a swift overhaul to produce results for SMEs. This should include tailoring loans not to the intermediary banks but according to the effects on the real economy and the needs of final beneficiaries. Based on these conditions, the appropriate intermediary institution should be found.

Otherwise, for all we know, Vienna 2.0 will likely do no more than reinforcing the capital reserves of western European banks’ subsidiaries.