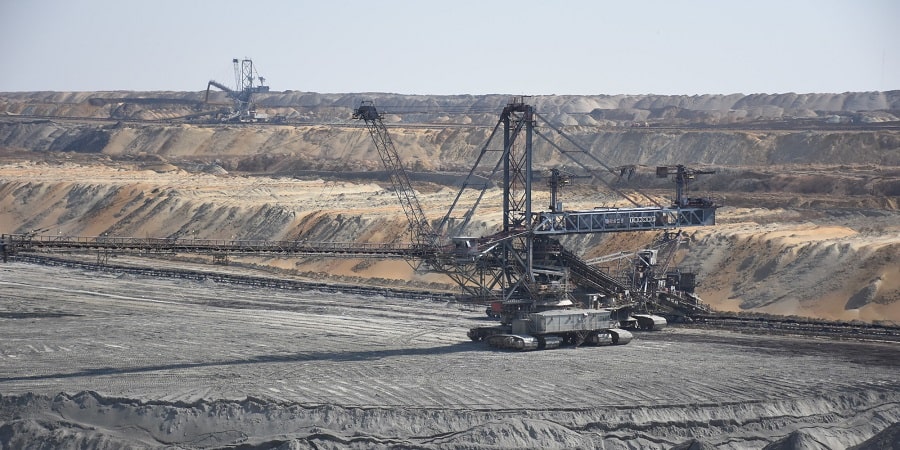 According to the NGOs’ complaint, “although the investment is on corporate level (…) the project has caused harm (…) due to freeing up resources to allow the company to implement its long-term capital expenditure programme which includes lignite mine expansion and the construction of several coal plants.”

Back in 2015, the EBRD granted this loan to EPS after massive rainfall flooded EPS coal mines and damaged the company’s infrastructure the previous year. Nominally, the EBRD loan was meant to help the company get over the floods, but an EBRD board document said the money was meant to ensure the company can implement its long-term capital expenditure programme – and that means more coal.

The 2015 loan is one in a series of several loans the EBRD has given to EPS since 2001, despite the company clearly pursuing a strategy to expand coal-based electricity production and numerous allegations of corruption and legal violations tarring its reputation.

According to the 2016 Energy Strategy of Serbia [1], in addition to prolonging the life of existing coal plants, EPS is planning several new lignite power plants: Kostolac B3 [2], Nikola Tesla B3, Kolubara B and Stavalj. While it is unlikely that all of these will go ahead, EPS clearly prioritises Kostolac B3 in the implementation programme [3] for the energy strategy and has not publicly announced any cancellations of the other plants.

EPS is also expanding the Drmno lignite mine’s production capacity from 9 to 12 million tonnes per year, and it is doing so without an environmental and social impact assessment, in breach of EBRD policy, as well as Serbian and EU legislation. In September, Bankwatch and CEKOR also submitted a complaint to the Energy Community about mine expansion works going ahead without the necessary precautions.

“The EBRD’s 2015 loan for EPS should have prepared a coal-heavy company for the realities of adhering to stricter EU legislation. Instead, it appears to have freed up resources so that the company can extract and burn even more coal,” says Ioana Ciuta, energy campaigner at Bankwatch.

“The EBRD has given money to EPS to reform, but three years after this loan the company shows no signs of cleaning up its portfolio. If we only look at the CO2 price, coal is clearly becoming a liability. This is the elephant in the room everyone at EPS and the EBRD chooses to ignore,” says Zvezdan Kalmar, programme coordinator at CEKOR.

The EBRD’s Project Complaint Mechanism has now declared the NGOs’ complaint eligible and published its assessment report, which raises a series of questions about the Environmental and Social Policy of the bank when it comes to corporate level finance. According to Bankwatch, the assessors’ willingness to examine a ‘restructuring loan’ is a step in the right direction since such loans can serve as a facade for indirectly financing problematic projects.

The EBRD will organise a public consultation in Belgrade on October 19, in the context of its Energy Sector Strategy revision, where it is expected that lending to coal dependent companies, such as EPS, and decarbonisation of the energy sector will be among the topics for discussion.

A new report published by Bankwatch last week shows how EPS and other companies in Poland, the Czech Republic and Bulgaria have been receiving generous financial support from European developmnet banks despite their continued reliance on fossil fuels. In light of the revision of the EBRD’s Energy Strategy, the report makes the case for conditioning further financing to such companies on decarbonisation plans in line with the Paris climate agreement.

[1] http://www.mre.gov.rs/doc/efikasnost-izvori/23.06.02016 ENERGY SECTOR DEVELOPMENT STRATEGY OF THE REPUBLIC OF SERBIA.pdf

[2]The China ExIm Bank is supporting the construction of the new Kostolac B3 plant by the China Machinery and Engineering Corporation (USD 608 million approved in 2015) and has financed a desulphurisation installation at the existing blocks of Kostolac B (USD 293 million approved in 2011). The latter was allegedly completed in July 2017, however, the power plant has hardly been emitting through the de-SOx stack, which raises questions about the quality and reliability of the works.

[3] http://www.mre.gov.rs/doc/efikasnost-izvori/PROGRAM FOR THE IMPLEMENTATION ENERGY STRATEGY for the period from 2017 until 2023.pdf