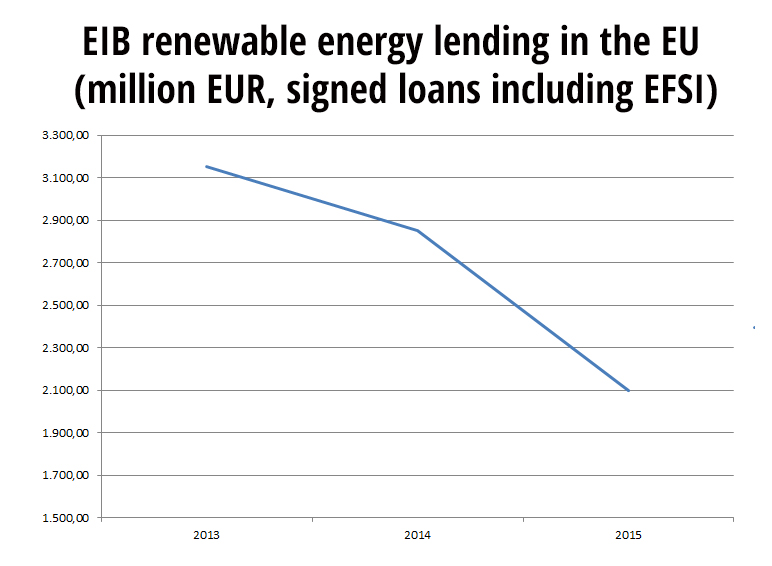 Nevertheless, one year on, the EFSI portfolio is still far from kickstarting the energy transition that Europe needs.

“So far EFSI guarantees have not catalysed any new finance on top of the EIB’s normal investments in energy efficiency and renewable energy sources. In fact, EIB lending to renewable energy has decreased in 2015, and the higher share of clean energy investments in the EFSI is the result of EIB simply shifting the few clean energy projects from its normal portfolio to the EFSI,” says Markus Trilling, EU Funds Policy Officer at CEE Bankwatch Network.

“Despite the praise from the European Commission and the EIB, the main beneficiaries of EFSI support have so far been the same countries, primarily richer ones, that have seen the largest EIB investments in sustainable energy [1]. As a result, the EFSI is not the effective de-risking mechanism it was meant to be. The EFSI was intended to help the EIB extend its financing to sectors and markets it has so far not been active in – for example, research and development to support the clean energy transition in central and eastern Europe – but this has not happened,” says Anna Roggenbuck. EIB Policy Officer at CEE Bankwatch Network.

“To date the information available on projects financed under EFSI is not sufficient to understand how the fund really delivers on its stated objectives. Given the EU guarantee awarded to the bank, it is now up to EU institutions to ensure a much higher level of transparency. Therefore, the European Parliament and European Court of Auditors will have a key role in coming months to hold the EFSI to account” says Xavier Sol, Director of Counter Balance. 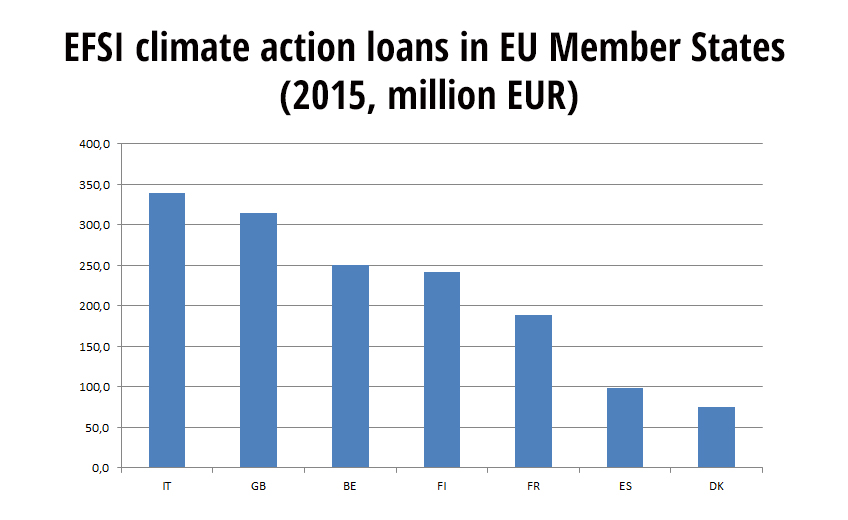 Climate action within the EFSI was limited to richer countries which already see larger EIB investments in sustainable energy. (For more details, see Bankwatch’s briefing on the EIB’ climate action lending in 2013-2015.)

[1] According to an EIB evaluation, 70 per cent of the bank’s EUR 75 billion in climate finance in 2010-2014 was limited to just five countries: Germany, France, UK, Italy and Spain. Except for Germany, these are also among the few recipient countries of EFSI finance.