Last week Namibian news outlets reported on Bankwatch’s findings on the potential impacts of Dundee Precious Metals’ (DPM) operations in the country. Yet, in light of the company’s response we believe a number of points need to be stressed. 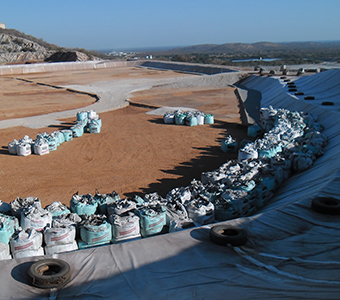 Last week Namibian news outlets reported on Bankwatch’s findings on the potential impacts of Dundee Precious Metals’ (DPM) operations in the country. Yet, in light of the company’s response we believe a number of points need to be stressed.

For more background on the Tsumeb smelter in Namibia, see Exporting toxic pollution from Europe to Namibia (Blog post | November 19, 2015)

First, inorganic arsenic is a highly toxic compound. Despite DPM’s statements to the media in recent days, arsenic trioxide, a by-product of the copper smelting process in Tsumeb, is “one of the most toxic and prevalent forms [of arsenic]”, according to the U.S. Agency for Toxic Substances and Disease Registry. “Small amounts of arsenic trioxide can lead to multiple organ damage and death.”

And this is not just our interpretation. DPM’s own 2014 Sustainability Report (page 63) states that “After the copper concentrate has been smelted, the extracted arsenic is classified as hazardous waste”.

We believe that information about the handling of this hazardous waste is not available to the public, even upon request. If DPM are happy about the situation in Tsumeb, why not make the relevant information public? Despite claims made by the company’s spokesperson, the information on monitoring of the waste disposal site, on exposure of workers and community members to toxic substances, and arsenic levels in the environment is not available on DPM’s website.

We believe this information is of profound public interest, and both the government and DPM are ought to be as transparent and as publicly accountable as possible when dealing with such amounts of hazardous compounds.