Local residents south of Mostar fear they could be uprooted by a motorway project financed by the European Bank for Reconstruction and Development (EBRD). With forced expropriations underway, the Bank’s accountability mechanism has now announced it will investigate these concerns. 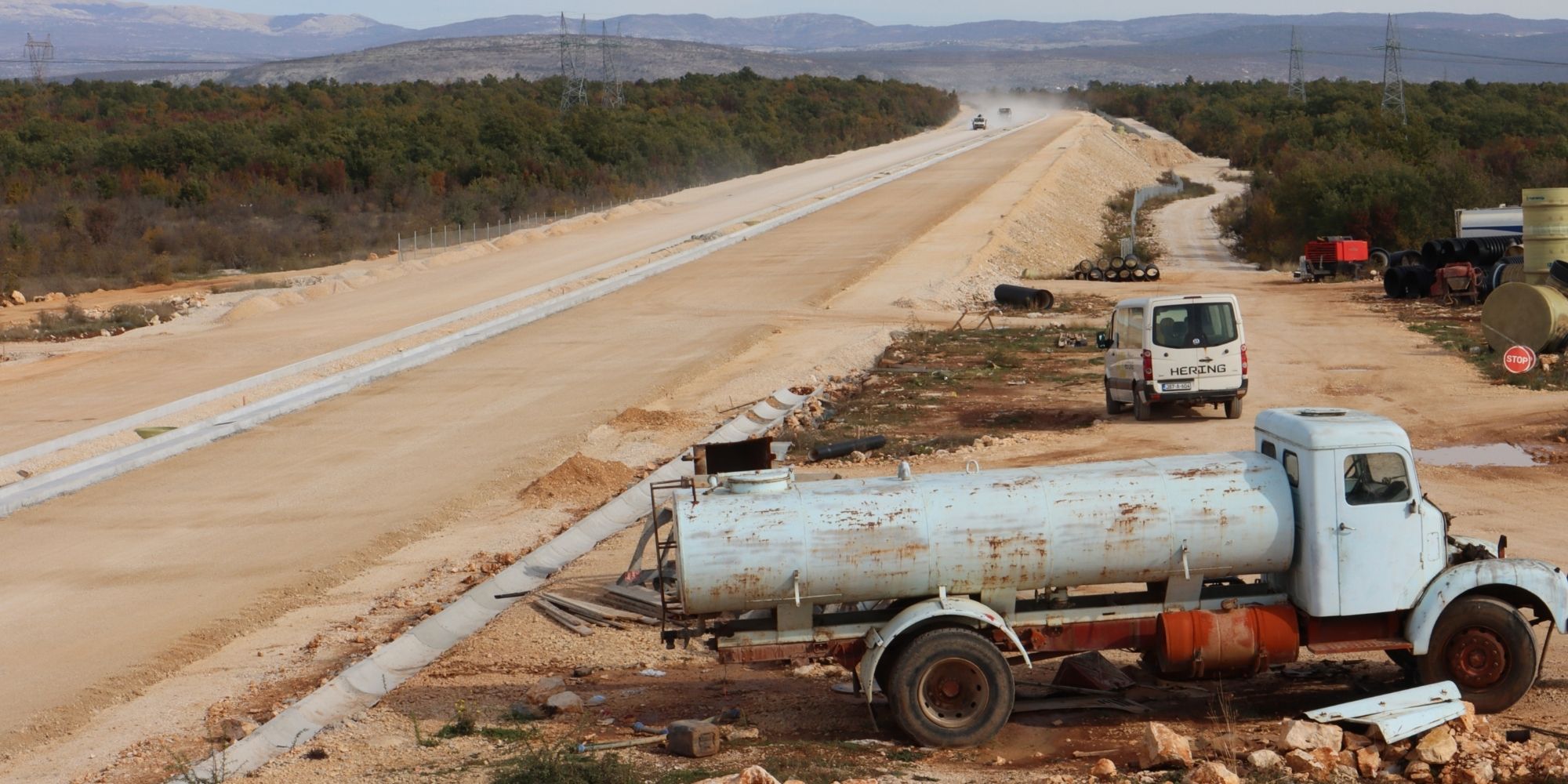 Local residents who stand to be affected by the section of the Corridor Vc planned between Mostar and Pocitelj in Bosnia and Herzegovina (BiH) submitted a complaint to the EBRD in January 2020. In response, the Bank’s Independent Project Accountability Mechanism (IPAM) acknowledges in its report that the selection of the route might have excluded and marginalised local communities and plans further investigation [1].

Building the motorway in the valley would in particular impact the property and livelihoods of Serb war returnees, who have rebuilt their lives in the south Mostar area in the last two decades. Vujadin Berberović, president of the Serb returnee association in Mostar, described in conversation with Bankwatch [2] how after the war he started to rebuild his family’s burnt down vineyard: “Five years ago, all this was interrupted with the first information that the potential route of Corridor Vc could pass through this beautiful valley.” Berberović, who recently passed away, was deeply involved in the fight to get the community’s voices heard among decision-makers [3].

IPAM’s report stressed that “particularly relevant to the investigation would be to identify if the Client took the necessary actions to ensure that Serb returnees were not disadvantaged in the resettlement process, were fully informed and aware of their rights and were able to benefit from the resettlement opportunities and benefits”. According to the Bank’s safeguards policy, ethnic minorities should have been treated as vulnerable groups that require additional protection and consultations.

In February 2021 the Bank approved its latest contribution to the Corridor Vc project – a EUR 60 million loan. The decision was made despite the ongoing assessment of the complaints, which contain serious allegations about the way the bank and JP Autoceste, the Federation of BiH’s road company, have been sidelining the local communities, in breach of the EBRD’s standards.

A recent Bankwatch report [4] described how company representatives have trespassed on affected people’s property, and organised public presentations only after the final route had been selected – a far cry from the meaningful public participation required by EBRD policy. In an earlier assessment published by the EBRD’s accountability mechanism, both the Bank and JP Autoceste commented that the route selection was a done deal and further public consultations would be unlikely to reverse the decision [5].

The selection of the current route, moved from an uninhabited ridge into the valley south of Mostar, where it would run through villages and fertile agricultural land, was not properly consulted with the local communities, nor justified.

The EBRD’s Accountability Mechanism’s report states that it is not clear ”if the final design is ready nor whether studies and surveys have been initiated, however it is relevant to say that due to limitations faced during the appraisal, these studies need to be undertaken prior to start of construction”.

Amna Popovac, a representative of local complainants said: “Recent developments on the ground show that the EBRD and JP Autoceste are not waiting for the investigation to take its course, but moving ahead to inflict irreparable harm on local communities by starting expropriation procedures. We are convinced the IPAM will eventually recommend that the EBRD and JP Autoceste should listen to the local communities and reconsider the alternative route.”

Fidanka Bacheva-McGrath, Bankwatch EBRD policy officer said, “IPAM has already identified that a number of studies on the risk and adverse impacts to the health and safety of the affected communities had to be undertaken prior to start of construction, however, they were missing. In addition IPAM found that the project may have caused, or may be likely to cause, direct or indirect and material harm to local people. In view of this, the EBRD should suspend project implementation until IPAM concludes its investigation and the additional studies are done and consulted with affected people.”

The Bankwatch report is available here: Connecting or Dividing? The South Mostar section of Corridor Vc in Bosnia and Herzegovina

[3] Vujadin Berberović, local activist who campaigned against Corridor Vc in Bosnia and Herzegovina, passes away https://bankwatch.org/press_release/vujadin-berberovic

[4] Connecting or Dividing? The South Mostar section of Corridor Vc in Bosnia and Herzegovina https://bankwatch.org/publication/connecting-or-dividing-the-south-mostar-section-of-corridor-vc-in-bosnia-and-herzegovina