Brussels – Yesterday the European Investment Bank (EIB) formally adopted a revised transparency policy including controversial exceptions to the disclosure of internal documents. This watered down transparency policy comes right before the bank will start implementing the € 315 billion Juncker plan and risks undermining the impact of EU recovery efforts. 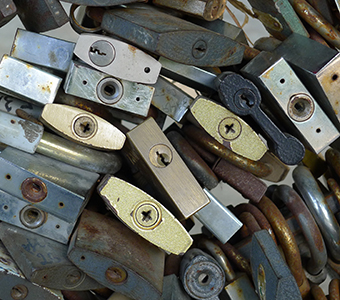 Brussels – Yesterday the European Investment Bank (EIB) formally adopted a revised transparency policy including controversial exceptions to the disclosure of internal documents. This watered down transparency policy comes right before the bank will start implementing the € 315 billion Juncker plan and risks undermining the impact of EU recovery efforts.

The new transparency policy has been met with strong criticism from civil society organisations [1] because it would allow the EIB to establish a new presumption of confidentiality to keep secret internal investigations into irregularities such as corruption and maladministration.

The exceptions also alarmed some of the Directors of the Bank (the Directors are representatives from the Member States who meet monthly to approve projects and the policies which guide the bank) who could not come to an agreement on the adoption of the final policy during their last meeting on 3 February 2015.

According to sources within the bank, it is the first time that there was no agreement on the adoption of a final policy proposed to the Board of Directors, illustrating how controversial this new policy is. During the public consultation process regarding the policy, the European Ombudsman’s representative also recommended against including the exceptions on of internal documents.

Despite the controversy surrounding the new policy, the EIB decided not to take into account the concerns raised and only made a minor cosmetic change to the policy before adopting it yesterday.

“Transparency is widely recognized as a precondition for good governance. The EIB’s new transparency policy comes right before the bank is expected to get Europe’s economy back on track by implementing the Juncker investment plan. The bank’s move towards secrecy might seriously undermine these efforts.”

“The new policy casts serious doubts over the bank’s commitments to improve transparency and may further undermine its already bad reputation given its terrible rankings on the yearly published Aid Transparency Index [2]. A number of cases in the past have shown the bank is very reluctant to proactively disclose proactively information of public interest and only acts under external pressure such as from the European Ombudsman [3]. European citizens deserve a much more transparent and accountable public investment bank.”

Toby Mendel, Executive Director of the Centre for Law and Democracy, added:

“It is most unfortunate that the Bank is moving backwards on this core democracy issue while other international financial institutions have been putting in place much stronger transparency policies. This is particularly ironic given the historic commitment of the European Union and its Member States to openness.”

1. Read here about the critiques to the new transparency policy:

2. Year after year the EIB scores very low when it comes to transparency. Last year it ranked second to last of all financial institutions on the Aid Transparency Index