Bucharest – Another environmental permit for the deforestation of 80 hectares of forest has been cancelled by a Bucharest court, following a Bankwatch Romania petition. The decision curtails plans to expand a lignite quarry in the Gorj county. 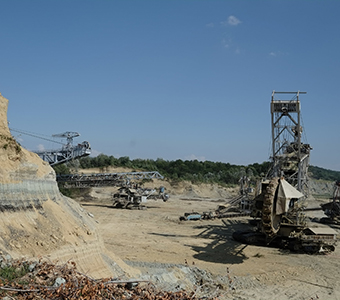 Bucharest – Another environmental permit for the deforestation of 80 hectares of forest has been cancelled by a Bucharest court, following a Bankwatch Romania petition. The decision curtails plans to expand a lignite quarry in the Gorj county.

The request to cancel the environmental permit was based primarily on the grounds that the permit granting procedure was performed partially – only for a related activity, deforestation – while the main activity, expanding the lignite quarry by 80 hectares, was not assessed at all.

In other words, the main project consists of lignite surface mining, involving several works with environmental impact, whereas deforestation is just one of them. In addition, the environmental permit does not provide compensation measures for the clear cuts, although those measures are mandatory by Romanian law.

The environmental permit has been issued by the Environmental Protection Agency Gorj, at the request of the state-owned Oltenia Energy Complex.

The Pinoasa open pit mine is located near the town of Rovinari, home to one of Romania’s largest coal power plants. Surrounding this power plant are ten more lignite mining operations, whose cumulative effects have never been assessed.

The Bucharest court decision comes two months after an earlier ruling saved 130 hectares of forest from felling for expansion of the same quarry. [1]

“We believe that the Environmental Protection Agency (EPA) is one of the most important Romanian institutions whose main concern should be the compliance with all environmental procedures. And when it comes to projects that have a major environmental impacts, the agency must carefully consider all of their aspects,” said Ionut Brigle, campaign coordinator for Bankwatch Romania. “In particular, we urge the EPA to treat lignite mining expansion more seriously because of its negative implications.”

As defendants, Oltenia Energy Complex and Environmental Protection Agency Gorj can still appeal the court decision within 15 days of notification.

Throughout last year, Bankwatch Romania has been involved in legal actions resulting in the revocation of 28 deforestation permits, preventing the clearance of 23 hectares of forest for the expansion of the Rosia open pit mine. The court has also ordered the cancellation of two other environmental permits, near Tismana 1 (59 hectares) and Pinoasa (130 hectares) lignite quarries. Eight other similar cases are still pending a court decision.

A photo of the mining operations can be downloaded here. Credits for the photo should be “Mihai Stoica for Bankwatch Romania”.