ClientEarth, Friends of the Earth Europe, Food & Water Action Europe and CEE Bankwatch Network are starting legal action to end support to 30 EU-backed proposed gas projects. They say the EU Commission has given these climate-destructive projects VIP status, in contradiction of its legal obligations. 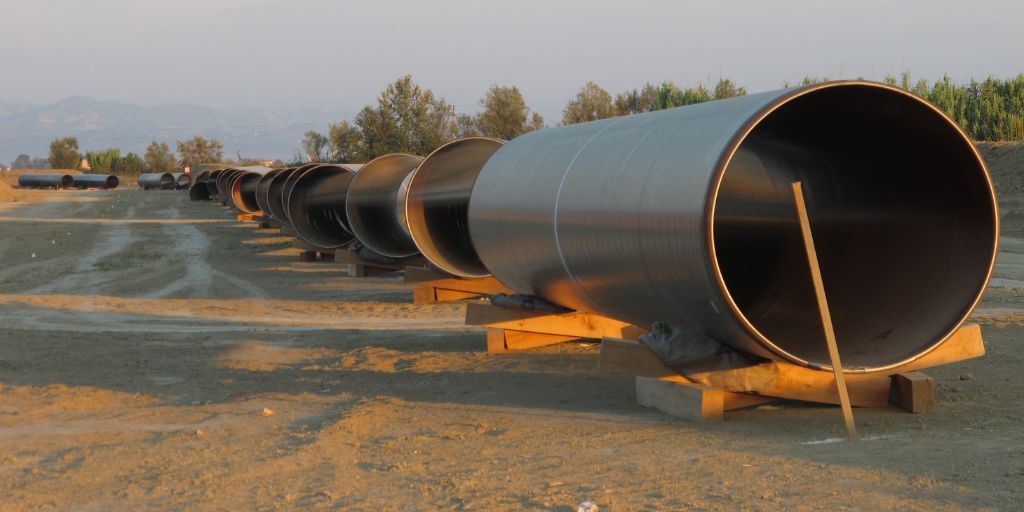 Every other year, the EU Commission draws up a list of priority energy infrastructure projects deemed beneficial to the whole bloc. Infrastructure on the “Projects of Common Interest” list gain fast-tracked permits and eligibility for EU funds.

Billions of euros are bound to be wasted on 30 major pieces of gas infrastructure like the EastMed pipeline – a €7 billion, 1,900km gas pipeline that will connect Eastern Mediterranean offshore gas fields from Israel and Cyprus to Italy via Greece.

The groups have been able to commence legal action through a request for internal review – a mechanism now open for use by NGOs and the public after a major reform of EU access to justice laws last year.

The four organisations request the EU Commission to review the decision that approved the PCI list and gave 30 proposed gas projects priority status. If the Commission refuses to amend its decision, the organisations will be able to ask the Court of Justice of the EU to rule.

ClientEarth lawyer Guillermo Ramo said: “This list amounts to a VIP pass for fossil gas in Europe, when we should be talking about its phase-out. The Commission did not consider the impact of methane emissions derived from gas infrastructure projects – in spite of evidence that these are substantial. That’s unlawful as it directly clashes with the EU’s own climate laws and its legal obligations under the Paris Agreement.”

Methane is the main component of fossil gas, with a global warming potential over 85 times higher than that of CO2 over 20 years. Yet, its impact when planning gas infrastructure is not taken into account.

The environmental organisations argue the EU’s decision to support gas infrastructure puts the EU’s climate and energy goals under threat. Experts have clearly said no new gas or other fossil fuel developments should be built if we are to limit warming within 1.5C. The list also comes as Europe faces a gas price crisis, caused in part by over-reliance on price-volatile gas.

Despite this, the EU Commission’s REPowerEU strategy plans to unleash another €10 billion in new fossil gas infrastructure.

Some studies point out that the EU can end imports of all Russian fossil gas by 2025 – two years earlier than the European Commission’s current target of 2027 – without building new gas infrastructure or delaying the phase-out of coal.

Natasa Ioannou, climate campaigner with Friends of the Earth Cyprus said: “The EastMed pipeline is a disaster for communities and the climate. It is not in the interests of local people in the region who will bear the costs of fossil fuel lock-in, and the harm to the ecologically-sensitive Mediterranean Sea. All along the route of the EastMed pipeline people are saying no to new fossil fuel infrastructure and yes to climate justice and to peace. EU funding must focus on supporting projects that implement just, fair, safe, and renewable energy solutions.”

The European Commission now has up to 22 weeks to reply. The end result could be a judgement clarifying how the EU should take the climate impacts of infrastructure into account.

In November 2021, the EU Commission published a list of priority energy infrastructure – as it does every two years – which includes 30 fossil gas infrastructure projects. This list entered into force in April 2022.

The list is governed by the Trans-European Energy Networks (TEN-E) Regulation which was revised recently. Despite initial intentions to get rid of fossil fuel projects in TEN-E, the EU Council and Parliament have proposed loopholes that would still leave considerable room for gas projects on future editions of the priority list. The process of establishing the list has been repeatedly criticised for lack of transparency and for being heavily influenced by vested fossil gas industry interests.

What is the legal procedure used in this case?

ClientEarth has fought a decade-long battle to improve access to justice rights at EU level. In 2021, a landmark reform of EU access to justice laws was approved. This has lifted the main barriers preventing NGOs and people from challenging environmental wrongdoings in court.

Environmental NGOs now have the right to ask EU institutions and bodies – in this case the European Commission – to review one of their own decisions for contravening EU law related to the environment. The Commission must officially reply to such a request within 16 weeks, a deadline that can be extended up to 22 weeks. If the claimants find that the Commission’s reply does not fix the legal violation, the claimants can sue the Commission in the Court of Justice of the European Union.

What are the climate impacts of gas and methane?

Gas extraction and transportation not only emits huge amounts of CO2, it is also a big emitter of potent and poisonous greenhouse gas methane. The drilling and extraction of gas from wells and its transit through pipelines results in emissions of methane – its primary component, which is a whopping 86 times more powerful than carbon dioxide in storing heat over 20 years. Beyond climate, methane also has devastating impacts on human health – via air pollution – and ecosystems.

Both the IEA and the IPCC have clearly said no new oil and gas extraction projects  should be built if we are to keep warming within 1.5C. Additionally, a recent study found that nearly half of existing fossil fuel production sites need to be shut down early if 1.5C is to be achieved.