The European Investment Bank (EIB) has suspended the disbursement of a EUR 200 million loan intended to facilitate a dramatic increase in passenger turnover at Hungary’s main international airport following an investigation by the Bank’s Complaints Mechanism that found that no analysis had been done to assess the air pollution, noise pollution and greenhouse gas emissions that the development would generate, in breach of the Bank’s own policy as well as EU environmental law. 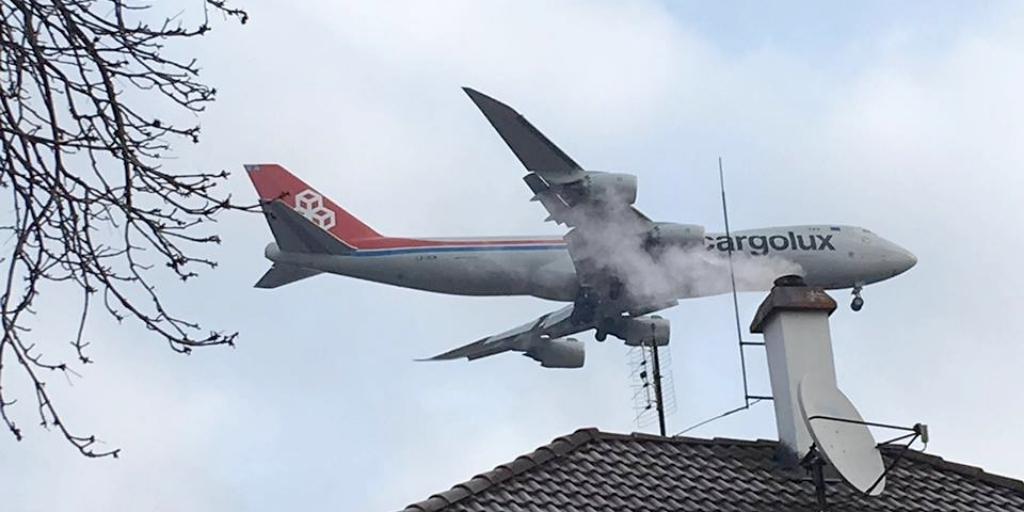 Even before the airport development has commenced, nearly a million people living around the airport have long been suffering air pollution and unbearable noise, including some houses damaged by vibration and air turbulence. The Complaint Mechanism’s investigation revealed that no environmental impact assessment has been done for the project, and found that the local residents have been deprived of their right to be consulted on the plans to expand the airport and on measures to mitigate the impacts.

In December 2018, the EIB granted the airport operator a EUR 200 million loan intended for “the construction of the new Pier B, a possible new Terminal 3, the renewal of the airfield ground lighting, the construction of a new cargo city and a range of other landside and airside enhancements,” as well as an “upgrade of the baggage handling system,” according to the Bank’s project documentation [1]. These works are ultimately meant to allow for a 50% increase in passenger traffic within the next eight years. The loan was also backed by a guarantee from the EU budget under the European Fund for Strategic Investments.

Released in late 2021, the Complaint Mechanism’s investigation report [2] was the result of a complaint submitted by two Hungarian civil society groups, the National Society of Conservationists – Friends of the Earth Hungary (MTVSZ) and the Association for Civilized Air Transport, with support from CEE Bankwatch Network. Following the Complaint Mechanism’s recommendation, the disbursement of the loan has been discontinued at least until the EIB receives the decision of the Hungarian authorities on whether a full environmental impact assessment is required for the expansion of the airport. A proper assessment should account for the cumulative impacts of the different project components. The investigation report also recommended measures to ensure fair stakeholder involvement and proper information disclosure, including mapping again all those who stand to be affected by the airport expansion and establishing a grievance mechanism for the project.

In addition, the investigation report confirmed allegations raised by the civil society groups regarding failures within the EIB in screening the project’s compliance with the Bank’s own policies, and in informing the public about the project and its implications. According to the report, the EIB’s due diligence for the project lacked basic necessary documentation and therefore had no grounds to conclude it complies with the Bank’s standards. Following the findings of the EIB’s Complaint Mechanism investigation, civil society groups now urge the Hungarian authorities to ensure noise levels from the airport are in line with EU and WHO standards, and to support the residents most affected, including through offering to buy out homes in the loudest areas and subsidising full insulation in houses further afield.

Teodóra Dönsz-Kovács, campaigner with the National Society of Conservationists – Friends of the Earth Hungary (MTVSZ), said: “The Hungarian government and the airport operator should take joint responsibility for addressing the impacts of the current operation of the airport, regardless of whether the government buys the airport, as it intends, or not. The local residents are already suffering.  Beyond the case of the Budapest Airport, if we take the climate goals and ecological limits seriously, such developments should be properly vetted by investors, authorities and the EIB.”

Zoltán Frik, President of the Association For Civilized Air Transport, commented: “The Complaint Mechanism’s investigation report gives new hope and impetus to the local residents to continue their struggle. Therefore, it is of utmost importance that the issues identified in this report are urgently addressed – the environmental impacts and the climate footprint of a larger airport must be properly assessed, and neighbouring communities need to have a say on both the investment and remedy measures.”

Anna Roggenbuck, Policy Officer with CEE Bankwatch Network, said: “The EIB is currently revising its environmental and social policies, and a new policy could be adopted within weeks. The case of the Budapest Airport shows that the EIB cannot take for granted that projects in the EU always meet the Bank’s environmental and social standards. The Complaints Mechanism rightly suggested that for such complex projects the Bank should seek assistance of environmental and social experts including those who know the local language in order to appropriately assess the project and conducts monitoring.”