In an open letter released today, climate scientists, indigenous leaders, environmental and social justice groups, actors and artists call on the European Union to immediately withdraw its support for a gas mega-pipeline that would ‘destroy Europe’s climate targets’. 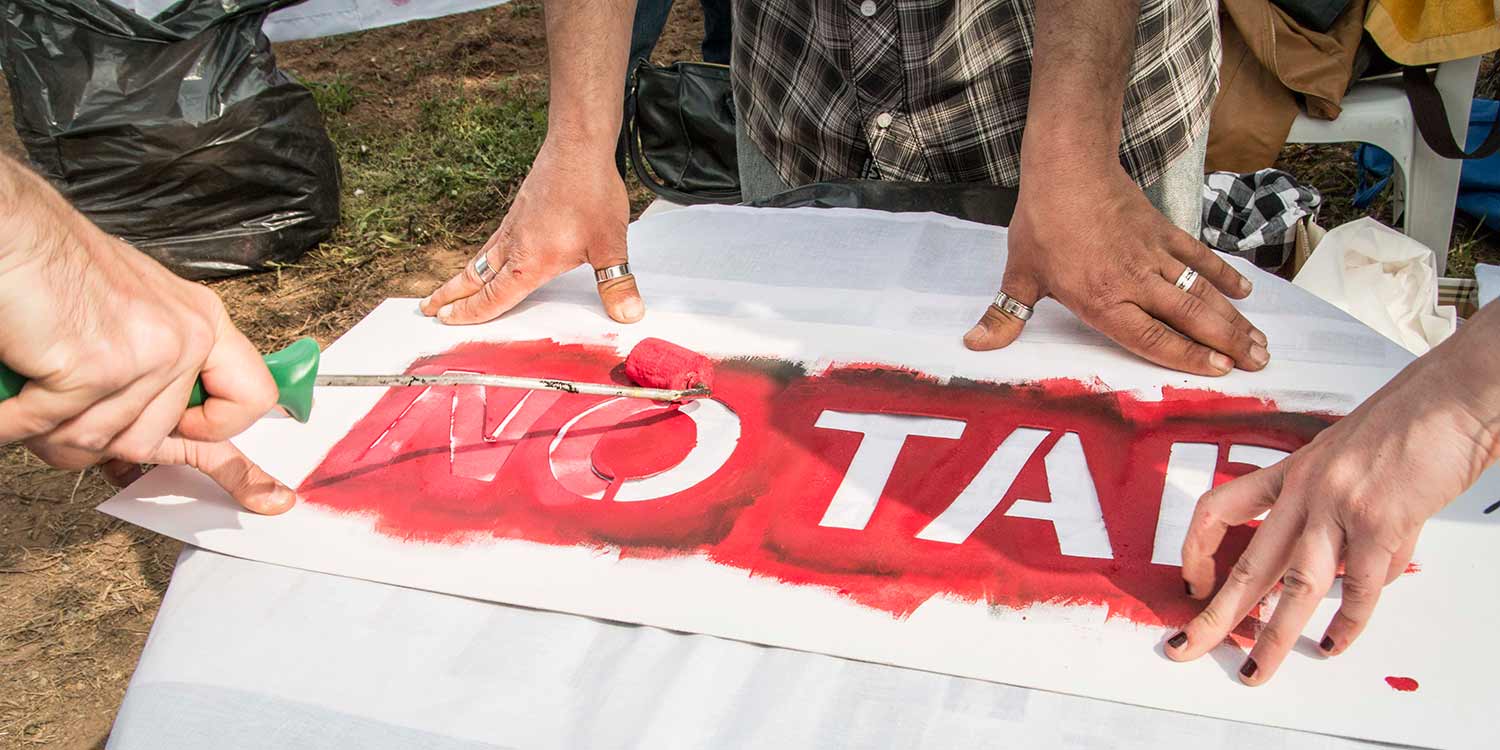 Brussels, Belgium — In an open letter released today, climate scientists, indigenous leaders, environmental and social justice groups, actors and artists call on the European Union to immediately withdraw its support for a gas mega-pipeline that would ‘destroy Europe’s climate targets’.

While European leaders criticised the United States for pulling out of the Paris Agreement, the letter points to Europe’s failure to honour the accord by supporting fossil fuel projects such as the Trans Adriatic Pipeline (TAP):

Instead of rapidly reducing emissions as the Paris Agreement demands, TAP would lock Europe into fossil fuels for decades. Given that existing fossil fuel operations already exceed the carbon budget left to avoid catastrophic, irreversible changes to our climate, there is no justification for new fossil fuel infrastructure, especially on the scale of the Southern Gas Corridor.

The signatories of the letter including renowned climate scientist James Hansen, actor Mark Ruffalo, authors Bill McKibben and Naomi Klein as well as Italian hip hop group 99 posse, call on the European Commission to withdraw its support for the pipeline. They also urge the European Investment Bank (EIB) and the European Bank for Reconstruction and Development (EBRD) that are considering financing the project to refrain from providing taxpayer-funded financial backing for the project.

A roadmap to meet the Paris Agreement of staying ‘well below 2°C’ will require halving global emissions every decade. Ramping up investment in fossil fuel infrastructure such as the TAP is inconsistent with the science of 2°C and therefore inconsistent with a goal of attempting to reduce the risk of dangerous climate change.

TAP is part of the EU’s energy flagship project Southern Gas Corridor, a system of mega-pipelines scheduled to start operating in 2020 and bring 10 billion cubic metres of gas from Azerbaijan to Europe a year. Construction works in Southern Italy were met with fierce resistance. [1] Thousands of local residents came to the site every day to block the operations. The battle is expected to continue when the works are attempted to be resumed again at the end of the tourism season.

Photos of the struggle against the TAP in Southern Italy are available here.

[1] For an overview about the struggle against the construction of the TAP in Southern Italy, see 350.org: Local residents in Salento resist mega-pipeline and Counter Balance: Italian communities block pipeline works to save ancient olive trees for a more detailed account.

[2] People across the world are invited to add their names to the open letter at 350.org/no-tap-letter