The 2019 winner of the Goldman Environmental Prize from Europe Ana Colovic Lesoska has today called on development banks – the European Bank for Reconstruction and Development (EBRD), the European Investment Bank (EIB), the Asian Development Bank and (ADB) the Asia Infrastructure Investment Bank (AIIB) – to drop their funding for the Nenskra hydropower project planned in Georgia’s Caucasus mountains. 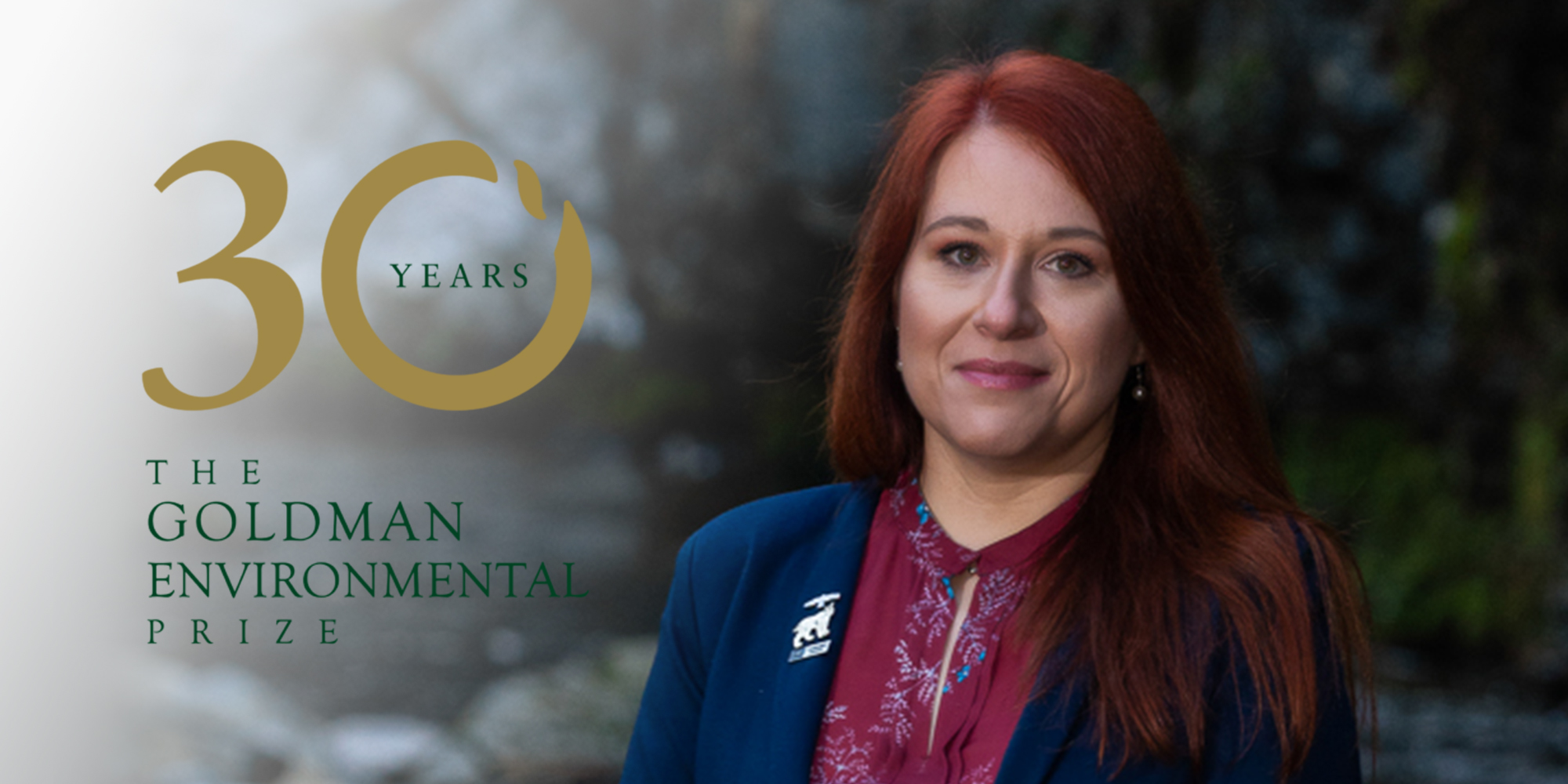 Join Ana on 2 May 2019 15:00 CEST to learn more about her award and her call to action ahead of the banks’ shareholder meetings.

The Executive Director of Bankwatch member group Eko-svest in North Macedonia, Ana is using her award to draw parallels between the Nenskra project’s potential impacts on nature and people and her award-winning seven-year campaign against dams in the Mavrovo national park.

In addition to more than 1 000 species of plants, Mavrovo is home to rare trout species, wolves, bears, golden eagles, and otters. Mavrovo also provides crucial habitat for one of the last remaining populations of the critically-endangered Balkan lynx, with only about 35 mature individuals remaining and the most active breeding population found exclusively in Mavrovo.

In 2010, the state-owned power utility ELEM proposed the construction of two large hydropower plants in Mavrovo: Boškov Most and Lukovo Pole. Funding for Boškov Most was secured via a USD 65 million loan from the EBRD, and Lukovo Pole’s USD 70 million investment was through the World Bank. However both banks backpedaled in 2017 and 2015, respectively.

If built the 280MW Nenksra project would irreparably destroy the unique biodiversity of the Caucasus mountains and the economic livelihoods of the indigenous Svan people that have lived for generations in the region. The area proposed for the Nenskra hydropower project covers important natural habitats for brown bears, greater horseshoe bats, and lynx. The area was originally intended to be part of a protected area under the Bern Convention, but the Georgian government decided to exclude the project site. The indigenous Svan communities that depend on their natural surroundings for their livelihood since generations, have been protesting the project over the past several years.

Both the EBRD and the EIB approved loans for the project last year, at USD 214 million and USD 150 million, respectively, but neither have disbursed the money.  The ADB is still considering supporting the project with USD 315 million, and the AIIB could also be awarding it USD 100 million.

“The cases of Boškov Most and Lukovo Pole are cautionary tales. Governments in the Western Balkans are planning 2700 hydropower plants, and in Georgia there are plans for 150 such projects, including the massive Nenskra project. This hydropower tsunami will decimate our last pristine rivers and the livelihoods of people who depend on them. We cannot allow this.

The silver lining is that the banks can learn from their mistakes. Hydropower projects are fraught with risks – to nature, to people and to economies – and must be carefully scrutinised. A disaster was avoided in the case of Mavrovo, and the banks can do the right thing and not fund the Nenskra project.”

“Just as in the Mavrovo national park in North Macedonia, Georgians are rising against hydropower projects that risk scarring the majestic valleys of Upper Svaneti and altering their traditional way of life. Just like the magnificent Mavrovo, this unique landscape is not the spring of money the Georgian government and its partners might see in it. These sub-alpine forests, snow-capped ridges, glacial valleys, and the brown bears, griffon vultures and lynxes that call them home, need to be protected.

Nenskra would wreak havoc on the landscape and take an unbearable toll on the local indigenous communities. People are determined not to let this happen. Development banks need to listen and avoid the bitter experience of the Mavrovo national park. The Nenskra project must not be realized.”