Updated September 10, 2015* Amsterdam/Ulaanbaatar/Prague – Last week, the independent accountability mechanism of the EBRD announced it will investigate *the Bank’s compliance with its environmental and social standards at a mine it finances and is operated by Altain Khuder in the Gobi-Altai region of Mongolia. The investigation comes in response to a complaint filed to the EBRD’s Project Complaint Mechanism (PCM) in December 2014 from herders affected by the project. 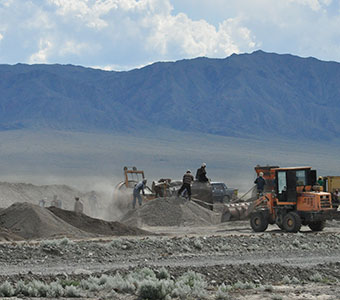 Amsterdam/Ulaanbaatar/Prague – Last week, the independent accountability mechanism of the EBRD announced it will investigate *the Bank’s compliance with its environmental and social standards at a mine it finances and is operated by Altain Khuder in the Gobi-Altai region of Mongolia. The investigation comes in response to a complaint filed to the EBRD’s Project Complaint Mechanism (PCM) in December 2014 from herders affected by the project.

The herders had also requested that the PCM convene a dialogue with the company to address issues of displacement and dust pollution, but the PCM rejected that request. In response to the PCM’s determination, documented in its Eligibility Assessment Report which was published on 28 August, Amibukh, one of the complainants, expressed, “Although we hoped that the PCM could get the company to finally listen to all our concerns, we are not surprised that the company is not cooperating. They have been unresponsive to all our attempts to resolve the issues so far. It’s disappointing, but at the same time we are pleased that there will be an investigation. We invite the PCM to come visit us in Tseel soum and assess the impact of the mine on our lives”. 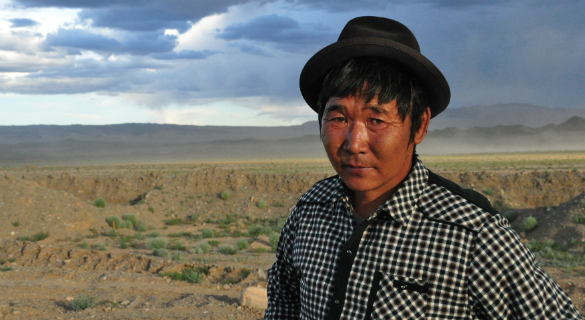 The Eligibility Assessment Report reveals the deteriorating relationship between the EBRD and Altain Khuder. As a result, the EBRD has not received any information from the company regarding environmental and social issues since mid-2013, making it impossible for the Bank to fulfill its obligation to monitor the implementation the agreed action plans. The PCM found that the deteriorating relationship was also, in part, the reason for rejecting the complainants’ request to convene a dialogue between the parties, stating that “the PCM would not be viewed as a suitable forum for dialogue between the Complainants and the Client.” It also cited the lack of cooperation of the EBRD’s client, “the Complainants continue to assert that the Client refuses to engage with them, [and is] in some cases purportedly pursuing legal action against them.”

“We are very disappointed by the PCM’s reasoning for finding the problem solving request not eligible. The fact that Altain Khuder refuses to engage with the herders is exactly why we requested the problem-solving process in the first place,” says Anne Schuit, researcher at the Amsterdam-based Centre for Research on Multinational Corporations (SOMO). “Nevertheless, we hope the compliance review will provide clear recommendations for improvements to the project that will result in meaningful improvements for the lives and livelihoods of the herders.”

Sukhgerel Dugersuren, director at OT Watch, states “It is unacceptable that a company financed by the EBRD can cause unmitigated environmental and social impacts, refuse to engage with the Bank or the PCM, and get away with it. It is the EBRD’s responsibility to ensure that its borrowers comply with its standards and do not further impoverish the communities where they work. We hope that the compliance review will help resolve these issues for the relocated local community members after all.”

The complaint, filed by seven individuals in December 2014, alleges that the mine displaced herders and left them without a suitable alternative resettlement site. As a result they are unable to sustain their livelihoods. In addition, dust pollution as a result of the export of iron ore from the mine to China allegedly causes illnesses to herders and their animals. Herders have brought these impacts to the attention of the company on numerous occasions but rather than solving the problems the company has reacted with intimidation and legal action.

“At the start of the mining boom in Mongolia, Bankwatch warned the EBRD that it would be unsustainable to make Mongolia dependent on mining exports. With slowing demand from China, the Altain Khuder case demonstrates that communities are paying the price for the EBRD’s short-sightedness and are left without redress,” says Fidanka Bacheva-McGrath, EBRD campaign coordinator at CEE Bankwatch Network.

Notes for the editor

1. For the complaint, see http://www.ebrd.com/work-with-us/project-finance/project-complaint-mechanism/pcm-register.html

2. For a report on a fact finding mission to the Tayan Nuur mining area in Mongolia, see
https://bankwatch.org/sites/default/files/when-dust-settles-AltainKhuder.pdf

3. For a multimedia story, see http://stories.bankwatch.org/when-dust-settles

4. For a case study on Altain Khuder and the mining project, see

5. For other press releases regarding this case, see http://grievancemechanisms.org/news/complaint-by-mongolian-herders-about-iron-ore-mining-company-accepted-by-european-development-bank