A public loan guarantee for the planned Tuzla 7 coal power plant in Bosnia and Herzegovina is illegal under the Energy Community Treaty, the Ministerial Council of the Energy Community has confirmed today (Tuesday). If realized, the project would aggravate Tuzla’s air pollution and prevent Bosnia and Herzegovina decarbonising its economy for decades to come. 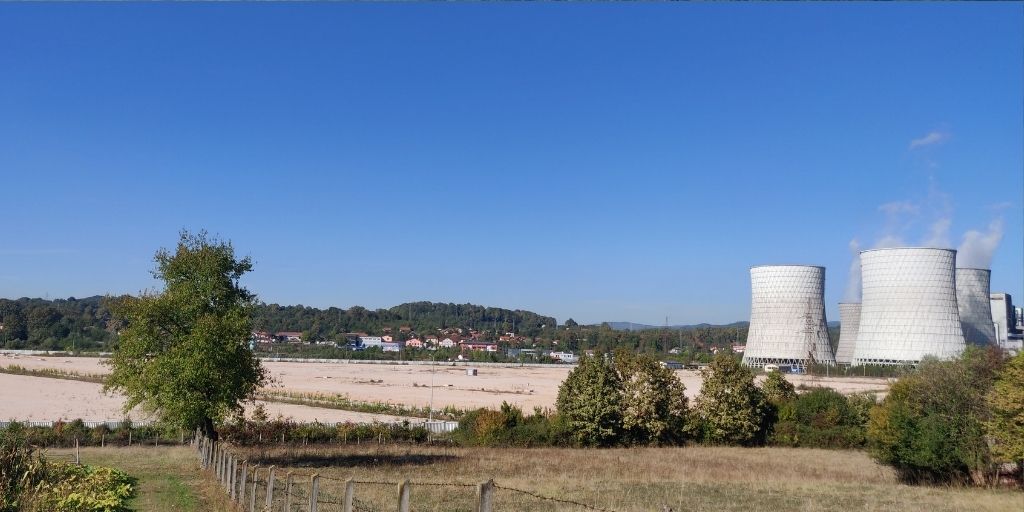 A guarantee for a EUR 614 million loan from China Eximbank to build the 450 MW Tuzla 7 coal plant was cleared by the State Aid Council of Bosnia and Herzegovina in July 2018.

Following a complaint submitted by the Aarhus Center Sarajevo and Bankwatch in September 2018, the Energy Community Secretariat twice advised the Federation of Bosnia and Herzegovina (FBIH) Parliament not to approve the guarantee, after its examination of the case indicated that it would be in breach of EU law.

However, the FBIH parliament’s House of Representatives and House of Peoples defied the warnings and approved the guarantee on 7 March and 1 April 2019.

Under the Energy Community Treaty, Bosnia and Herzegovina must follow EU rules on subsidies in the energy sector. Among other things, in most cases state guarantees may only cover up to 80 percent of the total loan amount.

The guarantee for Tuzla 7, however, covers 100 percent of the loan, plus interest and other associated costs. There are circumstances in which covering the whole loan amount is allowed, but the relevant conditions were not fulfilled in this case.

Since the guarantee was approved, the project has been hit by further setbacks, in particular the withdrawal of GE as an equipment supplier. The lead contractor, China’s Gezhouba Group, has offered alternative Chinese technology which the Federation of Bosnia and Herzegovina authorities are now considering.

‘The loan guarantee for Tuzla 7 has been confirmed as illegal and Gezhouba cannot fulfil its contract. What more do Bosnia and Herzegovina’s decision-makers need to make them drop this fantasy project?’ said Denis Žiško of the Aarhus Centre Tuzla.

‘Fears about Bosnia and Herzegovina’s electricity supply are overblown. If we start reducing our massive energy wastage and invest more in solar and wind, Tuzla 7 can easily be substituted’, he added.

Bosnia and Herzegovina’s independent transmission system operator has confirmed (1) that even if Tuzla 7 is not built, the electricity supply will not be endangered until at least 2030, and even then only if electricity consumption is at the higher end of what is expected.

‘Tuzla 7 is a relic from a bygone age. Just like Slovenia’s notorious Šoštanj unit 6 (2), it would end up as a liability for Bosnia and Herzegovina due to the unrealistically low coal prices used in the feasibility study and the inevitable introduction of carbon pricing’ (3) said Pippa Gallop of CEE Bankwatch Network.

2. Around a decade ago, despite warnings from NGOs and others, Slovenia made the mistake of starting to build the Šoštanj 6 lignite unit, which ended up twice as expensive as planned, with 12 people being charged with offences including money laundering.  The unit started commercial operations in 2016, and every year since then, the Šoštanj plant has made huge losses. In April it was reported that this year’s losses may top EUR 150 million. https://balkangreenenergynews.com/eles-ceo-slovenia-must-set-coal-phaseout-date-as-soon-as-possible/

3. For more on the feasibility study issues, see for example https://unearthed.greenpeace.org/2020/01/14/china-belt-and-road-coal-plants-in-bosnia-serbia-balkans/