A decision today by Ukraine’s nuclear regulator to extend the operations of another Soviet-era reactor has been made in spite of the country’s failure to implement fully the obligations it took on when receiving EU funding for its ageing nuclear fleet. 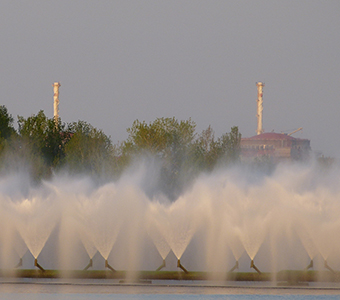 A decision today by Ukraine’s nuclear regulator to extend the operations of another Soviet-era reactor has been made in spite of the country’s failure to implement fully the obligations it took on when receiving EU funding for its ageing nuclear fleet.

Slated for closure by February 2016, the second unit at the Zaporizhska nuclear power plant – located in the proximity of the ongoing war with Russia over the Donbas region – was granted a new lease on life today. The State Nuclear Regulatory Inspectorate Council ruled that the reactor could continue operations until 2026. This follows a similar decision made in September 2016 for unit one at Zaporizhska.

The ruling brings the total number to six reactors with a green light to operate beyond their originally designed lifetime. Together with another nine reactors, as much as 55 per cent of Ukraine’s electricity is provided by these plants [1].

Yet despite its obligation under the UN’s Espoo Convention and the loan agreements signed with the financiers of its nuclear ‘safety upgrade’ programme – the European Bank for Reconstruction and Development and the EU’s Euratom – Ukraine has yet to initiate the requisite discussions regarding the Zaporizhska extensions in its neighbouring countries.

Ukraine is already under scrutiny [2] by the Energy Community for its failure to implement the EU’s Environmental Impact Assessment Directive, a further obligation for Ukraine in receiving its nuclear loans.

Iryna Holovko, campaigner at the National Ecological Centre of Ukraine, said: “Ukrainian authorities need a clear message from the European Commission that disrespect for international obligations comes with consequences. No respect for conventions, no money.”

Bankwatch has also taken legal action against the European Commission over the lack of information provided about its decision to disburse the first tranche of funds to Ukraine. When a 2015 request for information from the Commission’s Directorate for Economic and Monetary Affairs [3] – which has jurisdiction of the loan to Ukraine – was insufficiently answered, Bankwatch referred the case to the European Court of Justice.

Dana Marekova, Bankwatch campaigner in Slovakia, said: “Today’s decision shows little regard for safety and for public opinion. Bankwatch had asked for information from the Commission about the disbursement of loan payments, because we want to understand the rationale for supporting a programme that fails to honor commitments made to international conventions.”

[1] More on individual reactors in Ukraine and their designed lifetimes https://bankwatch.org/image-upload/UAnuclear-map-new.pdf