Home > Press release > NGOs reaction to preparatory works kicking off at Tuzla 7 coal unit in Bosnia-Herzegovina: “This plant is not ready for construction”

NGOs reaction to preparatory works kicking off at Tuzla 7 coal unit in Bosnia-Herzegovina: “This plant is not ready for construction”

Preparatory works for the construction of a new 450 MW coal unit Tuzla 7 are set to start on Friday, even as numerous controversies accompany the project, including an infringement case under the Energy Community Treaty. 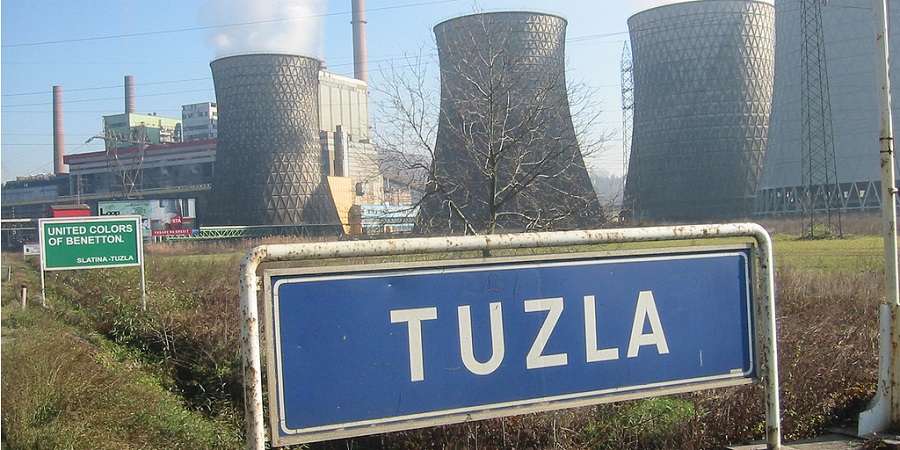 “Tuzla 7 would sentence Bosnia and Herzegovina and its neighbours to several more decades of pollution and greenhouse gas emissions. This project reminds me of a Hans Christian Andersen’s story, The Emperor’s New Clothes. It’s high time that we finally acknowledge that the emperor is naked,”  Denis Žisko of the Centre for Ecology and Energy from Tuzla said. “Europe is moving away from coal – Montenegro just recently announced it was dropping a new coal unit at Pljevlja. This is not only because of coal’s climate and health impacts but because it no longer makes economic sense.”

“Bosnia and Herzegovina’s politicians are hailing this project as the country’s largest post-war investment, but it’s not too big to fail,” warned Pippa Gallop of CEE Bankwatch Network. “The price of coal cited in the feasibility study is unrealistically low and the future price of CO2 was barely taken into account. Similar issues plagued the Šoštanj 6 project in Slovenia and that ended up with huge losses and 10 people being charged for corruption. Instead of pretending that everything is ok, authorities in Bosnia and Herzegovina should face all the problems afflicting this project and reconsider it altogether.”

The project attracted criticism from the EU’s Enlargement Commissioner in March this year after the Bosnia and Herzegovina authorities ignored warnings that a loan guarantee for the project would be illegal (1). The guarantee, for a EUR 614 million loan from China Exim Bank, is subject to an infringement case under the Energy Community Treaty. (2) The case is still ongoing.

Several other issues still plague the project, including an open court case against its environmental permit (3), an ongoing case under the Espoo Convention on Bosnia and Herzegovina’s failure to consult its neighbours over the expected transboundary pollution from the plant (4), and the fact that no site for the plants’ ash waste has been confirmed yet, after community protests resulted in the originally planned location at Šićki Brod being ditched (5).

For more on the Tuzla 7 project, see https://bankwatch.org/project/tuzla-7-lignite-power-plant-bosnia-and-herzegovina-2

For more info about Sostanj see https://bankwatch.org/press_release/slovenia-coal-fraud-charges-serve-as-warning-for-other-balkan-countries-say-ngos and here for an overview of the issues around the Šoštanj 6 project: http://www.focus.si/files/programi/energija/2014/mythbuster.pdf